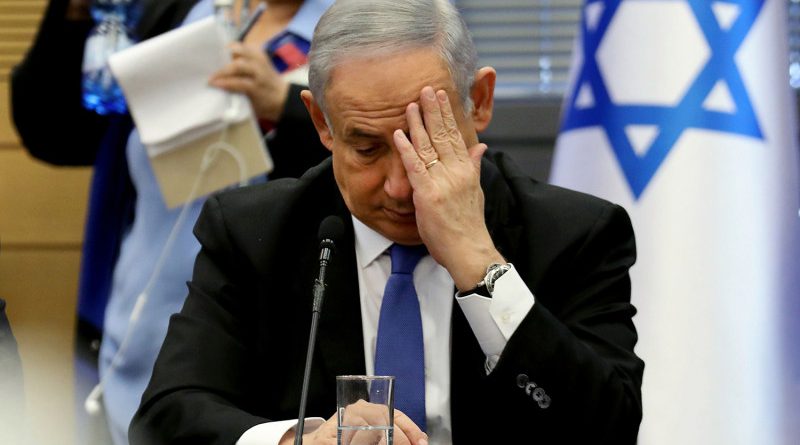 This is a watershed moment for Israel.

Mr Netanyahu is alleged to have accepted gifts from wealthy businessmen and dispensed favours to try to get more positive press coverage.

The prime minister described the charges as an “attempted coup”, blaming them on a “tainted” process.

He has also insisted he will not resign and is not legally obliged to do so.

In a televised speech, Mr Netanyahu said authorities “weren’t after the truth, they were after me”, and called on the country to “investigate the investigators”.

Earlier, Attorney General Avichai Mandelblit said he made the decision “with a heavy heart”, but said it showed nobody was above the law in Israel.

The announcement comes amid a political stand-off in Israel following two inconclusive general elections in April and September.

On Wednesday, Mr Netanyahu’s rival for the premiership, Benny Gantz, said he had been unable to form a governing coalition with a majority in parliament. He had been given the opportunity to try after Mr Netanyahu had earlier failed to do so.

President Reuven Rivlin asked lawmakers on Thursday to agree on a candidate for prime minister within 21 days and avoid an unprecedented third election in a year.

After the charges were announced, Mr Gantz tweeted his support for the attorney general and law enforcement agencies, and wrote it was “a very sad day” for Israel.

What are the charges?

Case 1,000: Mr Netanyahu has been charged with fraud and breach of trust in this case. He is alleged to have received various high-value benefits, including pink champagne and cigars, in return for favours for a wealthy friend. Mr Netanyahu has said they were tokens of friendship and that he did not act inappropriately in exchange for them. The friend similarly denies any wrongdoing.

Case 2,000: Mr Netanyahu faces charges of fraud and breach of trust in this case. He is alleged to have agreed a deal with the publisher of a major newspaper to promote legislation to weaken a rival daily in return for favourable coverage. The publisher has been charged with bribery. Like the prime minister, he denies any wrongdoing. Both men have said they did not intend to promote the matters discussed in their meetings, and the legislation was not passed.

Case 4,000: This is considered the most serious case because Mr Netanyahu has been charged with bribery, as well as fraud and breach of trust. It is alleged that Mr Netanyahu promoted regulatory decisions that favoured a leading telecommunications company in return for favourable news coverage from one of its websites, as part of an agreement with the company’s controlling shareholder. The prime minister has insisted experts supported the regulatory decisions and that he received nothing in return. The shareholder, who has been charged with bribery, also denies wrongdoing.

This is a watershed moment for Israel.

Benjamin Netanyahu’s legal problems have plagued his last few years in office, causing him to focus increasingly on his political survival rather than on governing. They are also one of the reasons for the country’s political paralysis.

Mr Netanyahu has been seeking new laws granting him immunity from prosecution. That was one of factors driving the country’s last two elections, and one reason why there’s been a deadlock in forming a coalition government.

Throughout, the prime minister has categorically denied doing anything wrong. Now he’s in a difficult position.

It was thought some of the charges might be reduced, but the attorney general has indicted him on the full count, including the most serious one: bribery.

It is not clear what this means for Mr Netanyahu’s future. According to Israeli law, he can stay in office until the final verdict – but his political allies will have to decide whether to stick with him in ongoing coalition negotiations.

Members of the opposition said this was a sad day for Israel, but immediately called on Mr Netanyahu to step down and fight his case in court.

It is unclear what this means for Mr Netanyahu’s future.

He is presumed innocent unless proven otherwise, and there is currently no legal barrier to him staying in office as prime minister.

It could take many months before the cases are brought before a district court. And even if convicted, Mr Netanyahu would not be required to step down until the appeals process was exhausted – something that could take years.

However, correspondents say many will question the prime minister’s ability to handle affairs of state if he is simultaneously defending himself in court.

Non-governmental organisations may petition the Supreme Court to force Mr Netanyahu to resign. The court has previously ruled that a cabinet minister charged with a crime must step down or be removed from office, and it would have to decide whether that should also apply to the prime minister.

Allies of Mr Netanyahu in parliament may seek to pass legislation that would grant him immunity from prosecution while in office, and allow lawmakers to overrule a possible Supreme Court ruling reversing that immunity.

Barbara Plett-Usher is a Middle-east Correspondent for BBC. 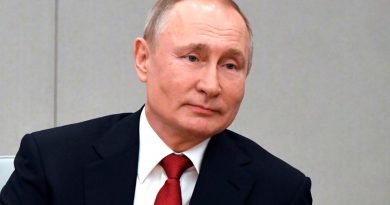 Putin approves changes allowing him to stay in power until 2036 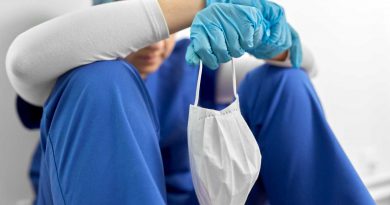 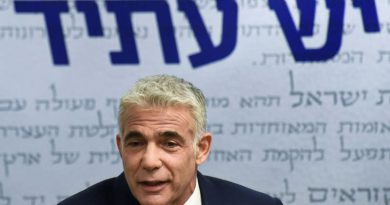