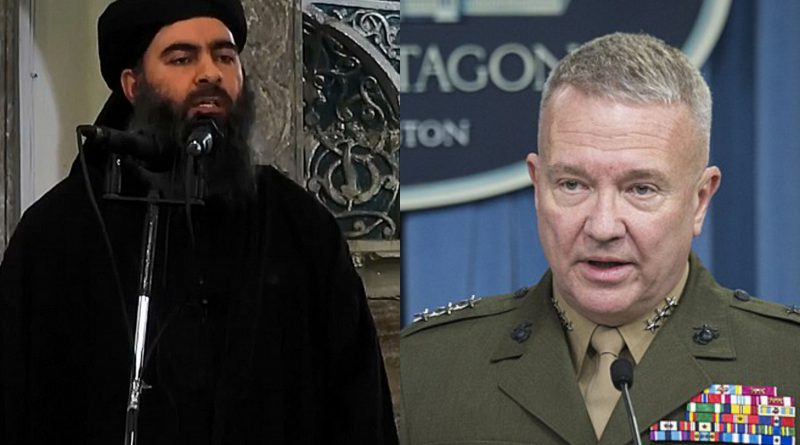 Washington (PTI) — A top American General has said the ISIS is still dangerous and it could attempt a retribution attack after the killing of its leader Abu Bakr al-Baghdadi in a US raid.

The head of US Central Command, General Kenneth McKenzie, speaking to reporters after the Pentagon released video and photos of the US special forces raid that resulted in the death of Baghdadi, acknowledged that the terror group’s leadership may be disjointed and that it could take some time for it to recuperate, but that doesn’t mean it is not a threat.

“ISIS is first and last an ideology so, we’re under no illusions that it’s going to go away just because we killed Baghdadi. It will remain, McKenzie said at a Pentagon news conference.

“They will be dangerous. We suspect they will try some form of retribution attack, and we are postured and prepared for that. But we should recognise that, again, since it’s an ideology, you’re never going to be able to completely stamp it out, he said.

Among the images released by the Defence Department was a black-and-white footage of US troops approaching on foot the high-walled compound in northwestern Syria where Baghdadi was holed up.

The Pentagon also released video of airstrikes on a group of unknown fighters on the ground who opened fire on the helicopters that ferried US forces in for the assault on Baghdadi’s compound in Syria’s Idlib province.

Responding to a question, McKenzie said, “It will take them some time to reestablish someone to lead the organisation. And during that period of time, their actions may be a little bit disjointed.”

McKenzie said that in US’ definition of long-term success against ISIS and other entities like ISIS is not the complete absence of that ideology, but rather its existence at a level where local security forces, wherever in the world it exists, can deal with it.

There is no international connective tissue. There is no ability to attack our homeland. And local forces, perhaps with training and some assistance, perhaps without those things, is going to be able to suppress those entities as they go forward, he said.

We don’t see a bloodless future because, unfortunately, this ideology is going to be out there. But we think there’s a way to get to a point where it’s going to be less and less effective over time, he said.

Responding to a question on the movement of US troops in Deir ez-Zor city in Syria, he said they want to ensure that ISIS is not able to retain possession of any of the oil fields that would allow them to gain income going forward.

We’ve got forces at Deir ez-Zor, that is, we have brought in some reinforcements they are. We’ll await further decisions of the US government about how that plan is going to look in the long term, and I wouldn’t want to get ahead of the Secretary of Defence in describing that, he said.

But, as of right now, we have secured the oil fields at Deir ez-Zor, generally east of the Euphrates River in the vicinity of Conoco in Green Village, for those of you that follow the details on the ground, McKenzie Said. 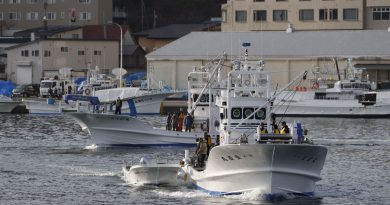 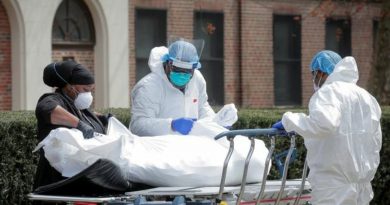 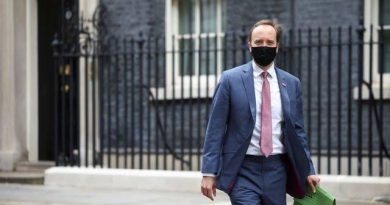 UK minister should have been fired over COVID, says Johnson’s ex-adviser