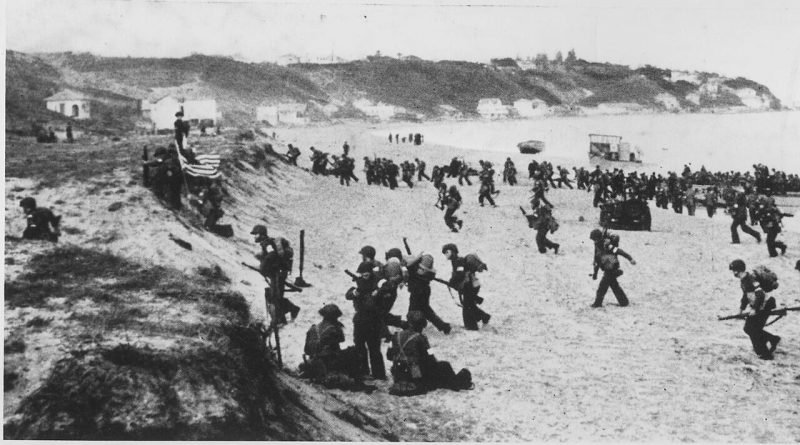 Five days after Montgomery’s forces clinched their victory over Rommel over in Egypt, the Allies defeated their opponents in Morocco and Algeria on November 16.

On November 8,1942, the Western Allies launched Operation Torch, landing in Vichy-controlled Morocco and Algeria to open up a second front in World War II. Torch was a paradoxical operation: The Allies won in just over a week, but losses were relatively high as the operation provided harsh lessons to be learned ahead of the D-Day landings 18 months later.

French soldier Louis Laplace described the shock for the Vichy forces as the Allies landed. “All of a sudden the sirens were going off; it was the first time I heard them in North Africa,” recounted the soldier in Vichy forces’ anti-aircraft division. “A few minutes later, we saw a plane flying low over the water, releasing a curtain of smoke. And then I realised that he was American.”

The British and Americans had decided on the operation a few months before. Winston Churchill’s advocacy of landings in North Africa triumphed over widespread scepticism in Washington. Franklin D. Roosevelt was receptive to Churchill’s strategic vision, overriding his military staff.

Roosevelt wanted US troops involved in a big operation in the fight against Nazi Germany “to stifle popular clamour at home for action”, noted Richard Overy, a professor of history at Exeter University and the author of several books on the Second World War including ‘Why the Allies Won‘. The US president was “also aware of America’s growing dependence on Middle Eastern oil, and Torch would be a way of getting a foothold on an area close to the oil”, Overy continued.

Torch was part of the climax of the long-running North Africa campaign – the predominant theatre for the Western Allies at this point in the war. Britain won a series of resounding victories over fascist Italy in the desert, but were forced onto the back foot when Adolf Hitler deployed German troops under General Erwin Rommel to rescue the Italians.

Then Torch was executed just before the British completed their remarkable victory in the Battle of El Alamein in Egypt on November 11, when Field Marshal Bernard Montgomery’s forces defeated Rommel’s Afrika Corps – the turning point for the Western Allies against Nazi Germany.

The Allies relied on local resistance to carry out the landings, however small it was. In Algeria, they were able to rely on a group of around 400 Résistants which had formed upon the Fall of France in May 1940; French pied noirs in Algeria mainly backed Vichy at the time. The vast majority of the Resistance band were young Jews appalled at the Vichy regime’s anti-Semitic measures. Medical student José Aboulker, who became the leader of the network in Algiers, was among them.

Torch was a colossal logical undertaking, with some 107,000 Allied troops deployed (84,000 American and 23,000 British) as well as 110 transport ships. The high command selected nine landing sites on the North African coast; six in Morocco and three in Algeria.

In Algiers, that Resistance of some 400 people made it easy to put the Vichy forces out of action. They seized the strategic administrative and military centres in the Algerian city and arrested the main military leaders, including Admiral François Darlan – a hugely important figure, formerly the number two to Vichy’s leader Marshall Philippe Pétain, and at that point the commander-in-chief of the Vichy French army – and General Alphonse Juin, commander-in-chief of Vichy forces in North Africa.

But elsewhere things were much more difficult for the Allies. Despite the Resistance taking out the Vichy high command, nearly 500 American and British troops were killed.

“The fighting was very tough,” Quemeneur observed. Vichy officers benefitted from some intelligence regarding the landing plan in Oran. In Morocco and the city of Oran on the Algerian coast, Vichy forces were “ordered to fight – and they did”, the French historian put it. By fighting the Allies directly, Vichy removed any hint of ambiguity about its pro-Nazi position.

“Torch was a pretty botched operation, prepared in haste with [inexperienced] US troops and too little equipment,” Overy said. “Success depended on Montgomery’s progress in the […] desert, and assistance from British air force commanders in getting combined and effective use of air power. In the end, German and Italian forces were bled white by British naval and air power in the Mediterranean, which blockaded the Axis forces in Tunsia. Nevertheless, for the Americans it was a long learning curve, with no real experience to go on.”

Five days after Montgomery’s forces clinched their victory over Rommel over in Egypt, the Allies defeated their opponents in Morocco and Algeria on November 16.

The Germans responded to the landings by occupying the whole of France on November 11, not just the north and Atlantic coastline. The so-called Free Zone in the south, administered by Vichy, no longer existed. Then on November 22, the Allies cemented their success in Operation Torch by signing a political and military co-operation agreement with Darlan as he switched sides.

As well as humiliating Vichy, Operation Torch led to the Western Allies’ successful Italian campaign, starting with the landings on Sicily in 1943. “Torch paved the way for the defeat of Benito Mussolini’s regime as well as the withering of Axis strength in the Mediterranean,” Quemeneur observed.

But unlike the Soviet victory at Stalingrad and the British victory at El Alamein, Torch was not significant enough to be a “pivotal moment” in the fight against Nazi Germany, said French historian Jean-Marie Guillon.

Eventually, the Western Allies’ decisive blow to Nazi Germany came from the D-Day landings in 1944. “The only way victory could be achieved in the West was invasion from Britain and victory in the Battle of the Atlantic,” Overy put it. “Torch contributed very little to this except to show how deficient amphibious warfare doctrine was, and the need to introduce very great improvements.” 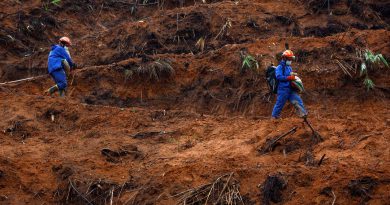 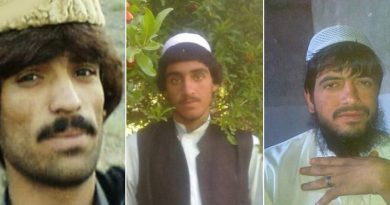 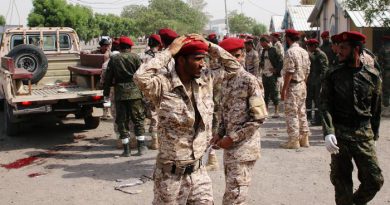