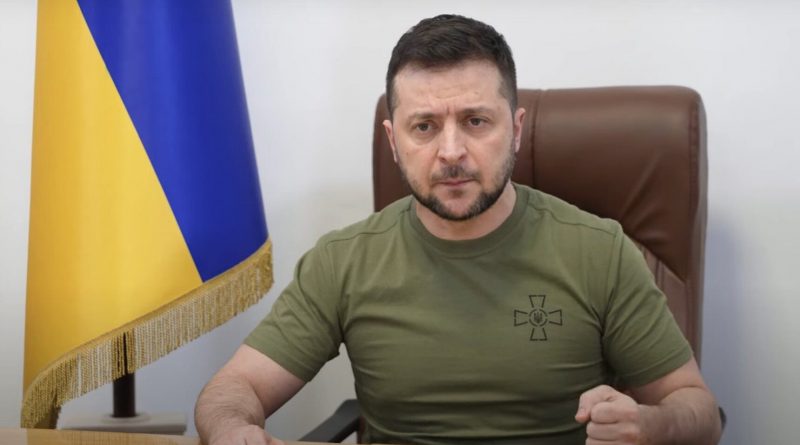 Lviv (Reuters) – Russian and Ukrainian forces fought for control of the port city of Mariupol on Sunday, local authorities said, while Ukrainian President Volodymyr Zelenskiy appealed to Israel for help in pushing back the Russian assault on his country.

In the latest appeal he has made for assistance from abroad, Zelenskiy addressed the Israeli parliament by video link and questioned Israel’s reluctance to sell its Iron Dome missile defence system to Ukraine.

“Everybody knows that your missile defence systems are the best … and that you can definitely help our people, save the lives of Ukrainians, of Ukrainian Jews,” said Zelenskiy, who is of Jewish heritage.

Israeli Prime Minister Naftali Bennett has held numerous calls with both Zelenskiy and Russian President Vladimir Putin to try to end the conflict.

Mariupol has suffered some of the heaviest bombardments since Russia invaded Ukraine on Feb. 24. Many of its 400,000 residents remain trapped there with little if any food, water and power.

The Russian governor of Sevastopol, which Moscow annexed from Ukraine in 2014, said on Sunday that Post Captain Andrei Paliy, deputy commander of Russia’s Black Sea Fleet, had been killed during fighting in Mariupol.

Russia called on Ukrainian forces in Mariupol to lay down their arms, saying a “terrible humanitarian catastrophe” was unfolding.

It said defenders who did so were guaranteed safe passage out of the city and humanitarian corridors would be opened from it at 1000 Moscow time (0700 GMT) on Monday.

Ukrainian Deputy Prime Minister Iryna Vereshchuk said 7,295 people were evacuated from Ukrainian cities through humanitarian corridors on Sunday, 3,985 of them from Mariupol. She said the government planned to send nearly 50 buses to Mariupol on Monday for further evacuations.

Russia and Ukraine have made agreements throughout the war on humanitarian corridors to evacuate civilians, but have accused each other of frequent violations of those.

Capturing Mariupol would help Russian forces secure a land corridor to the Crimea peninsula that Moscow annexed from Ukraine in 2014.

Mariupol city council said on Telegram on Saturday that several thousand residents had been “deported” to Russia over the past week. Russian news agencies said buses had carried hundreds of people Moscow calls refugees from Mariupol to Russia in recent days.

U.S. ambassador to the United Nations Linda Thomas-Greenfield told CNN the deportation accounts were “disturbing” and “unconscionable” if true, but said Washington had not yet confirmed them.

Russian forces bombed an art school on Saturday in which 400 residents were sheltering, but the number of casualties was not yet known, Mariupol’s council said.

Reuters could not independently verify the claims.

On Saturday, Zelenskiy called the siege of Mariupol a war crime and “a terror that will be remembered for centuries to come.”

Greece’s consul general in Mariupol, the last EU diplomat to evacuate the city, said it was joining the ranks of places known for having been destroyed in wars.

Ukraine and its Western backers say Russian ground forces have made few advances in the last week, concentrating instead on artillery and missile strikes.

Zelenskiy’s adviser Oleksiy Arestovych said on Sunday there had been a relative lull over the past 24 hours, with “practically no rocket strikes on cities”. He said front lines were “practically frozen”.

The U.N. refugee agency said 10 million Ukrainians have been displaced, including some 3.4 million who have fled to neighbouring countries such as Poland. Officials in the region said they were reaching capacity to comfortably house refugees.

What are they doing here?

The U.N. human rights office said at least 902 Ukrainian civilians had been killed as of midnight Saturday, though the real toll was probably much higher. Ukrainian prosecutors said 112 children had been killed.

“I want the war to be over, I want them (Russian forces) to leave Ukraine in peace,” said Margarita Morozova, 87, who survived Nazi Germany’s siege of Leningrad in World War Two and has lived in Kharkiv, eastern Ukraine, for the past 60 years.

Russia’s defence ministry said cruise missiles were launched from ships in the Black Sea and Caspian Sea, as well as hypersonic missiles from Crimean airspace.

Hypersonic missiles travel faster than five times the speed of sound and their speed, manoeuvrability and altitude make them difficult to intercept.

Russia deployed them for the first time in Ukraine on Saturday in a strike it said destroyed an underground depot for missiles and aircraft ammunition.

In the southern city of Kherson, video obtained by Reuters showed dozens of protesters, some wrapped in Ukraine’s blue-and-yellow flag, chanting “Go home” in Russian at two military vehicles with Russian markings. The vehicles turned and left.

Foreign Minister Mevlut Cavusoglu of Turkey, which like Israel has tried to mediate, said the sides were getting closer to agreement on “critical” issues.

Kyiv and Moscow reported some progress last week toward a political formula that would guarantee Ukraine’s security, while keeping it outside NATO – a key Russian demand – though each side accused the other of dragging things out.

Russian forces have taken heavy losses, and long columns of troops that bore down on the capital Kyiv have been halted in the suburbs. Ukraine said on Sunday Moscow’s combat losses included 14,700 personnel and 476 tanks.

Russia last acknowledged on March 2 that nearly 500 of its soldiers had been killed. Reuters has not been able to independently verify the death count.

Speaking to CNN, Zelenskiy reiterated he was ready for talks with Putin and that the war would not end without negotiations. 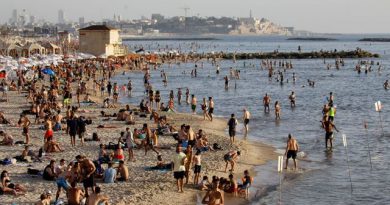 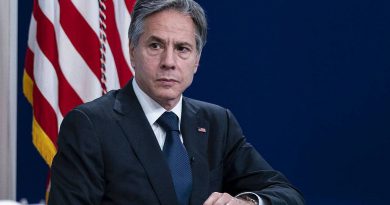 Saudi Arabia denies reports about welcoming Blinken to the Kingdom 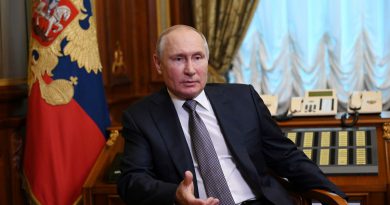 Explainer: Why is Russia’s Putin so focused on Ukraine?