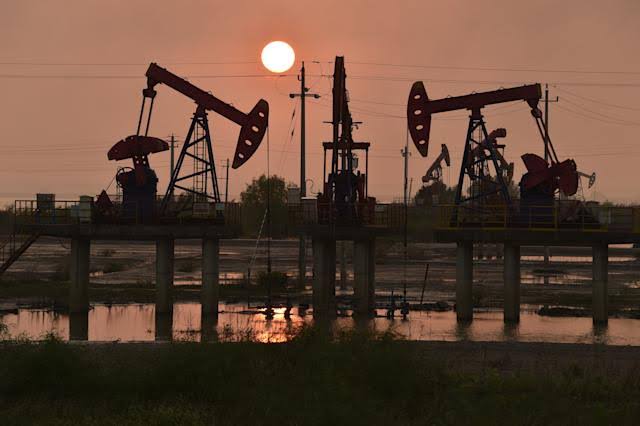 London (Reuters) – Oil prices broke above $100 a barrel for the first time since 2014, stock markets slumped globally and the rouble hit a record low on Thursday after Russian President Vladimir Putin launched an invasion of Ukraine.

Markets displayed all the predictable reactions. Europe’s stock markets tumbled nearly 4% (.FTEU3) in frenzied selling and Wall Street opened down 2.5%, while some traders described Russian and Ukraine markets as “untradeable” due to the sheer scale of the falls and Russia and Kyiv’s central banks tried to step in.

The scramble for safety saw top-rated government bonds rally strongly along with other traditional storm shelters such as the dollar, Swiss franc, Japanese yen and gold. /FRX/GOL

Putin said he had authorised what he called a “special military operation” though Ukraine. Western governments labelled it a full-scale invasion. read more

U.S. President Joe Biden said “severe sanctions” would be imposed on Russia after the attacks, with Europe’s leaders vowing to also freeze assets and shut Russian banks out of their financial markets.

“No one expected this and speculation of Putin’s next step will be the major focus of the coming days,” said Hans Peterson, global head of asset allocation at SEB investment management.

“But this does happen in a phase of the business cycle that is quite strong,” he added, saying how high energy and commodity prices now go is also crucial.

Chaotic moves in Russia’s markets saw the rouble weaken nearly 7% to an unprecedented 86.98 per dollar and there were record 40% falls on the Moscow stock exchange (.IMOEX), which had been forced to suspend trading early on.

Ukraine meanwhile was forced to suspend trading in its currency as its bonds crashed violently as investors bet that it could now default again, as it did after Russia’s 2014 annexation of Crimea.

“It is complete chaos,” send abrdn portfolio manager Viktor Szabo. “Ukraine is untradeable right now and it is carnage in the Russian markets across sovereign and corporate debt”.

Missiles rained down on Ukrainian cities and Ukraine’s authorities reported columns of troops pouring across its borders from Russia and Belarus, and landing on the coast from the Black and Azov seas.

Germany’s DAX (.GDAXI) fell 5%, bearing the brunt of the sell-off due to heavy reliance on Russian energy supplies and the amounts its companies sell to Russia. The surge in oil prices helped limit losses on Britain’s commodity-heavy FTSE 100 (.FTSE), although it still slumped 3.3%.

“In the past when you have had geopolitical flare-ups you tend to have a very volatile periods on markets then normalisation, but it’s difficult to assess when we will get that,” said LGIM portfolio manager Justin Onuekwusi.

The Cost Of Conflict

In the major FX markets, the dollar was up 0.5% against a basket of other top currencies . Almost every asset class has seen a sharp increase in volatility amid the deepening crisis. The Cboe Volatility Index, known as Wall Street’s “fear gauge”, is up more than 55% over the past nine days. (.VIX)

Fears Russia will now squeeze global energy markets saw Brent futures jump more than 8% past $100 a barrel for the first time since September 2014. Nearly 40% of the European Union’s natural gas and 26% of its crude oil comes from Russia.

With both Ukraine and Russia also big crop producers, wheat and corn prices surged more than 5%, while gold jumped more than 1.7% to its highest since early January 2021.

Investors have also been grappling with the prospect of imminent policy tightening by the U.S. Federal Reserve aimed at combating surging inflation. The question now is whether the conflict will give central bankers a reason to delay those moves or whether the further rise in energy prices could spur them on.

While expectations of an aggressive 50-basis-point hike at the Fed’s March meeting have eased, Fed funds futures continue to point to at least six rate hikes this year. FEDWATCH

“Markets are now more adequately pricing in the risk of something horrific happening. That, combined with the uncertainty, is a horrible environment to be in. No one wants risk exposure when that’s floating around,” said Rob Carnell, head of Asia Pacific research at ING. 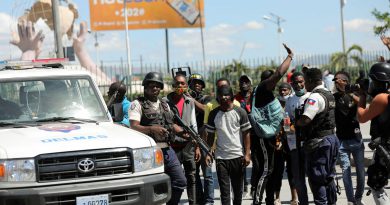 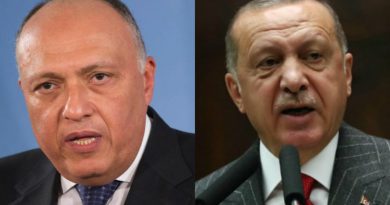