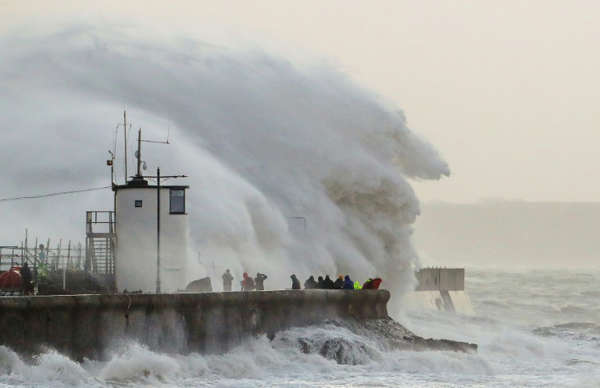 London (AFP) – Millions hunkered down as Storm Eunice pummelled Britain with record-breaking winds on Friday, killing one man in Ireland and disrupting flights, trains and ferries across Western Europe.

London was eerily empty after the British capital was placed under its first ever “red” weather warning, meaning there is “danger to life”.

The same rare level of alert was in place across southern England and South Wales, where schools were closed and transport paralysed.

Eunice knocked out power to 80,000 homes and businesses in Ireland and more than 5,000 in Cornwall and Devon, southwest England, as towering waves breached sea walls along the coast.

The man in his 60s was killed by a falling tree in the Ballythomas area of southeast Ireland, police said.

One wind gust of 122 miles (196 kilometres) per hour was measured on the Isle of Wight off southern England, “provisionally the highest gust ever recorded in England”, the Met Office said.

A large section of the roof on the Millennium Dome in southeast London was shredded by the high winds, while all trains in Wales, western England and Kent in southeast England were cancelled.

At the Tan Hill Inn, Britain’s highest pub in Yorkshire, staff were busy preparing even if the winds remained merely blustery in the region of northern England.

“But with the snow coming in now, the wind’s increasing, we’re battening down the hatches, getting ready for a bad day and worse night,” pub maintenance worker Angus Leslie told AFP.

Eunice accrued potency in an Atlantic “sting jet”, a rarely seen meteorological phenomenon that brought havoc to Britain in the “Great Storm” of 1987, and sparked a red alert also in the Netherlands.

High waves battered the Brittany coast in northwest France. Long-distance and regional trains were being gradually halted in northern Germany, while warnings were also in place in Belgium, Denmark and Sweden.

Ferries across the Channel, the world’s busiest shipping lane, were cancelled, as were flights from northern Europe’s aviation hubs. Hundreds were cancelled or delayed at Heathrow and Gatwick in London, and Schiphol in Amsterdam.

Prime Minister Boris Johnson, who has placed the British army on standby, tweeted: “We should all follow the advice and take precautions to keep safe.”

The Met Office warned that roofs could be blown off, trees uprooted and power lines brought down across southern Britain. Widespread delays and cancellations were reported on bus and ferry services, with high bridges closed to traffic.

Environment Agency official Roy Stokes warned weather watchers and amateur photographers against heading to Britain’s southern coastline in search of dramatic footage, calling it “probably the most stupid thing you can do”.

London’s rush-hour streets, where activity has been slowly returning to pre-pandemic levels, were virtually deserted as many heeded government advice to stay home.

Trains into the capital were already running limited services during the morning commute, with speed limits in place.

The RAC breakdown service said it was receiving unusually low numbers of callouts on Britain’s main roads, indicating that motorists are “taking the weather warnings seriously and not setting out”.

The arriving storm forced Prince Charles, the heir to the throne, to postpone a trip to South Wales on Friday “in the interests of public safety”, his office said.

Another storm, Dudley, caused transport disruption and power outages when it hit Britain on Wednesday, although damage was not widespread.

Experts said the frequency and intensity of the storms could not be linked necessarily to climate change, but that storms were causing more damage as a result.

“There is very little evidence that winds in these winter storms have gotten stronger with climate change,” said Richard Allan, professor of climate science at the University of Reading.

“Yet with more intense rainfall and higher sea levels as human-caused climate change continues to heat the planet, flooding from coastal storm surges and prolonged deluges will worsen still further when these rare, explosive storms hit us in a warmer world.” 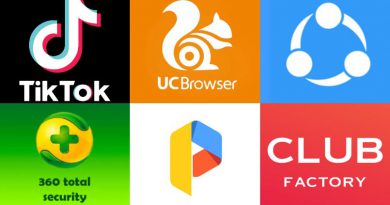 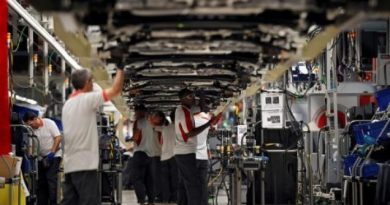 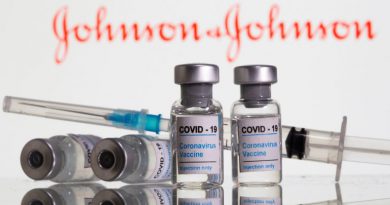 J&J to make up to three billion COVID-19 vaccines in 2022: chief scientist