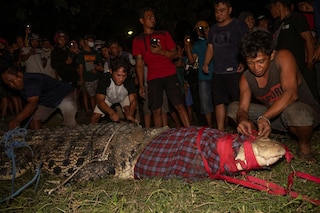 Palu Indonesia (Reuters) – An elusive Indonesian crocodile, which has swum around with a motorcycle tyre stuck around its neck for six years, has finally been freed by an animal lover on the island of Sulawesi.

The roughly four-metre (13.12 ft) crocodile had generated sympathy among some residents in the city of Palu who feared the tyre might eventually choke the reptile as it grew in size.

But it had proved very difficult to capture. At one point, an Australian crocodile wrangler attempted to free the reptile but was unsuccessful.

“I caught the crocodile by myself. I was asking for help from people here but they were scared,” said local resident Tili, 35, who like many Indonesians uses one name.

He set up a basic trap with a rope tied to a log and using live chickens and ducks as bait.

But after tracking the reptile for three weeks, the wily crocodile managed to escape his trap on two occasions before finally being captured.

“Many people were sceptical about me and thought I was not serious” about capturing the crocodile, said Tili, beaming as he posed for pictures in front of the tethered reptile after using a saw to remove the tyre.

In 2020, authorities in the province had offered an unspecified reward for anyone who could remove the tyre, though for Tili it did not appear this was his main motivation.

“I just can’t stand to see animals hurt. Even snakes, I will help,” said Tili, whose wildlife expertise is self-taught.

The reptile, which local people had referred to as “buaya kalung ban” (crocodile with a tyre necklace), was released back into the river on Monday evening. 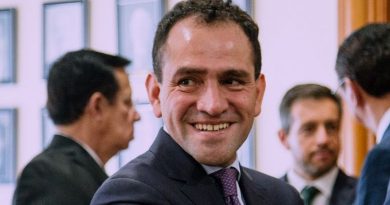 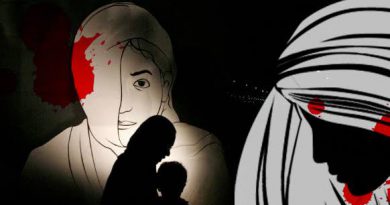 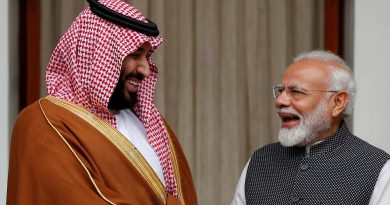