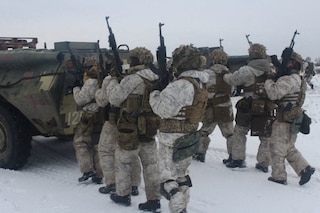 Washington (Reuters) – The United States will send nearly 3,000 extra troops to Poland and Romania to reinforce Eastern European NATO allies in the face of what Washington describes as a Russian threat to invade Ukraine, U.S. officials said on Wednesday.

Russia, for its part, signalled it was in no mood for compromise by mocking Britain, calling Prime Minister Boris Johnson “utterly confused” and ridiculing British politicians for their “stupidity and ignorance”.

Moscow has massed more than 100,000 troops near Ukraine’s borders. It denies any plan to invade its neighbour but says it could take unspecified military measures if its demands are not met, including a promise by NATO never to admit Kyiv.

The objective, Pentagon spokesperson John Kirby said, was to send a “strong signal” to President Vladimir Putin “and frankly, to the world, that NATO matters to the United States and it matters to our allies”.

“We know that he also bristles at NATO, about NATO. He’s made no secret of that. We are making it clear that we’re going to be prepared to defend our NATO allies if it comes to that. Hopefully it won’t come to that.”

Poland’s Defense Minister Mariusz Blaszczak said in a tweet: “Strengthening the US presence in Poland by 1,700 troops is a strong signal of solidarity in response to possible Russian aggression against Ukraine.”

Efforts to reach a diplomatic solution have faltered in recent weeks, with Western countries describing Russia’s main demands as non-starters and Moscow showing no sign of withdrawing them.

Russia’s slurs aimed at Britain, which has staked out a tough position in recent weeks, were caustic even by the Kremlin’s increasingly confrontational standards.

Asked about plans for a phone call between Putin and Johnson, Kremlin spokesman Dmitry Peskov said: “It makes sense to speak to anybody. Russia and President Putin are open to communicating with everyone. Even to someone who is utterly confused, he is prepared to provide exhaustive explanations.”

Johnson, who cancelled a call with Putin on Monday to answer questions in parliament about accusations his staff violated COVID-19 lockdown rules, visited Kyiv on Tuesday where he accused Russia of holding a gun to Ukraine’s head.

Russia’s Foreign Ministry mocked Johnson’s foreign secretary, Liz Truss, for saying Britain was sending supplies to its “Baltic allies across the Black Sea” – two bodies of water that are on opposite sides of Europe.

“Mrs Truss, your knowledge of history is nothing compared to your knowledge of geography,” Russian Foreign Ministry spokesperson Maria Zakharova wrote in a blog post. “If anyone needs saving from anything, it’s the world, from the stupidity and ignorance of British politicians.”

Nor did the Kremlin reserve its wit for Britain. Noting that White House spokesperson Jen Psaki had compared Moscow to a fox shouting from the top of a chicken coop, Peskov said: “Actually, it’s always traditional to compare Russia to a bear. But a bear can’t stand on a chicken coop. It is too big and heavy.”

The swipes came a day after Putin spoke about the Ukraine crisis publicly for the first time this year. In his remarks, he laid out a worldview in which Russia was being forced to protect itself from U.S. aggression and Washington was trying to lure Moscow into war by insisting on the possibility that Ukraine could join NATO.

“It’s already clear now … that fundamental Russian concerns were ignored,” Putin said on Tuesday. Describing a scenario in which Ukraine joins NATO and then attacks Russian forces, he asked: “Are we supposed to go to war with the NATO bloc? Has anyone given that any thought? Apparently not.”

Washington has said it will not send troops to Ukraine itself to shield it from a Russian attack, but would impose financial sanctions on Moscow and send arms to help Ukrainians defend themselves.

Russia, still Europe’s main energy supplier despite being under U.S. and EU sanctions since annexing Crimea from Ukraine in 2014, brushes off additional sanctions as an empty threat.

Washington and its allies have rejected Russia’s two main demands – that Ukraine be barred from ever joining NATO and that deployments of troops in eastern European countries that joined the alliance after the end of the Cold War be rolled back.

Spanish newspaper El Pais released what it said was a leaked copy of a U.S. response to Russian demands, in which Washington offered talks with Moscow on an agreement for both sides to refrain from stationing offensive missiles or troops in Ukraine.

Washington could also provide reassurance that it had no cruise missiles in Poland or Romania, and discuss steps to prevent dangerous incidents at air or sea, said the document, which appeared to be in line with the public U.S. position. 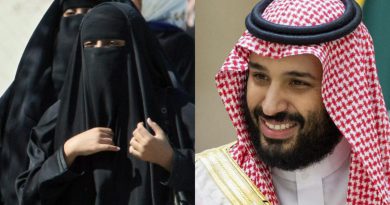 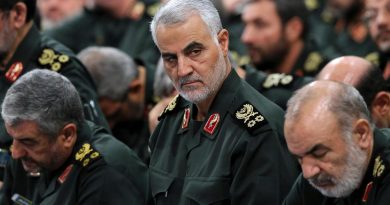 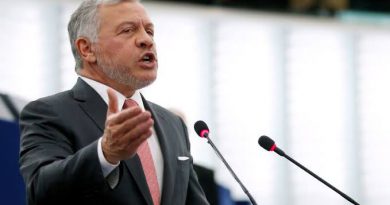