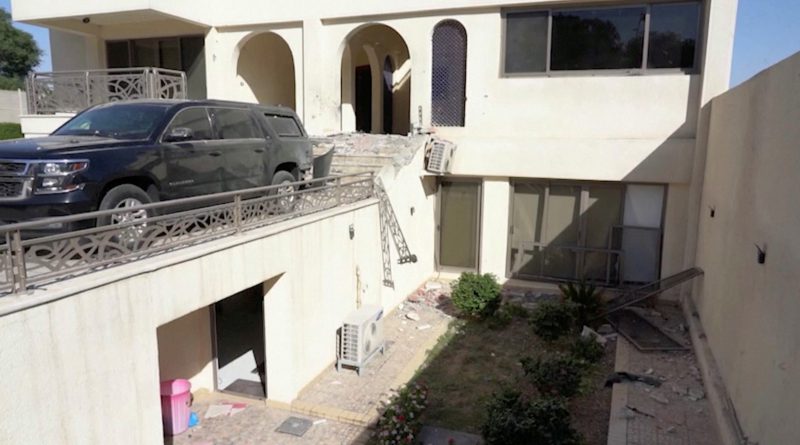 Kadhimi appeared in a video footage published by his office on Sunday chairing a meeting with top security commanders to discuss the drone attack.

“The cowardly terrorist attack that targeted the home of the prime minister last night with the aim of assassinating him, is a serious targeting of the Iraqi state by criminal armed groups,” his office said in a statement after the meeting.

Six of Kadhimi’s guards outside his residence in the fortified Green Zone were wounded, security sources told Reuters.

Three drones were used in the attack, including two that were downed by security forces while a third drone hit the residence, state news agency INA quoted an interior ministry spokesperson as saying.

A spokesperson for the armed forces commander in chief said that after the attack the security situation was stable in the Green Zone, which houses the residence, government buildings and foreign embassies.

The attack came two days after clashes in Baghdad between government forces and supporters of Iran-backed political parties that lost dozens of parliamentary seats after an Oct. 10 general election. Most of the parties have armed wings.

Kadhimi ordered a probe into the deaths and injuries of demonstrators and security forces in those clashes.

President Barham Salih condemned the attack as a heinous crime against Iraq. “We cannot accept that Iraq will be dragged into chaos and a coup against its constitutional system,” he said in a tweet.

Shi’ite Muslim cleric Moqtada al-Sadr, whose party was the biggest winner in last month’s election, called the attack a terrorist act against Iraq’s stability that aimed to “return Iraq to a state of chaos to be controlled by non-state forces”.

Video released by the prime minister’s office showed damage to parts of the residence, unexploded ordnance on the roof, and a damaged SUV vehicle parked in the garage.

Security forces retrieved the remains of a small explosive-laden drone, a security official with knowledge of the attack told Reuters.

“It’s premature now to say who carried out the attack,” the official said on condition of anonymity as he was not authorized to comment on security details.

The Iraqi military said in a statement the attack targeted Kadhimi’s residence and that he was in “good health,” giving no further detail.

Two government officials said Kadhimi’s residence was hit by at least one explosion.

Western diplomats based nearby in the Green Zone said they heard explosions and gunfire.

The United States offered assistance with the investigation.

“The perpetrators of this terrorist attack on the Iraqi state must be held accountable. I condemn in the strongest terms those using violence to undermine Iraq’s democratic process,” U.S. President Joe Biden said in a statement, praising Kadhimi’s call for “calm, restraint and dialogue.”

U.N. Secretary-General Antonio Guterres called on Iraqis “to exercise utmost restraint and reject all violence and any attempts to destabilize Iraq,” his spokesperson said, adding that Gutteres urged all sides to resolve differences through dialogue.

The groups leading protests about the Oct. 10 vote are heavily armed Iran-backed militias that lost much of their parliamentary power in the election. They have alleged voting and vote-counting irregularities, allegations rejected by Iraqi election officials.

Demonstrations by their supporters turned violent on Friday when protesters pelted police with stones near the Green Zone, injuring several officers.

The police responded with tear gas and live gunfire, killing at least one demonstrator, according to security and hospital sources in Baghdad.

Analysts say the election results reflected anger towards the Iran-backed armed groups, which are widely accused of involvement in the killing of nearly 600 protesters who took the street in separate, anti-government demonstrations in 2019.

Heads of various political parties, most of which have armed wings and are aligned with Iran, denounced the drone attack and called on the government to investigate and hold the perpetrators to account.

A security official from the Iran-backed Kataib Hezbollah group in Iraq dismissed suggestions on Sunday that Iraqi groups were behind the attack on Kadhimi. 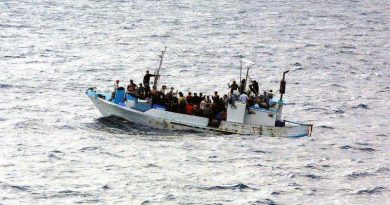 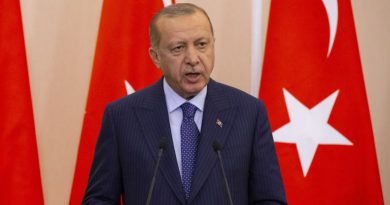 Turkey says it will send troops to help Azerbaijan if requested 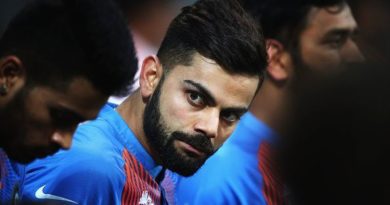