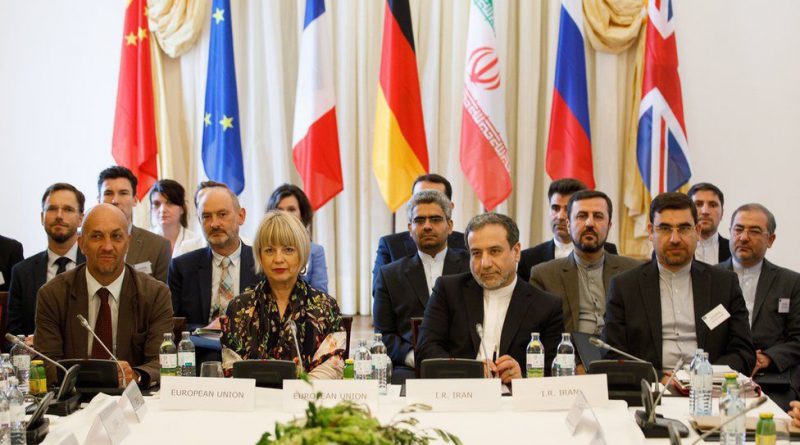 After the sixth round of nuclear talks in Vienna about reviving the Joint Comprehensive Plan of Action (JCPOA), where Rouhani’s administration and the P5+1 negotiators made positive comments about the outcome of the talks, the international community expected an agreement to be reached soon.

However, now, four months after the talks were stopped and three months after Ebrahim Raisi took office in Iran, apparently the talks are at a complete standstill, and it is not even possible to set a date for the resumption of the talks. Meanwhile, the main parties of the talks, the United States, and Iran have accused each other of stalling the talks.

On the Iranian side, although Ali Khamenei is the primary decision-maker since he does not want to take responsibility for the consequences of his decisions, he avoids making public comments on the negotiations and has left it to Raisi’s administration.

But Raisi and his negotiating team are also in a very difficult situation. On the one hand, Iran desperately needs the lifting of sanctions in order to sell oil and to get access to its blocked money to inject some kind of relief to the catastrophic economic situation that has caused inflation to rise above 50% and the majority of people to be pushed below the poverty line, causing public discontent and dissatisfaction.

On the other hand, they know any setbacks and concessions in these negotiations will lead to further setbacks not only in the nuclear program but also in long-range missile production, human rights violations regime’s terrorist activities, and adventurous interventions in the region.

Submission to any of these demands will have serious consequences and could bring the regime to the verge of collapse.

As a result, by killing time they are trying to advance their nuclear program as much as they can, and by increasing the enriched uranium stockpile well above their commitment under the JCPOA accord, as well as raising the enrichment level to 60%, and imposing various access restrictions on monitoring their nuclear activities at various sites, including on the cameras installed by International Atomic Energy Agency (IAEA), and also fostering news that the time required to build an atomic bomb has been reduced to a few weeks they want to indirectly put pressure on the United States and Europe to give in to their demands and lift the sanctions imposed by Trump without introducing new issues.

As Rafael Grossi, Director General of IAEA, in his report to IAEA Board of Governors mentions: “the Islamic Republic of Iran has refused to answer the IAEA’s questions and ambiguities, leaving the IAEA unable to carry out its mission. That is, to prevent the proliferation of nuclear weapons”.

Meanwhile, Iran is counting on creating a rift between the United States and Europe and is banking on Europe’s desire to lift the sanctions so it can both import oil and gas from Iran and enter again in Iran’s profitable market.

To this end, each time Iran has set different conditions for the resumption of negotiations. For example, at first, they asked all sanctions to be lifted and after ‎it was verified, then ‎they would resume the talks‎.

But when the United States did not give in to this request, it dropped that condition, and the regime’s foreign minister, Abdullahian, raised the issue of releasing $10 billion of Iranian frozen assets as a goodwill sign to return to negotiations.

But when confronted again with a negative response from the United States, in order to deny responsibility for the stalemate, the spokesman for the regime’s foreign ministry said that Iran had not set any preconditions for the talks, and thus withdrew from that condition too.

Iran’s latest tactic to create a rift between the United States and other JCPOA members was to propose negotiations in Brussels instead of Vienna, where the United States is not present. But European countries, realizing that the Iranian regime is no longer able to impose its conditions on them, rejected this offer and threatened that they might consider referring Iran’s nuclear dossier to the Board of Governors if Iran did not return to its commitments to verify its nuclear program. In a way, they warned the regime that the time for negotiations was coming to an end. French Foreign Minister Jean-Yves Le Drian called Iran’s nuclear program unprecedentedly dangerous and called the rescue of the nuclear deal a critical moment.

US Secretary of State Anthony Blinken also said during a visit to Israel that if the talks fail, all options will be on the table, which clearly meant a military option. Meanwhile, President Biden’s special envoy for Iran, Robert Malley, traveled to Iran’s southern neighbors and held talks on the nuclear issues and Iran’s meddling in the region with United Arab Emirates, Qatar, and Saudi Arabia representatives, then he traveled to Paris and met with representatives of Britain, France, and Germany and negotiated and discussed alternative plan B.

In other words, in the next step, Iran will be condemned for violating the JCPOA in the IAEA’s meeting of the Board of Governors, and Iran’s nuclear file will be returned to the Security Council. In that case, in addition to re-imposing all the UN sanctions on Iran under Chapter VII of the UN Charter, the United States will be free to take military action against the regime’s nuclear facilities.

The question now is how to get this situation out of the impasse and prevent Iran from acquiring an atomic bomb?

Pro-appeasement politicians want to make concessions to the regime, that is, lift sanctions, in the hope that they can prevent Iran from acquiring a nuclear weapon under the JCPOA agreement, arguing that since Trump’s withdrawal from JCPOA, Iran has gotten closer to the acquirement of a nuclear weapon and if United States had not withdrawn from JCPOA, Iran would not be at this stage now to have advanced centrifuges and to store this amount of enriched uranium.

But these politicians do not pay attention to the fact that the regime is not trustworthy at all, and according to regime officials such as Ali Akbar Salehi, the former head of the Atomic Energy Organization of Iran, they secretly pursued their nuclear program even before Trump left the JCPOA. Therefore, any agreement with this regime based on trusting them is fundamentally doomed to fail, because this regime considers the acquisition of nuclear weapons as a guarantee of its survival and follows the North Korean model, and only waits for the right time to pass its final stages of atomic bomb testing.

If we proceed in the same way Iran will certainly acquire nuclear weapons, which would be a disaster not only for the people of Iran and the region but for the whole world.

The only real way to prevent Iran from becoming a nuclear state is to stand with the people of Iran and support their quest for regime change. A free, democratic, and nuclear-free Iran is what the people of Iran genuinely want, and expect the international community to echo their wishes and help them make it a reality.

This is the overwhelming desire of the Iranian people which was clearly and peacefully expressed by boycotting the recent sham presidential election. 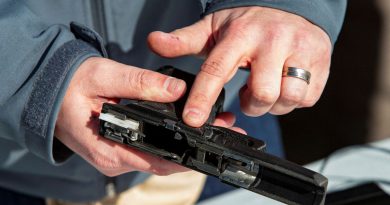 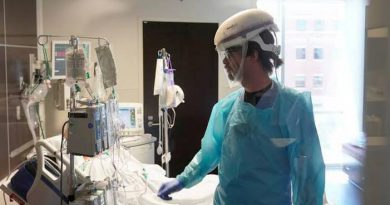