A 2015 nuclear deal between Iran and world powers is being eroded and efforts to revive the pact face a new challenge with a decision by Tehran to resume 20% uranium enrichment at an underground nuclear facility.

The accord’s restrictions on Iran’s atomic work had one objective: to extend the “breakout time” for Tehran to produce enough fissile material for a bomb, if it decided to make one, to at least a year from about two to three months.

Iran maintains that it has never sought nuclear weapons and never would. It says its nuclear work only has civilian aims.

Tehran began breaching the deal’s curbs in 2019 in a step-by-step response to President Donald Trump’s withdrawal from the deal in May 2018 and the reimposition of U.S. sanctions.

This has shortened the breakout time but reports by the U.N. International Atomic Energy Agency (IAEA), which polices the deal, indicate that Iran is not moving ahead with its nuclear work as fast as it could.

European states have sought to save the nuclear deal, pressing Tehran to comply even as Washington has tightened sanctions, and holding out hopes of a change in U.S. policy once President-elect Joe Biden takes office on Jan. 20.

Biden was part of the U.S. administration under Barack Obama that negotiated the 2015 deal.

What has Iran done till now?

Iran has contravened many of the deal’s restrictions but is still cooperating with the IAEA and granting inspectors access under one of the most intrusive nuclear verification regimes imposed on any nation.

* Enriched uranium – The deal limits Iran’s stockpile of enriched uranium to 202.8 kg, a fraction of the more than eight tonnes it possessed before the deal. The limit was breached in 2019. The IAEA report in November put the stockpile at 2,442.9 kg.

* Enrichment level – The deal caps the fissile purity to which Iran can refine uranium at 3.67%, far below the 20% achieved before the deal and below the weapons-grade level of 90%. Iran breached the 3.67% cap in July 2019 and the enrichment level has remained steady at up to 4.5% since then.

* Centrifuges – The deal allows Iran to produce enriched uranium using about 5,000 first-generation IR-1 centrifuges at its underground Natanz plant, which was built to house more than 50,000. It can operate small numbers of more advanced models above ground without accumulating enriched uranium. Iran had roughly 19,000 installed centrifuges before the deal.

* Fordow – The deal bans enrichment at Fordow, a site Iran secretly built inside a mountain and that was exposed by Western intelligence services in 2009. Centrifuges are allowed there for other purposes, like producing stable isotopes. Iran now has 1,044 IR-1 centrifuges enriching there.

On Monday Iran said it was resuming 20 percent enrichment at Fordow, possibly complicating efforts by the Biden administration to rejoin the deal.

How close is Iran to having a Bomb?

The breaches lengthened the breakout time but estimates still vary. Many diplomats and nuclear experts say the starting point of one year is conservative and Iran would need longer.

David Albright, a former U.N. weapons inspector who tends to have a hawkish position on Iran, estimated in November that Iran’s breakout time could be “as short as 3.5 months”, although this presumes Iran would use 1,000 advanced centrifuges that were removed under the deal.

What more would Iran need to do?

If Iran accumulated sufficient fissile material, it would need to assemble a bomb and probably one small enough to be carried by its ballistic missiles. How long that would take exactly is unclear, but stockpiling enough fissile material is widely seen as the biggest hurdle in producing a weapon.

U.S. intelligence agencies and the IAEA believe Iran once had a nuclear weapons programme that it halted. There is evidence suggesting Iran obtained a design for a nuclear weapon and carried out various types of work relevant to making one.

Iran and the IAEA resolved a standoff in 2020 that had lasted several months over access to two suspected former sites. 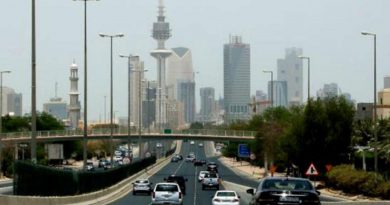 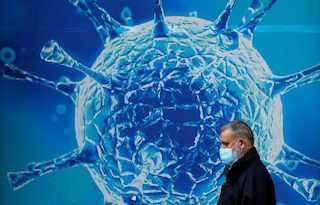 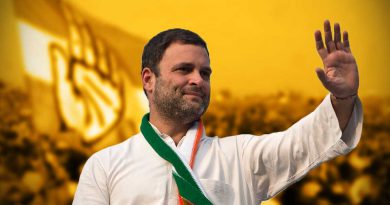 Rahul Gandhi is not “Pappu”, his journey from Harvard till Cambridge is inspiring