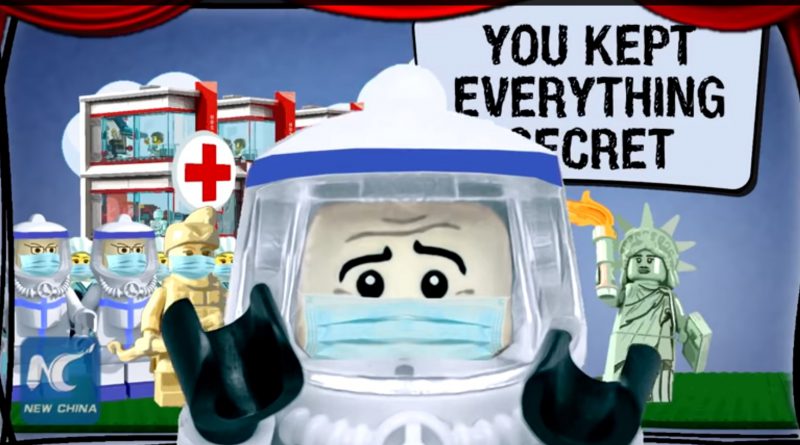 Shanghai (Reuters) – China has published a short animation titled “Once Upon a Virus” mocking the U.S. response to the new coronavirus using Lego-like figures to represent the two countries.

Washington and Beijing are locked in a war of words over the origins of the disease, which emerged in the Chinese city of Wuhan and has grown into a global pandemic.

U.S. President Donald Trump said on Thursday he was confident the coronavirus may have originated in a Chinese virology lab, but declined to describe the evidence.

In the animation posted online by China’s official Xinhua news agency, red curtains open to reveal a stage featuring Lego-like figures in the form of a terracotta warrior wearing a face mask and the Statue of Liberty.

“We discovered a new virus,” says the warrior.

“So what?” replies the Statue of Liberty. “It’s only a flu.”

As the warrior issues warnings about the virus and counts off the grim milestones in China’s outbreak, the Statue of Liberty replies dismissively with echoes of Trump’s press conferences in which he played down the severity of the illness.

“Are you listening to yourselves?” asks the warrior as the statue begins to turn red with fever and gets hooked up to an intravenous drip.

“We are always correct, even though we contradict ourselves,” the statue replies.

“That’s what I love about you Americans, your consistency,” says the warrior.

The United States and other countries have accused China of misleading the world about the severity of the outbreak, and there are growing calls for an international inquiry into the origins of the virus.

In an interview with Reuters, Trump said he believes China’s handling of the coronavirus pandemic is proof that Beijing “will do anything they can” to make him lose his re-election bid in November. 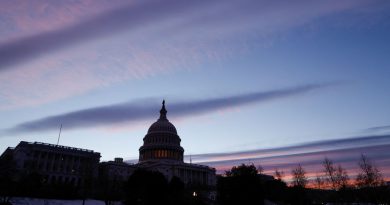 Biden to call Trump a threat to democracy on U.S. Capitol attack anniversary 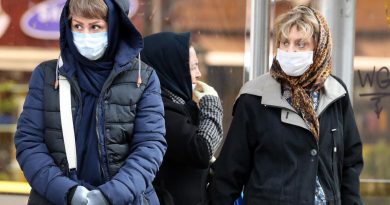 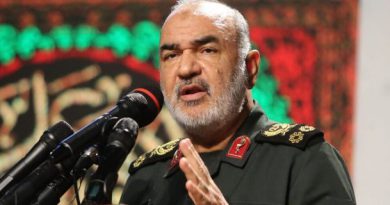