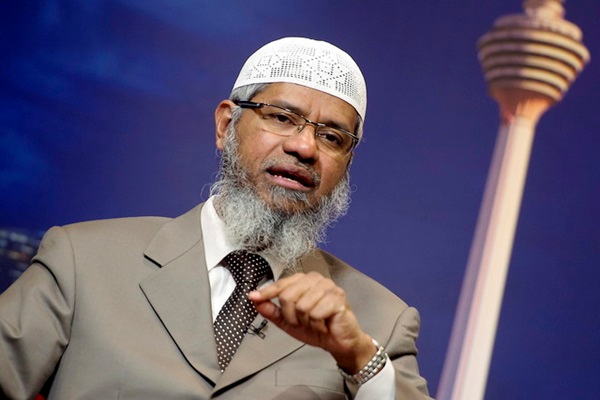 I was of the opinion as the rest of the Muslims that “the enemies of Muslims” are after Dr. Zakir Naik and they want to confront his divine work with a brute force. And this gladiator is facing a test of God, but later I realized it was his own stupidity which landed him in the controversy.

Before you start calling me an RSS agent or an Israeli agent, please give yourself a break and start using your instincts. I am a Muslim who has a pain for the fellow Muslims, but I feel disturbed when a person goes arrogant and sticks to his own weird views and the harm has to be born by the rest of the community.

Dr. Naik during his speech in Kelantan Malaysia on August 8 was explaining how Islam peacefully came to Malaysia and Indonesia without the use of sword, then he explained how Chinese came and settled in Malaysia.

And I don’t know what happened to him suddenly, he started ranting—”some people calling me as a Guest”—and he said if a new guest (referring to himself) has to go out, then let the old guests (Chinese) should go before him.

I wonder, how does he know that all Malay Hindus support Modi? Isn’t he jeopardizing their situation in Malaysia by making the 61% Malay Muslims suspicious about the 6.4% Malay Hindus?

Imagine, a Hindutva demagogue says, Muslims in India are enjoying more rights than Hindus in Pakistan, and still they support Pakistan and they aren’t loyal to the Indian soil. How will be your situation?

Think realistically and say, should the Government allow such a person to make public speeches or should he be restricted till he bridles his tongue?

I know and fully understand that Indian media blew his case out of proportion, but don’t you think his ardent behavior and his staunch views helped the media frame him to the maximum?

Yes, his staunch views—everytime he was asked about whether suicide bombings are permissible or prohibited. Instead of making a simple and straight-forward response, he would prevaricate saying, “some scholars call it prohibited, while some scholars like Shaykh Salman al-Audah and Shaykh Safar al-Hawali say it’s permissible during the war.”

I always wonder, what stops him from naming the scholars who prohibited it, and it’s the unanimously agreed opinion that suicide bombing is prohibited. Major Saudi scholars like Shaykh Bin Baaz and others of his league termed suicide bombing as “Haraam” or prohibited. But the extremist Muslim Brotherhood preachers like Audah and Hawali who are banned in Saudi Arabia, term it permissible during the war.

The terrorists of Al-Qaeda, Hamas, Ikhwanul-Muslimeen, ISIS, and other splinter groups, justify their actions to be “in the context of war”, so they deem it permissible in every situation.

Furthermore, everytime Dr. Naik was asked about Al-Qaeda and Osama bin Laden, he makes ambiguous replies, like—”I don’t know if they are good or bad”, “I can’t rely on media and call them terrorists”.

While the Fatwas of Saudi scholars are blatant and evident that, Osama bin Laden and Al-Qaeda were “Khawarij” – Renegades. But what makes him say such ambiguous stuff—only God knows.

Currently his situation in Malaysia is, the Prime Minister has stated that Police is investigating his case, and he is not allowed to preach in seven Malaysian states of Melaka, Johor, Selangor, Penang, Kedah, Perlis and Sarawak.

My well-wishes and prayers are with those who are prosecuted for practicing and preaching their faith, but I feel sorry for those who enjoy jumping into the hot waters and cry foul.

OPINION: Why Trump should launch a Full Invasion of Iran 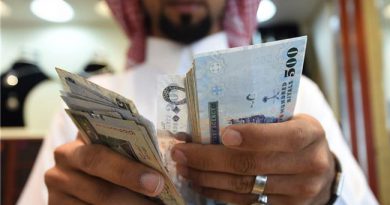 OPINION: Will Khashoggi media-trial against Saudi Arabia affect its economy?