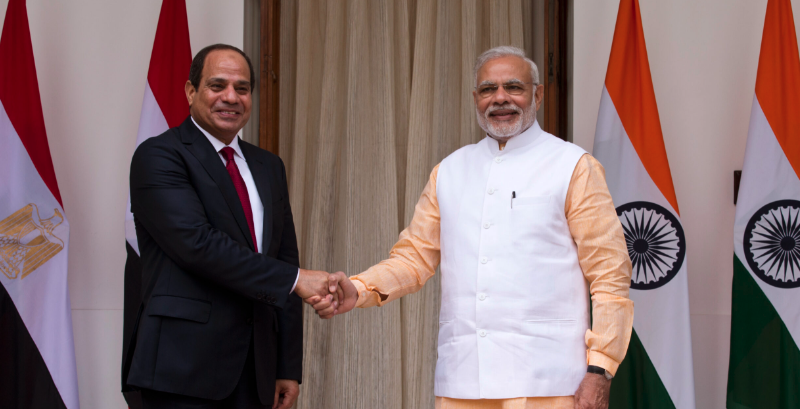 New Delhi — On January 26, President Abdel Fattah El-Sisi will be India’s Republic Day’s chief guest, becoming the country’s first Egyptian and fifth leader from a West Asian country. India’s invitation to El-Sisi is to mend fences with Egypt, which is considered as a major entry point to the markets of Africa and Europe.

During President Abdel Fattah El-next Sisi’s visit, India and Egypt are anticipated to sign roughly six agreements in sectors spanning from digital to agricultural, with defense and security cooperation emerging as a crucial pillar in bilateral relations.

According to sources, during the Sisi’s meeting with Prime Minister Narendra Modi on January 25, agreements to further cooperation in areas including cyber-security and IT are anticipated to be signed by the two parties. In order to encourage more Indian investments in Egypt, Sisi will meet with the business community on the same day and receive a ceremonial welcome at Rashtrapati Bhavan.

The Republic Day parade will feature a 180-member Egyptian military presence, and in Rajasthan, Indian and Egyptian special forces are now taking part in their first combined exercise, Exercise Cyclone. These, according to the people, are all indications of the expanding defense collaboration. Building interoperability for counterterrorism and other special operations is the goal of the ongoing, 14-day exercise.

According to the source, Egypt has expressed interest in Indian systems including the Tejas light combat aircraft, Dhruv advanced light helicopter, Akash surface-to-air missile, and an indigenous smart anti-airfield weapon. They also described defense cooperation as solid. According to them, the defence ministry is willing to share technology with Egypt and that Hindustan Aeronautics Limited is in contact with the Egyptian side.

Along with improving training, joint exercises, and ship visits, the two sides have also just inked a memorandum of understanding on cooperation while Rajnath Singh, the defence minister, was recently in Cairo. India has also been invited to participate in Egypt’s September Bright Star tri-services exercise.

The individuals listed a number of factors, including Egypt’s geostrategic location, its significance in the politics of the Arab world and Africa, and its capacity to act as a gateway to sizable markets in Europe and Africa as a result of several free trade agreements, as justifications for India’s invitation to Sisi for the Republic Day celebrations.

The Suez Canal facilitates almost 12% of world trade, and trade between Egypt and India reached an all-time high of $7.2 billion in 2021–22, an increase of 75%. The value of Indian exports during this time increased by 64% to $3.74 billion, and the two sides have established a goal of increasing two-way commerce to $12 billion in five years. Three Indian businesses have signed contracts for $18 billion worth of green hydrogen projects in Egypt.

These folks claimed that Egypt never backed Pakistan’s stance on Kashmir or other problems.

An important center of Sunni Islam, Al-Azhar University in Cairo, is regarded as a moderate voice that has issued fatwas condemning terrorism. The two sides have also taken steps to strengthen their collaboration in the fight against terrorism, and according to the persons, a meeting of the joint working group on counterterrorism scheduled for February will center on information-sharing, the dark web, abuse of drones, and social media.

The people added India’s position on this subject has always been constant, and the Indian side has indicated that the resolution of the Palestine issue is expected to come up in Sisi’s conversations while in New Delhi. India is promoting training and capacity building for Palestinians and is constructing a hospital, a diplomatic academy, a center for women’s empowerment, and a vocational training facility in Palestine. According to them, India has also increased its yearly donation to the UN Relief and Works Agency by a factor of four, to $5 million. 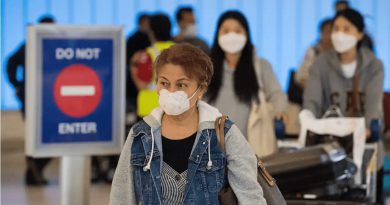