Today, Iran is more firmly than ever in the grip of hardliners, with a Khamenei protege – Ebrahim Raisi – elected president last year in a tightly controlled race.

The protests sweeping Iran have sounded the death knell for a once vibrant reform movement, revealing a big divide with Iranians in the streets demanding an end to theocratic rule.

The reformists, who emerged as an influential force in the 1990s urging more political and social freedoms, have distanced themselves from the main demand of Iranians protesting since a young woman died in morality police custody on Sept. 16.

They have stuck by their mantra of seeking gradual change to the Islamic Republic rather than demanding its downfall, even as Iranians from all walks of life mount one of the boldest challenges to the theocracy since the 1979 Islamic Revolution.

Reformist proposals for addressing the crisis – including a referendum to limit the powers of Iran’s supreme leader – have met with scorn by protesters, to whom the reformists appear discredited after years of failed attempts to deliver change.

Analysts and insiders said the street sentiment exposes the death spiral that the reform movement has been in since its heyday during Mohammad Khatami’s presidency from 1997 to 2005, when many Iranians had high hopes of change.

At that time, Supreme Leader Ayatollah Ali Khamenei allowed a relaxation of curbs on social and political freedoms, only to clamp down again when he saw demands for a change as a threat.

It highlighted the main problem facing reformists in a system where Khamenei, 83 and in power since 1989, wields ultimate power.

“People feel reformists helped hardliners by promising reforms that were impossible with hardliners in power,” a former official who served in the Khatami administration told Reuters.

“We should accept that the younger generation in Iran does not want us. The reform movement is dead.”

That view has been echoed in the streets where protesters have grouped reformists with hardliners as part of the problem.

Chants of “reformist, hardliner, it is over!” and “we don’t want referendums, we want regime change!” have reverberated in the protests, according to videos unverifiable by Reuters.

Today, Iran is more firmly than ever in the grip of hardliners, with a Khamenei protege – Ebrahim Raisi – elected president last year in a tightly controlled race.

The protests have mushroomed into a revolt against what demonstrators see as the increasing authoritarianism of the ruling Shi’ite Muslim clerics.

Authorities have condemned the unrest as “riots” fomented by foreign enemies, chief among them the United States. A state security crackdown has killed over 320 people, including 51 children, and thousands have been arrested, rights groups say.

Alex Vatanka, director of the Iran Program at the Middle East Institute in Washington, said reformists had “said nothing to stand with the people, with the youth, in the past weeks.

“They failed to deliver, they failed to stand up to Khamenei … The fact is that the reform movement is dead, its has been dead for some time,” he said.

Khatami, the former president and figurehead of the reform movement, voiced criticism in September of the authorities over the death of Mahsa Amini after she was detained by police for allegedly flouting the Islamic dress code.

But Khatami has said little else in public since.

On Wednesday, almost eight weeks after the protests erupted, The Reform Front, a group of politicians close to Khatami, urged “immediate, courageous and innovative changes” to open dialogue on a national scale.

In a statement, it called for a referendum that could stem the crisis and “open horizons for disappointed, dissatisfied and angry citizens”.

Other prominent reformists have clearly stated that they cannot support the protesters.

“We definitely cannot align with the protesters on the street who demand regime change … We want to reform the system within the framework of the Islamic Republic,” well-known reformist Behzad Nabavi told Hammihan newspaper last month.

“We don’t want to put dynamite under the system’s building, rather we want to fix the same building and fix its problems.”

The Islamic Republic’s unique dual system of clerical and republican rule places decisive power with the supreme leader who wields influence and constitutional authority over the executive, legislative and judicial branches as well as the military and media.

Reformists were sidelined with hardline Mahmoud Ahmadinejad’s election in 2005 – which the opposition said was rigged. In 2009, they were banished from Iran’s political mainstream after disputing the re-election of Ahmadinejad, which plunged the country into months of mass protests.

Former prime minister Mirhossein Mousavi and Mehdi Karoubi, a cleric and ex-speaker of parliament, have remained under house arrest since 2011, without standing trial.

The 2009 unrest was quelled by the widely feared Revolutionary Guards – Iran’s elite military force – amid violent crackdowns, mass detentions and even executions.

In apparent criticism of the current crackdown, Mousavi’s wife Zahra Rahnavard, who is also under house arrest, said: “Respect the youth, don’t kill the nation’s children and listen to the nation’s voice”, according to the pro-reform Sahamnews website.

In the 2013 presidential election, after sweeping disqualifications of reformist candidates and in order to block a hardliner’s victory, many women and young people tactically voted for pragmatist cleric Hassan Rouhani.

He said Iranians deserved to live freely and have rights enjoyed by other people around the world.

But Rouhani, a life-long establishment insider and Khamenei’s representative in a top security body for decades, instead focused on striking a nuclear accord with world powers to end Iran’s economic isolation.

Journalist Mohammad Qouchani, a reformist who spent five months in jail in 2009 for “acting against national security”, said in a televised debate last month that “protesters in the streets hate us even more than the hardliners”.

Mohsen Kadivar, a research professor of Islamic studies at Duke University in North Carolina who participated in the 1979 revolution and later fell foul of its leaders, said Iran’s clerical rulers had blocked all channels of reform.

“Iranians tried their best in all possible peaceful ways (in the past few years) …, but the regime resisted,” he said. 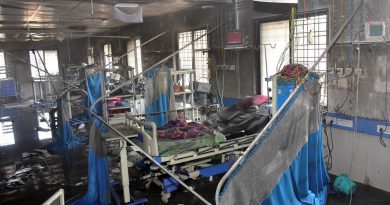 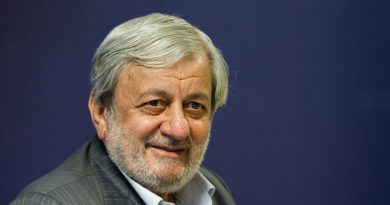 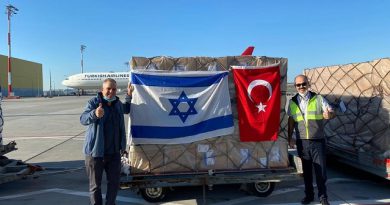 Ankara burns bridges with UAE but maintains ties with Israel: Why?