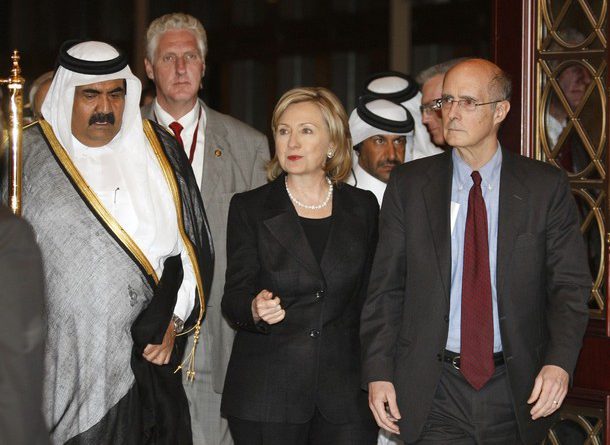 The emails provided new evidence on the huge conspiracy led by Qatar, in coordination with political Islam powers, against other countries in the region…

The emails of former US Secretary of State Hillary Clinton are declassified about two months before the 10th anniversary of the so-called Arab Spring that started in Tunisia. This timing indicates that nothing is left to chance in our region and that the conspiracy theory is not always an illusion as conspirators want their victims to believe. Rather, it is mostly a correct theory stemming from the everlasting fight over power and influence.

Hillary’s emails revealed the central role of the US in the chaos that erupted in Tunisia before spreading to other countries; Washington’s goal to enable political Islam to rule the countries whose regimes were overthrown; the US control over the Muslim Brotherhood; and Qatar’s vicious role in supporting this project with funds, armed terrorist militias and groups, and media platforms that are still carrying out sabotage plans to this day.

Qatar took on the role of an executive producer for a show about creative chaos. It attracted hordes of extras to shoot the scenes of bringing the Muslim Brotherhood to power. Meanwhile, the US was playing the role of the screenwriter and director from across the ocean. Political Islam was given the lead role in spite of its limited capabilities. Finally, and despite all the losses, this project was crowned with failure.

The efforts of the Qatari and Brotherhood propaganda platforms to question the accuracy of the contents of Hillary’s emails are useless. Everyone already knew about what was happening.

The emails of the former US secretary of state indicated that Egypt’s sovereignty and national unity, as well as its institutions and society, were all targeted, and that huge sums of money were paid to political activists and actors who shared the same pursuit; that the Muslim Brotherhood’s rule was neither patriotic nor democratic, but rather under the control of one individual, its supreme guide; that there was an agreement with the Brotherhood-backed President, Mohamed Morsi, to dismantle the Ministry of Interior, which is the symbol of the centralization of the state and its security and administrative status; and that Qatar and its foreign minister at the time, Hamad bin Jassim, had a hand in inciting chaos in Egypt.

The exposed emails also touched on Washington’s role in supporting terrorist groups in Libya in 2011, accusing the head of the Transitional Council at the time, Qatar-backed Mustafa Abdul Jalil, of being involved in the assassination order of Major General Abdel Fattah Yunus, who was the leader of the opposition, based on his alleged connection with Saif al-Islam Gaddafi. Hillary’s messages also confirmed the strong relationship between Washington and the terrorist Abdel Hakim Belhaj. The assassinated US ambassador in Benghazi, Christopher Stevens, used to call Belhaj “our son.” The declassified emails even exposed US-based Libyan businessman Omar al-Turabi, who appeared on Al Jazeera channel frequently, for providing NATO with coordinates to bomb sites in his country of origin, including the site where Saif al-Arab Gaddafi was killed on April 30, 2011.

The Clinton emails also revealed the US-Qatar-Brotherhood disruptive role in Yemen; the support provided to anarchists and people seeking to overthrow the state; the relationship of the US secretary, through her administration, with the Muslim Brotherhood; her team’s acclamation for Tawakkol Karman’s Nobel Prize; and her recommendation for Karman to become the Minister of Foreign Affairs of Yemen.

The emails provided new evidence on the huge conspiracy led by Qatar, in coordination with political Islam powers, against other countries in the region; Qatar’s destructive role that led to killing tens of thousands of people, displacing millions of Arabs, and wasting about a trillion dollars in the name of Arab Spring revolutions in Tunisia, Egypt, Libya, Yemen, and Syria; and Washington’s endeavor during Obama’s term to target all Arab regimes and nations without exception, including Bahrain, one of the most prominent allies of the US, by supporting the Iran-backed sectarian chaos. On the other hand, however, Clinton’s exchanges showed Saudi Arabia in a good light, as the Kingdom’s leaders at the time refused to compromise their principles and national security.

According to one of the documents, following the decision to send the Peninsula Shield forces to Bahrain to face the riots that took place in the country in 2011, Clinton called the Kingdom’s ambassador to Washington at the time, Adel al-Jubeir, and asked him, “Why are you going to Bahrain?”, to which he replied, “to provide moral support.” When Clinton threatened that this would impact Washington-Riyadh relations, he said, “Our forces on the bridge will enter today.” When Clinton called the then Saudi foreign minister, late Prince Saud al-Faisal, to discuss the matter with him, he hung up the phone on her.

Saudis understood the plan targeting the region and the huge conspiracy being hatched and implemented with the participation of the American ally. In one of her emails, Clinton said, “Saudis no longer trust us to take their interests into account or to protect them from their enemies. In December 2002, (…) the U.S. prepared to invade Iraq against the forcefully expressed advice of then Crown Prince Abdullah.”

Qatar took on the role of an executive producer for a show about creative chaos. It attracted hordes of extras to shoot the scenes of bringing the Muslim Brotherhood to power.

Charles W. Freeman, who was the US ambassador to Riyadh during the Gulf War, was more insightful about Saudi Arabia. In a letter to Clinton about the Kingdom and its people, he said, “(…) Saudi Arabia (…) is the only society on the planet not to have been penetrated by Western colonialism. No European armies breached its borders (…). When Westerners finally came to Saudi Arabia, we came not as the vindicators of our presumed cultural superiority, but as hired help.”

“Unlike some other countries in the Arab Gulf, Saudi Arabia has invested its oil wealth at home, not abroad, though it has long been generous with foreign aid. (At one point it was donating six percent of GDP to other, mostly Muslim, nations.)”, he added.

The efforts of the Qatari and Brotherhood propaganda platforms to question the accuracy of the contents of Hillary’s emails are useless. Everyone already knew about what was happening, with the exception of a few minor details. Besides, the relationship between Clinton’s administration, the Doha regime, the Muslim Brotherhood, and terrorism is already publicly known with ample evidence, and this is just the tip of the iceberg.

The deep state in the US cannot, of course, disclose all documents and reveal all its practices, despite domestic conflicts between its two prominent parties fighting over power. Otherwise, the US would expose its disregard for ethics in its relations with others, especially its allies, as clearly happened in the so-called Arab Spring revolutions.

This article was first published on Al-Arab, and translated by Al Arabiya. 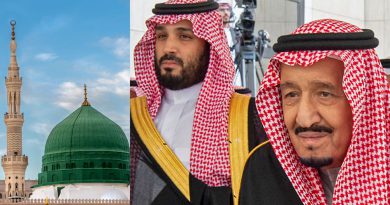 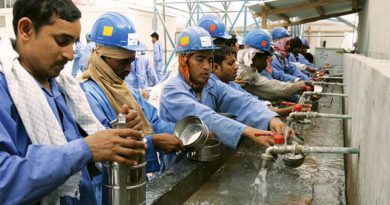 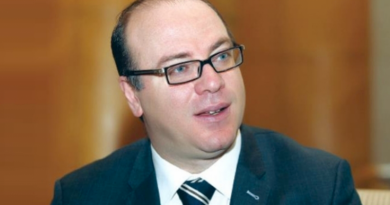