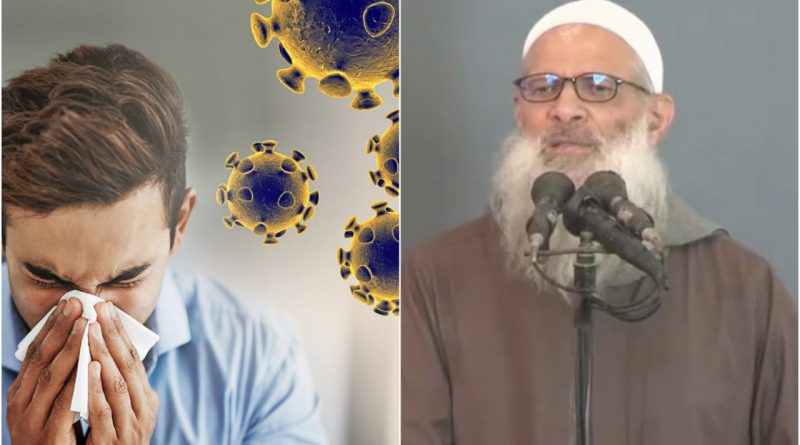 And we have in our glorious religion of Islam, what would suffice us if we only held to its tenets and teaching from the World Health Organization (WHO)…

And ponder upon the state of the world today. The greatest nation in terms of population—the People’s Republic of China. It sleeps panicked, alarmed, in dread—not knowing what it will do.

What is the enemy that frightens it? What has broken the calm of its nights and distressed its days?

And what has made its people wanting displacement into other parts of the world as though they were to fleeing from death, how impossible?

What is the weapon of ruin, the operant weapon that has affected millions of human beings?

However, Allah has made from His army an organism from His most minute of organisms. The virus, is of the most miniscule, if not the most miniscule of organisms. Even in its chemical composition. This virus is not seen unless magnified a quarter of a million time so that the eye may see it under microscopes by this high magnification. Magnified by 250,000x or 500,000x.

Nor does anyone know from where it will reach him because Allah does what He wills. He is the Great Creator and none know the Soldiers of your Lord except Him.

Its name, translated from its original Latin is, the “CROWN”. Corona, in its Latin etymology, means the crown. Because when it is magnified for observation, its form resembles that of a crown. This awful horror, this fracturing enemy isn’t seen unless it’s magnified by approximately half a million time, so that the eye may see it under finely tuned modern microscopes.

This is what they fear. You hear this—does this frighten you? The Muslim knows with certainty, that the likes of these pandemics hold the ruling of plagues.

As for the corpses (dead among the living), that don’t believe in hereafter—who don’t affirm a Creator for this existence—from the Communists and their likes from Atheists—for these ones, life simply ends with death. Therefore they fear and crave for this life.

The Muslim, however—when Muadh (may Allah be pleased with him) at the advent of the plague in Levant—it was the Emmaus/Amwas Plague — he was infected and plagued. He was the commander of the army there.

He would kiss the blister formed from the infection and he would place it over his eyes and say—“O Allah, do not grant this good fortunes in the Home of Muadh, to Muadh (himself).” And so his son was plagued. Because death by plague is martyrdom.

And we have in our glorious religion of Islam, what would suffice us if we only held to its tenets and teaching from the World Health Organization (WHO) and every health organization in every quarter of the earth.

We have in the glorious religion of Islam what Allah protects us from the transmission of these contagions in the matter that they spread. We have in our religion, if a human being wishes to relieve him or herself, that they don’t use their right hand. It is for greeting, for food, giving and receiving – it is for these noble matters.

As for the left hand, it is used for the various matters of impurity and other than them.

Meeting [one another], with us, isn’t conducted according to the Sunnah. If we would adhere to it, Allah would guard us from many dangers—by means of the Islamic law. Particularly, the practices of Egyptians.

If one were to meet his brother, he hugs and sticks to him, he pats his shoulders and he remains so for perhaps, a long while. This isn’t from the Sunnah. This is done only when one arrives from his travel—and still not in this manner. Because when Jaafar (may Allah be pleased with him) came from Abbasynia, the Prophet went out hastily to greet him, clutching his lower garment—he came to him and kissed him between his eyes.

When the Companions would meet one another, they would shake each other’s hands.

This is not from our religion, not from the front or the rear. Countless matters—if you wish to drink, keep to the Sunnah.

Drinking once won’t quench him unless he breathes (with contaminants) into the cup. And Allah protects him from that by the Sunnah of the Prophet, the Master of the Prophets.

The matters of this type are many, my beloved—if we were to hold to them from the Book of our Lord and the Sunnah of our Prophet. Allah would safeguard us in our religion before safeguarding our material world. And this is true safeguarding.

So that a [man or womn] may safeguard his or her heart. And so that no desires of polytheism infilterate them—with Shirk in fear, because true fear is the fear of Allah Alone. And whomsoever is true, fears no one.

A man who fears anything besides Allah isn’t so except due to a sickness in his heart.

No one fears another besides Allah except due to a sickess in his heart.

I ask Allah to protect us, and to protect our land, and all the lands of the Muslims. And may He guide us to the Truth and the Straight Path. 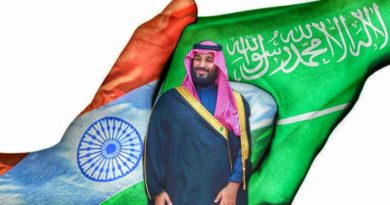 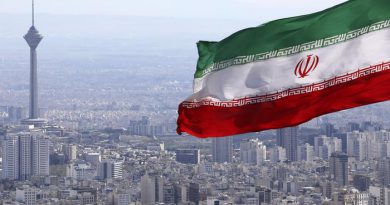 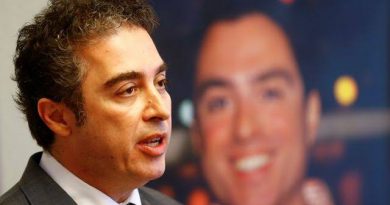