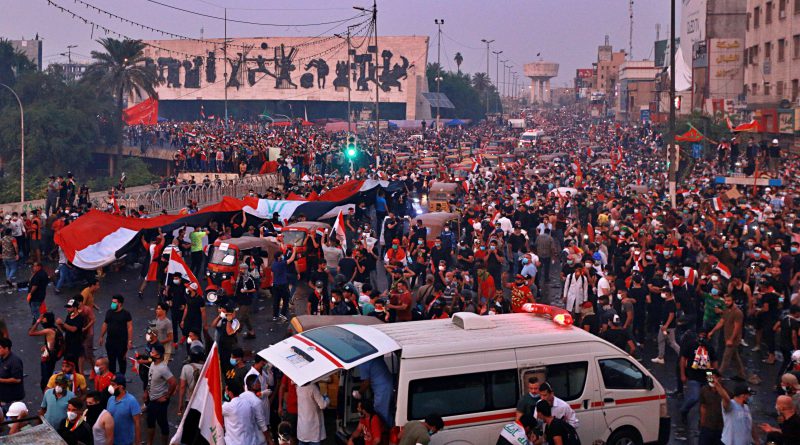 Recent deaths in Baghdad and Iraq’s south have pushed the toll since demonstrations erupted on October 1 close to 300, according to a tally compiled by AFP.

“Abdel Mahdi’s position means more to him than the blood of Iraqis,” charged a tribal dignitary protesting in the capital on Friday.

As evening fell, clashes between security forces and protesters resumed in Baghdad after six people died there the previous day, as demonstrators — who upped their efforts in the last week of October after a lull — continued to come out in force.

Armed units fired canisters that emanated bright purple tear gas at clusters of young protesters along Rasheed Street, one of the city’s oldest and most celebrated avenues.

The steady pops of stun grenades echoed throughout nearby districts, many of which have been sealed off.

“Even if the bridges and most of the roads are closed, people are driving all the way around from far-away areas to reach Tahrir,” one protester said proudly.

Security forces have sealed off four bridges to keep protesters in Tahrir from crossing the Tigris into the Green Zone, which houses parliament, the cabinet, foreign embassies and other key buildings.

“Even if it comes down to the last man, we have to enter the Green Zone and bring it down,” another protester shouted.

“We’ll announce our people’s revolution from there against everyone who stole from us — Prime Minister Adel Abdel Mahdi, Qais al-Khazaali, Hadi al-Ameri!” he said.

Khazaali and Ameri are leading commanders in the Hashed al-Shaabi paramilitary network, which has publicly backed the government after protests erupted.

It was founded in 2014 to fight the Islamic State group, drawing from a host of Shiite armed factions, many of which have close ties to Iran.

On Friday, a Hashed source told AFP that the network had brought in hundreds of reinforcements to protect government buildings in the Green Zone from any attempt by protesters to storm them.

The main lines of defence remain the bridges, where security forces have built up barricades, fired volleys of tear gas and stun grenades and resumed using live ammunition.

Amnesty International said it has found the military-grade canisters were Serbian- and Iranian-made.

Fired at point-blank range, the tear gas canisters have pierced protesters’ skulls and chests, killing at least 16 people, according to the United Nations.

The death toll across the country has continued to rise in recent days, with seven protesters killed between Thursday and Friday in the southern port city of Basra.

For a week, protesters have cut access to Basra’s Umm Qasr port, which brings in most of Iraq’s food and medical imports, and attempts by security forces to reopen the road have turned deadly.

Activists and medics say they have been subject to a campaign of intimidation, with two activists killed in Missan on Wednesday by unknown assailants.

Public anger erupted last month over widespread corruption and a lack of jobs, then escalated into calls for the entire ruling system to be overturned.

Oil-rich Iraq is OPEC’s second biggest producer, but one in five people live in poverty and youth unemployment stands at 25 percent, according to the World Bank.

It is ranked the 12th most corrupt country in the world, according to Transparency International.

Many protesters have directed their rage at Abdel Mahdi, who came to power in October 2018 pledging to tackle those issues.

The premier has proposed a series of reforms to appease protesters, including hiring drives, raising welfare and launching infrastructure projects.

On Friday, the country’s top Shiite cleric Grand Ayatollah Ali Sistani said there should be “no more procrastination” on finding a “roadmap” to end the crisis.

The premier’s position looked precarious when the mass rallies began but top leaders appear to have reached a consensus he would stay.

Many of them have cast the protests as a “conspiracy” to plunge Iraq back into the chaos that has gripped it for decades.

Iraq fought a war with neighbouring Iran in the 1980s, was invaded by US-led forces in 2003 and waged a brutal battle against the Islamic State jihadist group that ended in late 2017.

On Friday, around a dozen rockets hit the Qayyarah base – an Iraqi military installation where US troops are stationed near the northern city of Mosul – according to local sources. 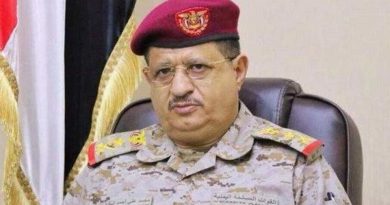 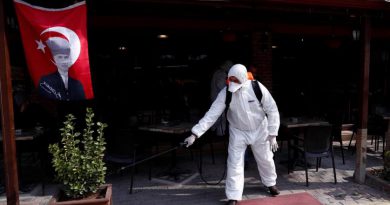 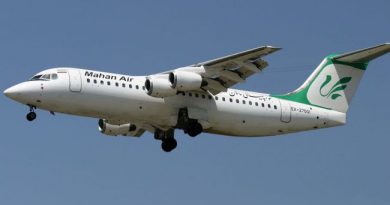