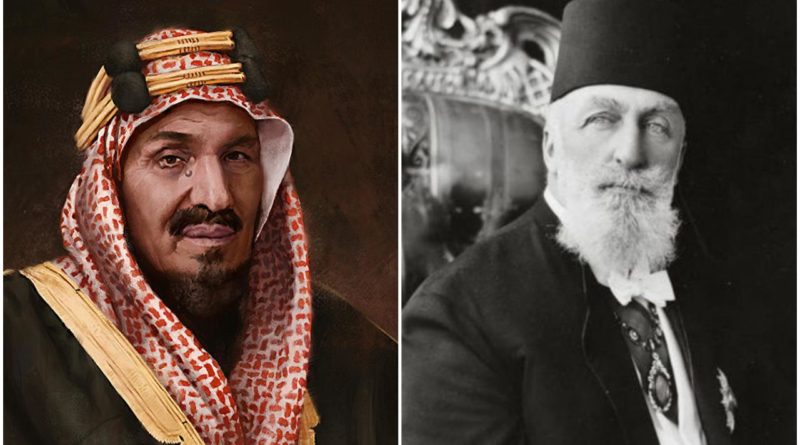 King Abdulazeez Aal-e-Saud had stipulated that there would be no public ceremony nor any marker for the grave.

Princess Niloufer who was married to Moazzam Jah, the second son of the last Nizam of Hyderabad, Mir Osman Ali Khan, helped her cousin Princess Durru Shehvar to fulfil her desire to see her father, the last Ottoman Ruler, Abdul Majid II, buried in the graveyard attached to the holy mosque in Madina, a decade after his demise. Princess Durru Shevar was married to Azam Jah, the eldest son of Mir Osman Ali Khan.

Princess Niloufer Khanum Farhat was born on January 4, 1916 in Istanbul. Her mother Adile Sultan was the granddaughter of Sultan Murad V. Her father, Salahuddin, died when Niloufer was only two years old.

Arvind Acharya, a city-based historian, who has a unique collection of personal belongings of Princess Niloufer, said that a significant moment in Princess Niloufer’s life occurred in 1954. She received a call from Princess Durru Shehvar requesting help for a specific action. The action was difficult and so Niloufer was reluctant to do it. She consulted her mother, who told her to do the best she could.

Princess Niloufer then placed a call to one of her friends, Ghulam Mohammed, a former official in the Nizam’s Government, who was at that time the President of Pakistan.

Ghulam Mohammed called the then King Abdulzeez bin Abdurrahman Aal-e-Saud of Saudi Arabia to relay the request. The King finally agreed to grant the request.

Thereby hangs a tale. Ten years earlier, the Khalifa Abdul Majid who was living in France after the Ottoman Caliphate was abolished and the Ottoman dynasty deposed and expelled from Turkey, died during the German occupation of France. For several days, his body lay in his flat and was only discovered when neighbours complained. The body was then shifted to the Paris Mosque and lay there in a frozen condition till Niloufer’s intervention.

Princess Durru Shehvar had made several efforts to have her father’s body buried in Istanbul, but could not obtain the permission of the Turkish government. The Khalifa had wanted to be buried in either Turkey or Hyderabad. It was not feasible to fulfil the last will of Khalifa at his death or later as at the time of his death Saudi Arabia had become independent. Niloufer’s intervention ensured that he was finally buried in Saudi Arabia in the Jannat-ul-Baqi.

King Abdulazeez Aal-e-Saud had stipulated that there would be no public ceremony nor any marker for the grave.

Arvind Acharya said that on the recommendation of Maulana Shaukat Ali, a freedom fighter and one of the founders of the Khilafat Movement, the Nizam of Hyderabad decided to give Khalifa Abdul Majid a pension of £300 a month when he was living in exile.

Seven years later, in 1931, the Khalifa was looking for marriage matches for his daughter, Durru Shehvar. Shaukat Ali proposed the match between her and Azam Jah, the elder son of the Nizam.

The negotiations for the terms of the marriage started, but soon broke down as the Nizam felt that the requirement for the mehr (dowry given by husband to his wife) was exorbitant. Following several discussions, it was settled that the dowry to be paid would be £40,000.

As the Nizam wanted to perform the marriage of his younger son Moazzam Jah at the same time, and within the same dowry, efforts were made to find a match for him within the Turkish royal family. This resulted in his marriage to Niloufer.

On their way back from the Round Table Conference in London in 1931, the two princes Azam Jah and Moazzam Jah visited Nice and were married there. The Caliph himself performed the role of Qazi at the wedding.

In 1977, Princess Niloufer was living in an apartment in Paris and one evening, she came out of her bedroom and crossed the hallway to go to her mother’s bedroom where she wanted to read a Quran given to her by her one-time secretary, Fathema Ghani. At that moment, a bomb went off inside the building.

Algerian terrorists had wanted to assassinate the chief of the French electric utility, who was living in the flat below Niloufer’s. The bomb ripped open Niloufer’s bedroom, but nothing happened on the other side of the building. Princess Niloufer wrote in her memoirs that she was saved because of her visit to the room of her mother to fetch the Quran. The Princess died in 1989 and was buried near Paris. 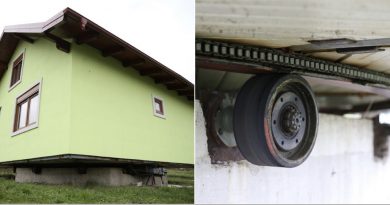 Bosnian builds rotating house so that his wife has diversified view 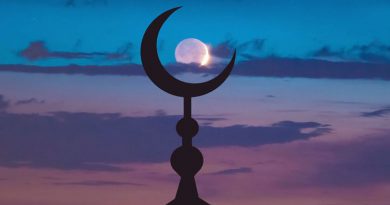 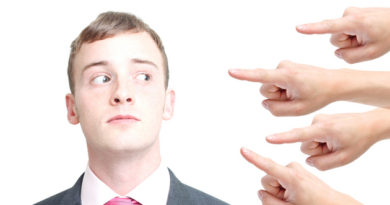 Make No Excuses—a Key to Success