New Delhi – Al Ahbab is an alias for Tablighi Jamaat in the Arab countries, contrary to the novel misinformation on the social media that two are separate entities, and that they have no links.

India’s Hindu newspaper published a report on Monday quoting Musharraf Usmani, a senior journalist based in Deoband, who said that Saudi Arabia’s ban is directed towards a “particular group” called as Al Ahbab, but not the Tablighi Jamaat in general.

Regional Urdu newspapers quoted Usmani to conclude that Saudi Arabia’s ban is against Al Ahbab, while Tablighi Jamaat is a separate entity.

However, the latest narrative holds no value against the fact that Al Ahbab is itself Tablighi Jamaat.

RT Arabic reported that, “The ‘Al-Ahbab’ group was established in northern India in 1927 to spread Islam”.

The report exclusively mentioned that Al Ahbab originated in northern India, while countering the narrative that it’s an Arab or African entity.

Morocco’s Jassem Tamim, a Master’s student in Counter-Terrorism from King’s College London, said, “Al Ahbab is how they call each other. It is like how Muslim Brotherhood call each other as Akh or Ikhwan. Al Ahbab is a plural form”.

Islamic scholar Hafiz Ammar Mohammadi from Aurangabad city of India, said, “Al Ahbab comes from the root word Habeeb, which means a friend. Tablighi Jamaat followers in India and Pakistan refer to each other as ‘Saathi’ or friend. While in the Arab world they call themselves as Ahbab”.

She classified the primary actors of Jamaat as Karkun, Ahbab, and Amir, which is a kind of hierarchy to facilitate the Jamaat’s activities.

Meanwhile, in a tweet on December 6, the Saudi Arabia Ministry of Islamic Affairs said, “His Excellency the Minister of Islamic Affairs, Dr.#Abdullatif Al_Alsheikh directed the mosques’ preachers and the mosques that held Friday prayer temporary to allocate the next Friday sermon 5/6/1443 H to warn against (the Tablighi and Da’wah group) which is called (Al Ahbab)”.

Nuraedah’s classification makes it evident that Al Ahbab is a working class inside the Tablighi Jamaat’s organizational structure, and it is not a separate entity. 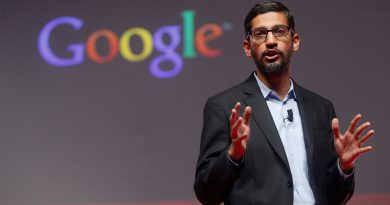