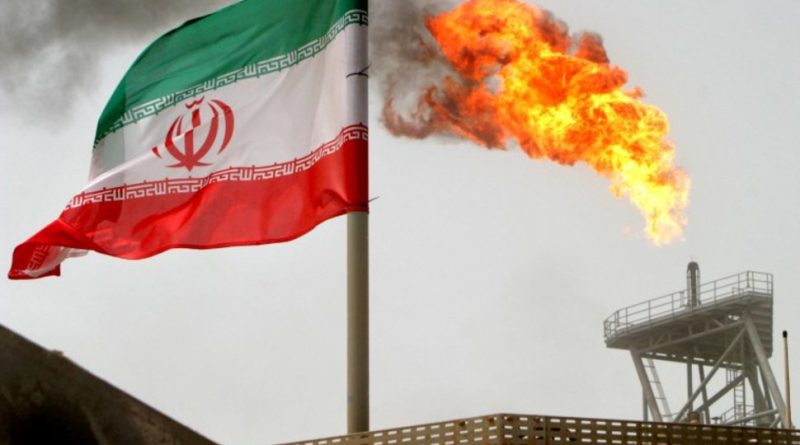 Washington (Reuters) – The United States on Tuesday imposed Iran-related sanctions on six companies and four people, accusing the network of supplying sensitive goods to an Iranian military firm in the Trump administration’s latest move to increase pressure on Tehran.

The U.S. Treasury Department in a statement accused the companies and individuals of facilitating the procurement of sensitive goods, including U.S.-origin electronic components, for Iran Communication Industries, an Iranian military firm blacklisted by Washington and the European Union.

The firm produces military communication systems, avionics and missile launchers, among other items, the Treasury said.

Tuesday’s action, taken under an authority that imposes sanctions on weapons of mass destruction proliferators and their supporters, freezes any U.S. assets of those blacklisted and generally bars Americans from dealing with them.

“The Iranian regime utilizes a global network of companies to advance its destabilizing military capabilities,” Treasury Secretary Steven Mnuchin said in the statement.

“The United States will continue to take action against those who help to support the regime’s militarization and proliferation efforts,” he added.

Tensions between Washington and Tehran have soared since President Donald Trump unilaterally withdrew in 2018 from the Iran nuclear deal struck by President Barack Obama and began reimposing U.S. sanctions that had been eased under the accord.

Soltech Industry Co., Ltd., DES International Co., Ltd., and one of its employees blacklisted Tuesday, Chin Hua Huang, were also charged in the United States District Court for the District of Columbia with criminal conspiracy to violate Iranian sanctions, the Department of Justice said in a statement.

“Violations of the sanctions diminish their effectiveness and delay the day when Iran will cease its belligerent activity,” Assistant Attorney General for National Security John Demers said in the statement. 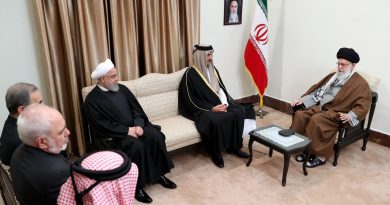 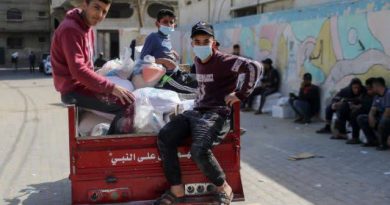 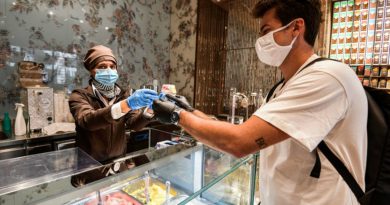 Masked and standing apart, the world creeps out of lockdown