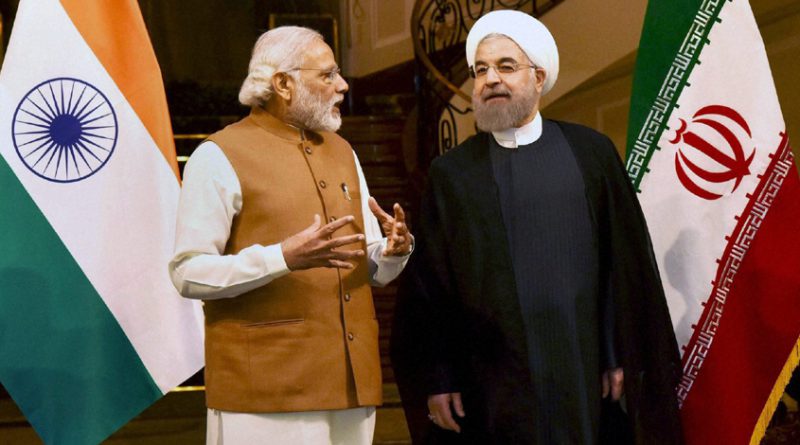 Given the timing of Tehran’s move, many in New Delhi saw China’s growing influence over Iran as the real cause.

India’s border conflict with China is spilling over into a wider confrontation between the two Asian powers in the Middle East. While drumbeating its strategic partnership with China, Iran has apparently scrapped India’s prospective role in a railway project linking Iran’s Chabahar port to Afghanistan. India’s relations with Turkey, another key regional player in the Middle East whose relations with China have improved in recent months, have also deteriorated due to Ankara’s siding with Pakistan against India over Kashmir. The shifting geopolitical equation for India vis-à-vis China reinforces the incentive for New Delhi to align more closely with the United States not only in the Indo-Pacific but also in the Middle East. As Washington itself has learned, however, New Delhi will struggle to find willing regional partners in its conflict against China.

India’s recent troubles in the Middle East appear to stem, at least in part, from China’s growing influence across the region. Between 2005 and 2019, China invested over $55 billion in the Middle East and North Africa, according to the AEI’s China Global Investments Tracker. Moreover, between 2004 and 2014, China extended financial assistance of about $42.8 billion to the region, according to data obtained from the AidData research lab. For many countries in the region, China is their top trading partner and a key source of technology and armed drones.

Iran appears to be one such regional player where India’s influence is receding in favor of China. Only a few days after the alleged draft text of Iran’s Comprehensive Strategic Partnership Agreement with China was leaked to the public, Iran moved ahead with constructing a railway link that connects Iran’s Chabahar port to Afghanistan’s Zeranj province, dashing expectations that India would be invited to take part in the project. India has touted Chabahar port, where it has committed to investing up to $150 million over a 10-year period, as a strategic asset that, among others, would help contest China’s “string of pearls” in the Indo-Pacific and compete with Pakistan’s Chinese-built port nearby in Gwadar. Given the timing of Tehran’s move, many in New Delhi saw China’s growing influence over Iran as the real cause. “China worked quietly but gave them a better deal. Big loss for India,” tweeted senior Congress leader Abishek Singhvi. According to the leaked text of the agreement, China would commit $400 billion in investments to Iran over a 25-year period.

Meanwhile, India’s relations with Turkey, another regional power in the Middle East where China’s economic footprint looms large, have also deteriorated. Due to a skyrocketing budget deficit brought about by the COVID-19 pandemic, Turkey is turning to China for investments and foreign currency reserves. In June, Turkey used $400 million worth of a funding facility extended by China’s central bank under a $1 billion currency swap arrangement signed in 2019. Turkey also appears as a central component of the BRI’s ambition for trans-Eurasian connectivity, attracting large Chinese investments in Turkey’s transport, logistics, energy, and telecommunications sectors. Thanks to its economic leverage, China has succeeded in neutralizing Ankara’s support for the Turkic Muslim Uyghurs native to China’s Xinjiang region. In recent months, Uyghur refugees in Turkey have reported facing increasing harassment by Turkish authorities.

Since September 2019, Turkey has joined Pakistan – a key ally of China’s – and Malaysia in denouncing India’s abrogation of Jammu and Kashmir’s special status under article 370 of the Indian Constitution. India responded by diplomatically engaging Ankara’s regional rivals on the sidelines of the UN General Assembly meeting in September, cancelling a $2.32 billion contract to purchase naval vessels from Turkey, and securing a $40 million bid to supply Turkey’s rival Armenia with military radars.

Unable to match China’s military and economic might, India appears increasingly drawn to forging closer ties with the United States. Border clashes with China have already encouraged many in New Delhi to advocate shedding their country’s traditional reluctance to align more closely with Washington. A similar logic could be said to apply to the Middle East, where China’s deep pockets and growing influence appear to be eroding India’s influence. To rebalance the scale, New Delhi may therefore be tempted to join the U.S. in containing China’s regional clout.

As the United States’ experience seems to suggest, however, New Delhi would be at pains to find willing partners in its wider confrontation with China in the Middle East. Despite being their top security partner, Washington has struggled to dissuade Israel and the Gulf monarchies from shunning China, whom they view as an attractive partner in the areas of investments, technology, and arms. Although India enjoys close ties with Israel and the Gulf monarchies – and relations have improved considerably since Modi took office in 2014 – it is unlikely to prove more successful than the United States at curbing their appetite for greater cooperation with China.

Article first appeared on The Diplomat.

Hasan Alhasan is a Ph.D. candidate at the India Institute at King’s College London and an Associate Fellow at the International Institute for Strategic Studies. He tweets under @HTAlhasan. 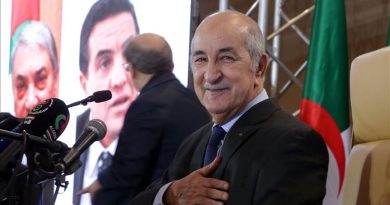 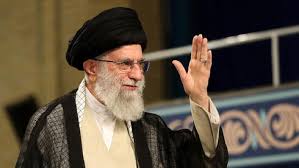 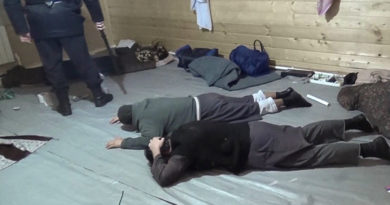 Five Tablighi Jamaat suspects get arrested by RPF, while returning from Nizamuddin “Jod”