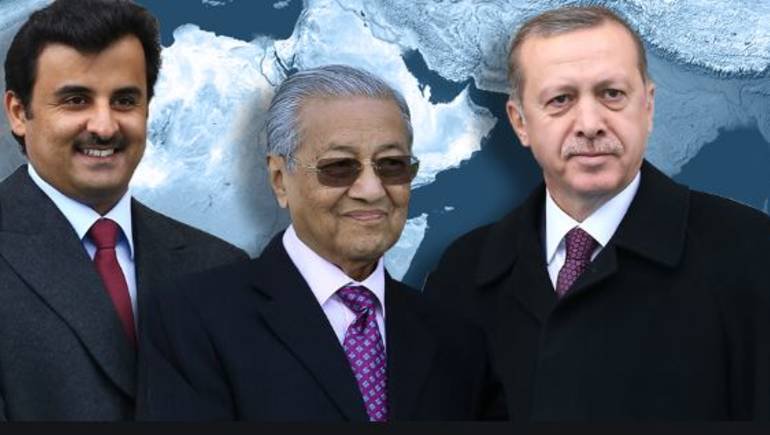 These three countries raise the banner of Islam and Palestine propaganda, while their actual participation in the development and stability in the Islamic world is almost non-existent.

This pose represents a very misleading simplification. The purpose of this summit is to support terrorism through supporting the revolutionary projects of Sufism, Ikhwanism and Shiism, which have produced massacres and destruction like no other in Iran, Iraq, Syria, Yemen and Libya.

1️⃣ The mini-Islamic summit will be held in #KualaLumpur, Malaysia, December 18-21 Which will include #Qatar, #Malaysia, #Turkey, #Indonesia and #Pakistan Which seeks to form an alliance within the Organization of the Islamic World the summit on its face will be to defend Islam, pic.twitter.com/xoGRN9SMw2

Iran—which even if it’s not invited, these countries (Qataar, Turkey and Malaysia) represent it. This axis represents the intellectual facade of the elements of non-state, which is, the revolutionary transnational organizations that carry the ideology of the caliphate evilly.

These three countries raise the banner of Islam and Palestine propaganda, while their actual participation in the development and stability in the Islamic world is almost non-existent.

At this summit, these parties seek to consolidate the policy of axes in order to normalize extremist, hostile and supportive policies of terrorism and make this policy acceptable and legitimate in the Islamic world.

Let’s take a shining example. These four countries (Iran, Turkey, Qatar, Malaysia) trade in the Palestinian cause while giving little or zero support to UNRWA, which sponsors Palestinian refugees.

This axis supports extremist, anti-state ideological organizations and ideas in the Middle East. Qatar, Turkey and Iran openly support terrorism and they’re carrying out fierce and unjustified hostile campaigns against Saudi Arabia, the homeland of Islam.

The World League of Islam calls for the Islamic Summit to all Islamic countries and seeks unity and the gathering of the Muslim world , but in the end it does not have a magic wand to force some of its members to stop supporting terrorism and stop supporting Israel.

Qatar and Turkey enjoy the best relations with Israel, with close diplomatic, economic, and military cooperation. How can these states talk about the Palestinian cause hypocritically? That is the focus issue of the Islamic world politically?

Qatar and Turkey fully support the Iranian terrorist regime. Well, the Iranian regime is very cool and does not kill and displace millions of Muslims in Iran, Iraq, Syria and Yemen and does not cause destruction at all!

Since 1995, Qatar has provided Al Jazeera, the largest media outlet ever to support terrorist groups such as Al-Qaeda, ISIS, Al-Nusra and Ikhwan.

Iran, Turkey, and Qatar have actively supported the exchange of roles of terrorist groups such as the Shiite militias in Iraq and Syria, the Houthis in Yemen and Hezbullat in Lebanon against the state and against the regimes that are governing these states.

On the other side Saudi Arabia achieved peace in Lebanon through the Taif Accord and stood firm against the massacres against Muslims in the former Yugoslavia. It also helped many Muslim countries to gain independence and achieve positive development rates.

Saudi Arabia is the only Islamic country that forbids all manifestations of polytheism and adopts Islamic law as the sole source of legislation.

Saudi Arabia is the largest donor and most of its donations go to the most needy Muslim countries and communities.

With regards to Vision 2030 presented by the Saudi Crown Prince, Saudi Arabia is committed to provide great opportunities for Egypt, Jordan and all Gulf states to benefit from the ambitious vision of development.

If Muslim individuals, groups and states are willing of Islamic cooperation, as God has commanded, they must convey the whole truth to their fellow Muslims, stop practicing misinformation, stop adopting ideologies that always lead to conflict, extremism, hatred and terrorism.

Turki al-Owerde is an independent Political Analyst and Commentator. He tweets under@Turki_AlOwerde. 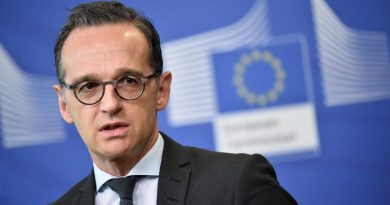 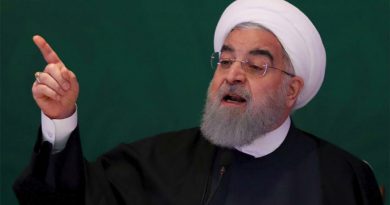 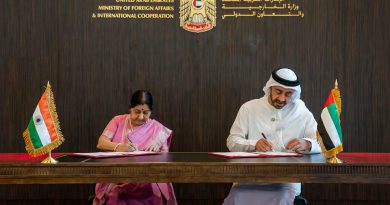