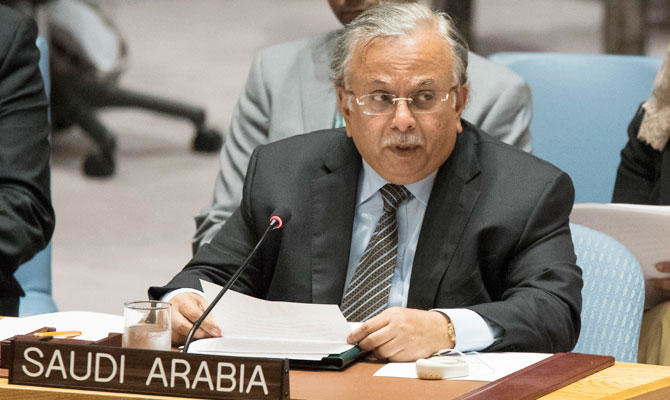 New York – Saudi Arabia’s ambassador to the UN, Abdullah al-Mouallimi has condemned illegally granting of Golan Heights to Israel and called it as a major factor for influencing terrorism, at a speech to the UN Security Council in New York.

He stressed the point that recognition of occupations by the international community only fueled anger in oppressed communities.

He focused on cutting off funds to extremists and terrorists and highlighted Saudi Arabia’s massive efforts in drying up the sources and funding towards Al-Qaeda and Houthi militias in Yemen.

Al-Mouallimi also cited Saudi Arabia’s pioneering role in fighting terrorists in cyberspace, where most fundraising now occurs, and also the place where extremist propaganda is broadcast.

Saudi Arabia in 2017 established a center for countering online extremist ideology alongside the US and a number of Gulf Cooperation Council members, in tandem with the UN Centre for Counter-Terrorism.

Al-Mouallimi stressed that initiatives such as this were essential if global terrorism was to be defeated, and that countries would have to set aside differences and work together to combat extremism.

He praised the council for the extensive series of sanctions it had placed on organizations suspected of involvement in the funding of groups like Al-Qaeda and Daesh.

Al-Mouallimi urged the council not to stop there, though, and to consider extending similar embargoes against the Iranian-backed Houthis and Lebanese group Hezbollah.

In the conclusion, he insisted on sharing valid data and information among security services in order to prevent gruesome terrorist attacks like Christchurch from happening. 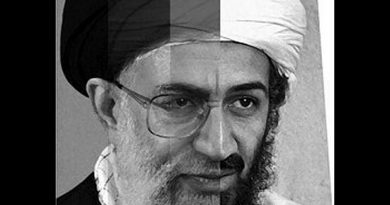 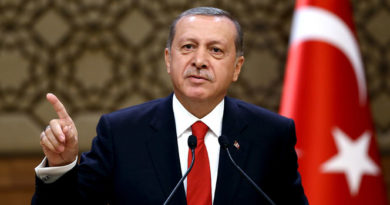