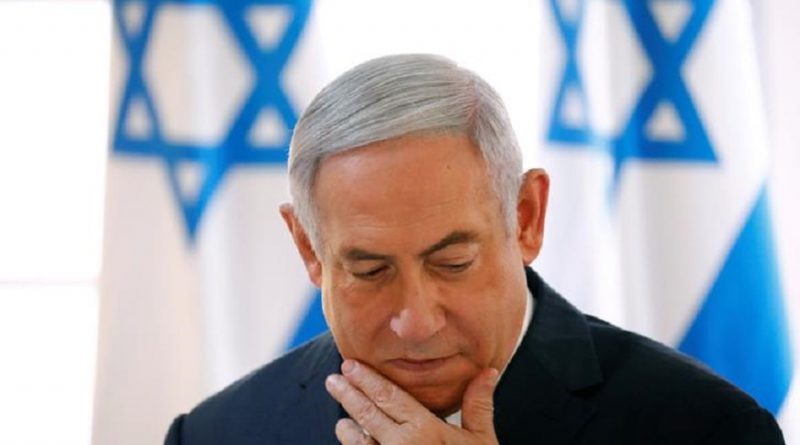 There appears to be no sign of danger to the Abraham Accords, even though they may not be so popular on the Arab street. But Palestinian options are limited.

Israel’s sharp tilt to what is likely to be the most hard right government in its history puts its new Arab allies in the awkward position of having to deal with ultra-nationalists.

That poses a dilemma for four Arab states – the United Arab Emirates, Bahrain, Morocco and Sudan – that moved toward normal ties with Israel two years ago and now have to balance this new partnership with historic support for Palestinian aspirations.

When the UAE, the Gulf business and investment hub and a rising regional power, became the first Gulf Arab country to strike a deal with Israel in 2020 to establish ties, it hoped that long-standing, combustible issues such as Israeli settlements in occupied territory could be resolved.

While Netanyahu has said he will have final say on policy, his government’s commitment to expand West Bank settlements and the inclusion of ultra-nationalists in his cabinet militates against any compromise with Palestinians.

Security Minister Itamar Ben-Gvir is a pistol-packing, ex-member of an outlawed Jewish militant group. He came up through the Kahane Chai organisation, which is blacklisted in Israel and the United States for its virulently anti-Arab doctrines.

On Tuesday he infuriated Palestinians and drew a barrage of condemnation by visiting the Al Aqsa mosque compound, a flashpoint site revered by Muslims and Jews that is located in east Jerusalem, captured in 1967 and later annexed by Israel.

Another of Netanyahu’s coalition partners is Bezalel Smotrich, head of the far-right Religious Zionism party who like Ben-Gvir is a West Bank settler averse to Palestinians’ self-rule, let alone their hopes of statehood.

However, Alghashian said both Gulf powers had invested political capital in the agreements with Israel, known as the Abraham Accords after the ancient patriarch revered by Jews, Muslims and Christians alike, and are unlikely to break ties if serious conflict between Israel and the Palestinians recurs.

For the UAE, the diplomatic breakthrough with Israel capped years of discreet contacts in important commerce and technology and may help the Gulf monarchy craft an image as a force for stability in a turbulent Middle East.

Israel and the UAE ratified a comprehensive economic partnership agreement in December, after Netanyahu’s election victory. It is expected to be the widest-ranging deal of its kind between Israel and an Arab state.

Ties have also been bolstered by shared fears that Iran poses an existential security threat to much of the Middle East, and early signs suggest both countries want to keep the relationship strong.

UAE President Sheikh Mohammed bin Zayed al-Nahyan called Netanyahu to congratulate him on his inauguration and voice his hope “to push forward the path of partnership and peace between the two countries”, the UAE state news agency said.

Bahrain said on Friday it was committed to working with Netanyahu’s government, describing the veteran Israeli leader as one of the architects of the Abraham Accords and predicting the relationship would “continue to move from strength to strength”.

A Bahrain government spokesman said the accords provided a path to peace “in a manner that guarantees the rights of the Palestinian people, with the establishment of an independent Palestinian state with east Jerusalem as its capital”.

Ben-Gvir indicated that he was interested in developing closer relations, speaking in a videotaped interview given at a hotel reception put on by the UAE embassy in Israel on Dec. 1 – after he signed a coalition pact with Netanyahu.

“This is the proof that one can make peace without concessions, without capitulation – but rather, peace, peace, between people who have affection for one another,” he said in comments published by the conservative Israel Hayom newspaper.

Palestinian officials have said they feel betrayed by fellow Arabs for forging relations with Israel without first demanding progress toward the creation of a Palestinian state.

In Ramallah, in the Israeli-occupied West Bank, Wasel Abu Youssef, a member of the Palestine Liberation Organization’s Executive Committee, called on Arab states to review relations with Israel.

“Arab countries who formed normalisation ties with the state of occupation are required more than ever to revise these agreements,” he told Reuters by phone.

“What is required today is to impose a comprehensive siege and isolation against the occupation state and the government of fascist policies and to expose its crimes before the world.”

That may be wishful thinking.

There appears to be no sign of danger to the Abraham Accords, even though they may not be so popular on the Arab street. But Palestinian options are limited.

Netanyahu has pledged to build on the achievement during his previous term of the Abraham Accords that opened the way to a possible normalisation of relations with other Arab countries.

He wants to cultivate relations even with Saudi Arabia, the most conservative and cautious Middle East heavyweight.

“Peace with Saudi Arabia will serve two purposes,” he told the private Saudi TV channel Al Arabiya last month. “It will change our region in ways that are unimaginable. And I think it will facilitate, ultimately, a Palestinian-Israeli peace.”

Saudi Arabia is opening up somewhat under its leader Prince Mohammed bin Salman, but has been cool to normalisation with Israel in the absence of progress in the Palestinians’ statehood quest. 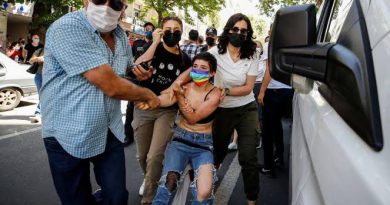 Turkish police detain at least 15 at Pride march in Ankara 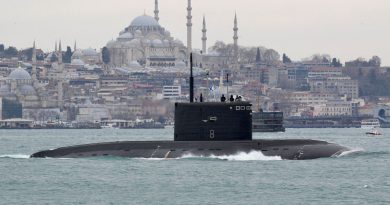 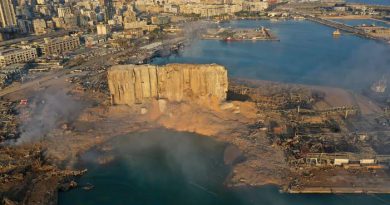