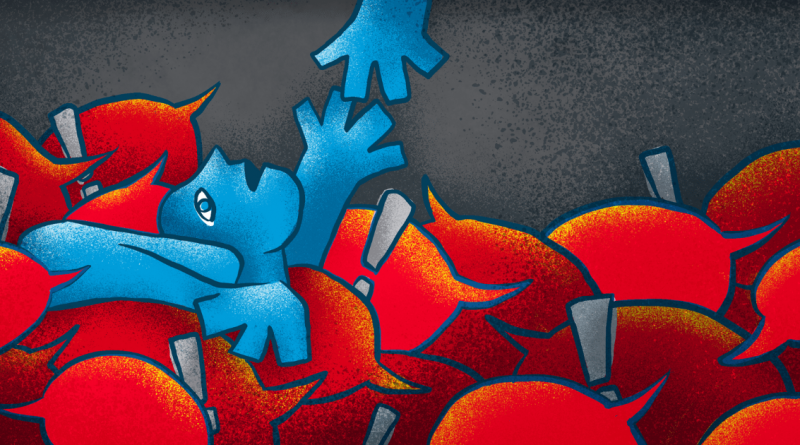 The cycle of intolerance, hate, and bigotry needs a full-stop, and the responsibility lies on each one of us.

Intolerance has been one of the widely discussed topics around the world. It’s a phenomenon of parochialism that leads to a weird human trait to reject any belief, view or behavior that isn’t in one’s dictionary. It’s a rampant problem that has fallen like a curse upon the progressive societies, while leaving the citizens of the global village into despair.

Intolerance usually arises from the supremacist understanding of one’s own existence or belief system: When a person feels his religion or view is supreme and has no parallel, and anyone who does otherwise is a low-life and has no value. This has led to the worst massacres in human history.

Holocaust is a popular example where over six million Jews were killed by Nazi Germany during 1941-1945. Similarly, over 15,00,000 Armenian Christians were killed by Ottomans during 1915-1922. Nearly 80 Hindu Pandits were officially killed in Kashmir in the 1990s during their mass exodus from the Valley. At least 8,00,000 Tutsi minorities were eliminated during the Rwanda genocide in 1994. At least 30,00,000 Bangladeshis, both Hindus and Muslims, were killed by pro-Pakistan Islamist militias during the creation of Bangladesh in 1971. More than 30,000 Iranians were massacred and publicly executed by the Khomeini regime in 1988, and were buried in 36 mass graves.

Intolerance has also led to numerous terrorist attacks. Whether it was 9/11 Twin Tower attack against America in 2001, or 25/6 Khobar Tower Bombing against Saudi Arabia in 1996, or 26/11 Mumbai attacks against Indian in 2008, or 7/7 London bombing against United Kingdom in 2005 — the list goes on.

These examples are an ugly side of history that can’t be undone. However, realistic efforts can be made to contain this disease, so that at least this page of the history doesn’t reappear.

Indonesian researcher Sari Seftiani talked about an analysis method which researchers and civil society groups in Indonesia carried out to understand the growth of intolerance. They came up with a model called ‘Structural Equation Modelling (SEM)’, through which they concluded that strong religious and ethnic identity was a major factor in someone having intolerant attitudes. Usually, this method is used in marketing and health sectors to gauge the satisfaction levels.

After interviewing 1,800 respondents, the researchers identified factors that cause intolerant attitudes. The research suggests that perceived threat, distrust, religious fanaticism and social media can directly and potentially trigger intolerance.

Apart from the above factors, conspiracy theories, apocalyptic propaganda, and fake news can also trigger a great deal of intolerance.

Texas synagogue attacker Faisal Akram was heavily influenced by the anti-Jewish conspiracy theories taught by late Israr Ahmed of Pakistan — that Jews control the world order; that Jews are moving towards a greater Israel project, after which everyone will be enslaved to serve them. Such systematic lectures generated a perceived threat, which turned a normal person into an intolerant bigot who took up arms.

American science writer Michael Brant Shermer wrote an article, ‘Why People Believe Conspiracy Theories’, wherein he cited the case of New Zealand Christchurch mosque attacker Brenton Harrison Tarrant, who had a 74-page manifesto titled ‘The Great Replacement’ which was basically a far-right conspiracy theory document that claims that white Christian Europeans are being systematically replaced by people especially Muslims from North Africa and the Middle East, through immigration and higher birth rates. This conspiracy theory led to the killing of 51 worshipers.

Apocalyptic propaganda wired with self-interpretations of the religious preachers have turned out to be lethal to foment intolerance. This cannot be confined to only a particular religion, as this problem has almost existed in all major religions.

Emergence of the ‘dark forces’, arrival of the Redeemer or Messiah, and the dream of a ‘perfect world’ led by only one religion and one world order have turned the followers of these religions into bigots.

Such propaganda leads the religious followers into fanaticism. They live in a rosary world where they see that only they will rule the planet while other communities or religions will either be wiped out or will be demoted to a lower level to serve them.

Unfortunately, when they wake up to a regular day, with the same routine and same work to do, they often get frustrated, and resort to intolerant behaviour in order to expedite the process to achieve the perfect world.

Perceived threat with the help of social media has also been a major cause of the growing threat of intolerance.

An imaginary threat or the phobia of the unknown that is often magnified through social media — namely Twitter, Facebook, YouTube, WhatsApp, etc — has made millions of people insecure and aggressive.

Most people tend to believe that if they remain inactive in the happening world, either they’ll lose the battle or their opponents will overpower them to wipe them off.

This perceived threat destroys their present, generates distrust, and sparks intolerance and prejudice toward those who they see as ‘potential threats’.

Everyone realizes that there’s a gap that needs to be filled in order to confront intolerance. However, most of the efforts made to patch it up have turned out to be futile.

Talking about India, I personally believe there’s indeed a gap between the Right wing majority and the regular people from minority communities. This is often exploited by the anarchist powers, especially from the non-Right wing political sides to keep the ball rolling. They thrive on marketing the perceived threat, and pushing the phobia of extinction in both the groups.

In case a political leader from the Right wing tries to smoothen his terms with the minorities, he will be accused of ‘appeasement’, and if leaders from the minority community try to smoothen their terms with the Right wing, they will be labelled as ‘sell-outs’, or cowards who traded off their conscience. Hence, this gap exacerbates, and leaders from both the camps have to behave aggressively to keep their profiles relevant.

Coming to the Table

I am not an expert to recommend a tactical solution to resolve the differences and to fully defeat the tides of intolerance. However, coming to the table has always been a healing stage.

Coming to the table is often misunderstood as compromising one’s religion, or renouncing one’s belief, and adopting the religion of the counterpart.

It’s not the case — a Hindu who feels proud of his faith can remain who he is, and a Muslim who feels proud of his faith and religious practices can practice his faith and book. While a Jew who doesn’t believe in Jesus can normally practice his faith, and a Christian who believes that only Jesus is the staircase to heaven, can believe what he wants. In short, coming to the table does not in any sense means converting or forcing others to your way.

We have numerous examples in history. The Abraham Accords, for instance, saw Arab Muslim countries like the United Arab Emirates, Bahrain, Sudan, Morocco forge ties with Jewish nation Israel, based on mutual terms and agreements.

When people from different faiths and sects come to the table, they get a fair chance to listen to each other to understand their genuine reservations. This process can be shaped or designed in various ways.

I learnt some of the methods from my British friends who tried and tested this method. For instance, a football match with mixed players in different teams, or an exhibition to display the works and arts of followers of different races and religions.

Who Will Bell The Cat?

In the end, I would like to add a significant point. I am sure a lot of us would like to be a part of the healing process, but who’ll bell the cat?

Whataboutery often comes up in a discussion as a spoiler. Each group tries to justify its intolerant behaviour by using whataboutery.

I personally believe that recognising the self-problem is part of a bigger solution. It doesn’t mean self-loathing. But to sincerely voice out the problems with proper introspection, without any ifs and buts, can help the counterparts to rethink and collaborate. At least those in the opposition camp pay ears to listen to your concerns or your points of view.

Each one of us is responsible to bell one’s cat without demanding others to do that. ‘Who’ll do first?’ or ‘Why should I do it first?’ will never break the vicious cycle.

The cycle of intolerance, hate, and bigotry needs a full-stop, and the responsibility lies on each one of us.

Zahack Tanvir is a Saudi-based Indian national. He is Director of Milli Chronicle Media London. He holds a PG-Diploma in Artificial Intelligence and Machine Learning (AI-ML) from IIIT. He did a certificate program in Counterterrorism from the University of Leiden, Netherlands. 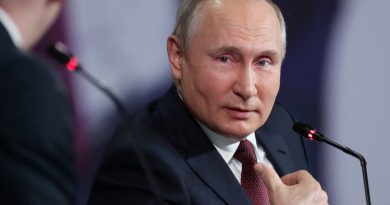 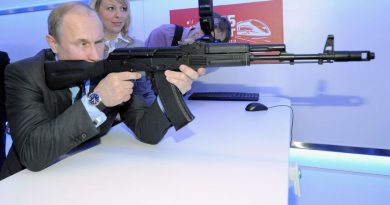 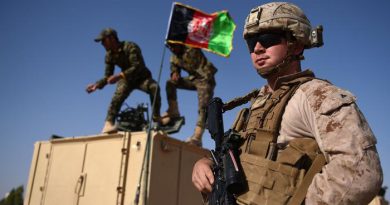