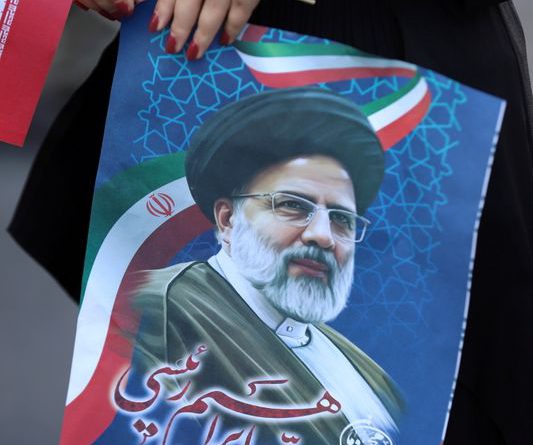 Whoever wins, breaking free of the toughest U.S. sanctions will remain the top economic goal.

An expected win for a hardliner in Iran’s presidential election on Friday is unlikely to slow its bid to revive a nuclear deal and break free of sanctions, with ruling clerics aware their political fortunes rely on tackling worsening economic hardship.

Victory for a security hawk such as Ebrahim Raisi would allow the new government to claim credit for any economic benefits arising from the revival of the 2015 nuclear accord, something the outgoing administration may agree in coming weeks.

A revived pact would likely see a lifting of tough U.S. curbs that have slashed vital oil exports, with fresh revenues starting to flow early in a new government’s term.

At the same time, a deeply anti-Western government might be reluctant to dial back Iran’s regional rivalry with U.S.-allied Gulf Arab states, unless ordered to do so by the country’s top authority, Supreme Leader Ayatollah Ali Khamenei.

Raisi, a hardline judge, appears the favourite in the five-man race, thanks to support he enjoys from Khamenei. Raisi has voiced support for Iran’s nuclear talks with world powers.

Will Iran change its stance in Nuclear Talks?

Unlikely. Khamenei, not the president, has the last say on Iran’s nuclear and foreign policies.

With economic misery palpable at home, Iran’s rulers cannot risk starting the talks from scratch after the election.

Iran is negotiating with six major powers to revive a nuclear deal abandoned in 2018 by then U.S. President Donald Trump, who argued it was too soft on Tehran. Under the deal Iran agreed to curbs on its nuclear programme in return for the lifting of international sanctions.

Trump reimposed sanctions that have squeezed Tehran’s oil income and have shut it out of the international banking system.

If and when a deal is reinstated, Iran expects to be freed from most U.S. sanctions.null

Like Khamenei, Raisi has endorsed the talks, but the mid-ranking cleric says a “powerful government should implement it”.

A restoration of ties with the United States, which Iran’s rulers have called the “Great Satan” since taking power in a 1979 revolution, remains out of the question.

Whoever wins, breaking free of the toughest U.S. sanctions will remain the top economic goal.

For hardliners, even as they anticipate victory for one of their own on Friday, the economy remains their Achilles heel.

From core supporters of the establishment to working-class Iranians and business elites, all are feeling the impact of galloping inflation and rising joblessness to varying degrees.

Iran’s clerics fear a revival of street protests that have erupted across the country since 2017. Officials acknowledge the authorities are vulnerable to anger over worsening poverty.

“Raisi’s main challenge will be the economy. Eruption of protests will be inevitable if he fails to heal the nation’s economic pain,” said a government official.

Candidates have promised to create jobs and end the fall in the value of the rial. But none have issued detailed plans.

Prices of basic goods like bread and rice rise daily. Meat is too dear for many, costing the equivalent of $40 for a kilogramme. The minimum monthly wage equates to about $215.

The goal will remain to free oil exports from sanctions.

Sanctions have cost Iran billions of dollars in oil income and lost market share in the Organization of the Petroleum Exporting Countries, largely to Saudi Arabia.

Industry analysts say if sanctions are lifted Tehran could raise crude output from the current 2.1 million barrels per day (bpd) to a pre-sanctions level of 3.8 million bpd within months.

But the global transition to lower carbon fuels, combined with the impact of the COVID-19 pandemic on energy demand, makes Iran a less attractive market for many energy majors. While some European refiners have shown interest in buying Iranian crude when sanctions are lifted, not many Western oil firms have publicly expressed willingness to invest in Iran. Russian oil and gas producer Lukoil said earlier this month that it would be interested in returning to Iran if sanctions against the country are lifted.

This is not clear, and in any case the top authority in foreign policy is Khamenei, not the president.

Iran’s Gulf Arab neighbours want an end to Tehran’s push for dominance in the region, where it competes for influence from Syria and Iraq to Yemen and Bahrain.

“Regional policy is firmly under the control of Khamenei and the IRGC … meaning there will likely be broad consistency (after the election),” said Eurasia Group analyst Henry Rome, referring to Iran’s Revolutionary Guards.null

Riyadh believes any revival of the 2015 accord should be a starting point for discussions to curb Iran’s missile programme, one of the biggest in the Middle East. At the same time, Riyadh has held direct talks with Iran to try to contain tensions.

“Iran might score a win if issues pressed by Riyadh and its allies, such as Tehran’s missile programme and its proxies, are not included in the nuclear pact,” said Salah Nasrawi, an expert on Middle East politics. 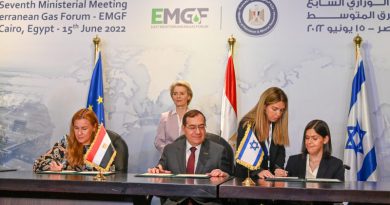