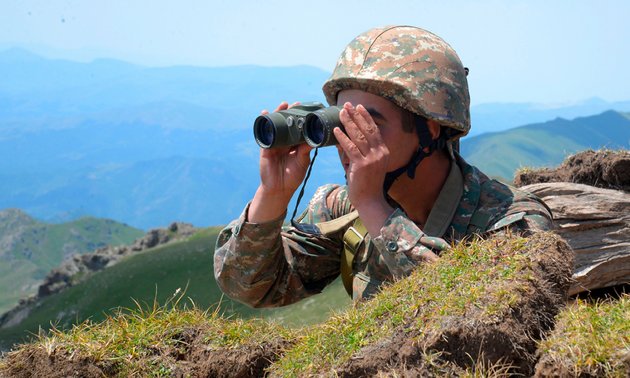 International positions on the Azerbaijani-Armenian conflict are being drawn in the South Caucasus as the Armenian aggressions toward Azerbaijan show no apparent slow down, with immense casualties in the span of a single week.  One such example of sides being chosen is the current Armenian rhetoric toward Israel in the wake of the escalations. In retaliation for Israeli weapons sold to the Azerbaijani for their national defense, Armenia has removed its ambassador from Israel.

The weapons were sold to Azerbaijani defense forces who are protecting the borderline region from the Armenian forces that have advanced upon the zone, in the bloodiest conflict in the zone since the Four Day War of 2016.

Propaganda  outlets continue to dial up the heat as Armenia and its unrecognized settlement in Karabakh press forward against Azerbaijan and Turkey. Turkey has condemned the Armenian offensive in the occupied zone, and has routed Syrian troops to the scene of events.

As media outlets inflame conflict with their strong language regarding either side, international players seek to mediate the situation. The U.S, France, and Russia have all called for conflict resolution in the form of talks. It could already be too late for talks, as hundreds of people have died in the span of a mere week, citing Newsweek. Both Armenia and Azerbaijan have responded to these talks, as was reported by Newsweek. Likewise, both Armenia and Azerbaijan are seeking the U.S. to state an official position in hopes that the U.S. will resolve their conflict. The U.S. has advised neutrality.

Following suit to the U.S. neutral posture, the international community has been loath to take sides in the conflict. The international community takes the position that both players have an equal blame in the continued escalations. Yet, the Armenian offensive in Nagorno-Karabakh is not so cut and dry as a simple interacial war between two border regions. Armenian has consistently sponsored its citizens to migrate to the Nagorno-Karabakh region, given economic incentives to do so.

The Azerbaijani people have many times discredited the narrative that they have committed aggressions and terrorism against their Armenian neighbors, citing a far more complex context for the war in 1988-1994 era. Azerbaijani people have taken the position that they are interested in retaining the land they were granted post-Soviet days, basing their claims after treaties  drafted before even the Soviet Union was formed, in immediate pre-modern history. These treaties are known as the Treaty of Turkmenchay and the Treaty of Gulistan. They were formed in 1813 for Golestan. The Treaty of Gulistan stripped Iran of its surrounding territories, and it was during the drafting of the Treaty of Gulistan that the pre-Soviet Armenia and Azerbaijan were formed. The conflict between Russia and Iran, and the divided territories, set the tone for the conflict that would emerge in the post-Russian days.

For the complexity of this history, claims of racial terrorism or even illegal occupation are not so cut and dry as they appear. Armenian media outlets use the sympathetic response of audiences to gain support, while ethnic groups such as Azerbaijanis and Kurds have also been equally scattered in the political conflicts that have plagued the region ever since the Second Persian War.

Human rights lawyer and security analyst Irinia Tsukerman interviewed Azerbaijani Ramil Dursunov, Ph.D. regarding the Azerbaijani position on Armenia and modern border escalations, see Republic Underground for the full interview. Dursunov, a researcher at the University of Fribourg, Switzerland, stated that the international community had failed to act accordingly to the status of the escalation for the ethnic cleansing that it is.

“The international institutions which were called to regulate this conflict in a legal way and assist the negotiation process between parties demonstrated the negligence and inability to respond the calls of Azerbaijan on constant attacks of Armenia, which threatened the lives of civilians, and therefore I support the Azerbaijani government’s actions as a necessary step for preservation of human rights and humanitarian needs of the civilians, which are the basics of the modern international legal system,” said Dursunov.

Negotiations have nearly been in reach in the last half-decade of the 30 years since the Soviet Union fell and the regional dispute dating back to antiquity became heated once again. There was hope that a potential to form healthy correspondence over the ordeal was in reach when, in late 2019, the governance of Armenia shifted power. The International Crisis Group called this event a chance to “dig out of deadlock” in the region. Baku and Yerevan were prompted to act swiftly before “the window” of talks closed on key issues.

At that time, the thought was that, if adjacent territories would freeze construction on the land, and if Azerbaijan would, in return for compliance, neglect to take legal action, then peace would be nearer. This ideal, however, was not the case. Armenia commenced with construction in the region. BNE Intellinews reported on June 9 that Armenia and its subordinate settlement Karabakh had announced a third connecting highway construction project in the region.

Regional dispute intensified in the weeks that followed, as Armenia shows no sign of relinquishing its advance and progress in the subordinate. Modern Diplomacy referred to the tensions as of July, when shelling resumed in the Tovuz region, as “opportunism,” but took a position that was pro-Armenian and condemning what it called “Azerbaijani think tanks” for their many submissions to the editorial, in what stereotypically characterizes the narrative slant toward the pro-Armenian angle in the conflict.  Modern Diplomacy also went on to discredit an article it had removed from its site by Irina Tsukerman that had detailed the economic opportunity advancements of Armenia in the region.

This article is still available at the Besa Center, and details the timeline of the economic advantage-seeking in the region. The article denotes the fact that the international community has been led to believe by Armenia that the standoff with Azerbaijan is more or less a proxy war against Turkey. Turkey has likewise, perhaps inadvertently, affirmed this international supposition by sending military aid to Azerbaijan. As escalations continue, international powers fear being pulled into the domestic conflict between Azerbaijan and Armenia and then, as a result, undergoing increase escalations between the international powers over their positions in the Caucasus. 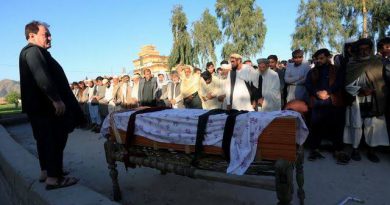 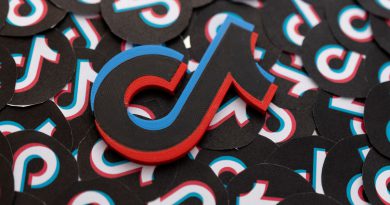