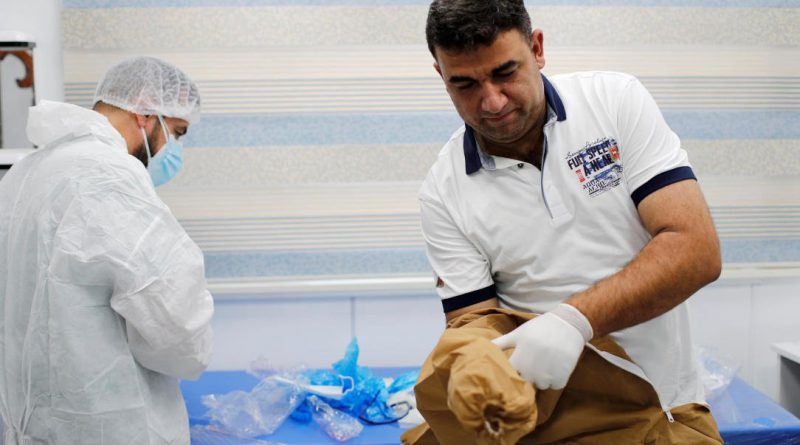 Najaf (Reuters) – Iraqi doctor Tariq Al-Sheibani remembers little else beyond cowering on the ground as a dozen relatives of a patient, who had just died of COVID-19, beat him unconscious.

About two hours later the 47-year-old director of Al-Amal Hospital in the southern city of Najaf woke up in a different clinic with bruises all over his body.

“All the doctors are scared,” said Sheibani, speaking at his home in Kufa a few weeks after the Aug. 28 attack. “Every time a patient dies, we all hold our breath.”

He is one of many doctors struggling to do their job as COVID-19 cases rise sharply in Iraq.

They are working within a health service that has been left to decay through years of civil conflict and underfunding, and now face the added threat of physical attack by grieving and desperate families.

Reuters spoke to seven doctors, including the head of Iraq’s Medical Association, who described a growing pattern of assaults on medical staff. Dozens have taken place since the COVID-19 pandemic began.

Meanwhile, the United Nations has warned that the pandemic could spiral out of control in Iraq.

Authorities have lifted many lockdown measures, allowing restaurants and places of worship to reopen, but they have shut borders to pilgrims ahead of a large Shi’ite Muslim pilgrimage that normally draws millions to the south of the country.

More than 8,000 people have died, a number that some doctors fear will rise sharply, putting frontline healthcare workers under huge pressure and in some cases in physical danger.

The health ministry did not immediately respond to a request for comment on the COVID situation in Iraq and medics’ complaints about the threat of violence.

Sheibani, whose beating went viral when CCTV footage circulated online, said the family of the deceased patient blamed his staff for the death. He said he did not know how the video reached the public domain.

The patient had arrived at hospital in critical condition.

“I hate myself and I hate the day I became a doctor in Iraq,” Sheibani told Reuters. “They brought the patient in his final stages and he died, and they want the health system to bear the responsibility.”

Enforcing health safety guidelines within the hospital is not always easy, especially when tensions between families of sick patients and hospital staff are running high.

During a recent visit to Sheibani’s hospital, which is a coronavirus isolation centre, Reuters reporters saw relatives of COVID-19 patients coming in and out of the ward without wearing full protective gear as they are supposed to.

Some were only wearing surgical face masks.

Iraq is fighting the pandemic with a depleted force of doctors and nurses.

There are also significant shortages of drugs, oxygen, and vital medical equipment, the result of years of underspending.

Many young doctors say they are overworked, putting in 12-16 hour shifts every day meaning they are more likely to make mistakes in prescriptions and treatment. Some take kickbacks for handing over certain drugs, physicians told Reuters.

The Health Ministry did not immediately respond to a request for comment.

Prime Minister Mustafa al-Kadhimi has condemned the attacks against medical staff and promised to hold perpetrators to account.

The attacks have increased in recent months, said Medical Association president Abdul Ameer Hussein. He said his association could not keep track of all of them, but they include verbal and physical abuse and even stabbings.

Sheibani filed a complaint with police, but he said he had received threats from the people who beat him up to drop the case.

“They might attack me or my family,” Sheibani said, adding that he no longer left his house alone.

Doctors say the government has not taken tough enough action to protect them from violence, which they have faced for years even before the pandemic.

The health ministry said in a statement on Saturday that it would assign its legal division to file lawsuits against those who attacked health workers, as well as those medics who fell short in treating patients.

According to the Medical Association, at least 320 doctors have been killed since 2003, when U.S.-led forces toppled President Saddam Hussein, ushering in years of sectarian violence and Islamist insurgencies.

Thousands more have been kidnapped or threatened.

Doctors and human rights activists say the state is so weak that it cannot bring doctor’s assailants to justice, especially if they come from a powerful tribe or belong to a militia.

“The government can’t protect doctors from tribes. Doctors end up dropping the cases because they receive threats,” said Hussein, adding that he often asks tribal leaders to mediate when a doctor is being threatened.

Doctors have gone on strike and protested in recent months over what they say is government inaction over the attacks.

Abbas Alaulddin, 27, a doctor in Baghdad who was assaulted last week by the family of a patient who died of COVID-19, said he was considering seeking asylum.

“The situation here is unbearable.” 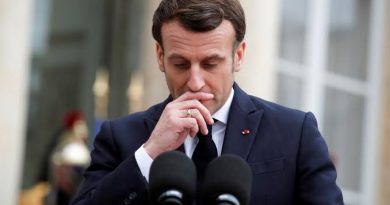 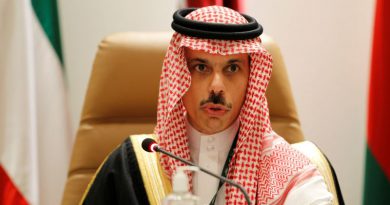