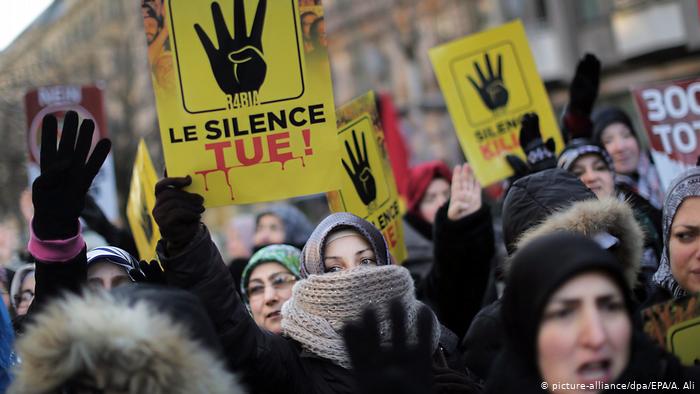 While the Muslim Brotherhood’s (MB) radical ideas have shaped the beliefs of generations of Islamists, Jihadists and terrorists groups, over the past seven years, it has lost some of its power and appeal in the Middle East, crushed by swift decisive political and security awareness from A4 governments.

Since the MB rise to power in Egypt and snubbing by younger generations of Non-Islamists who helped bring them to power, the MB lost credibility as the driving force for change in the Middle East, in fact they became a full fledged dictatorship.

But the Middle East is only one scene of the Muslim world domination plan in their pursuit to restoring the Ottoman Empire.

Europe has become an incubator for Islamist thought and political development. Since the early 1960s, MB members and sympathizers have moved to Europe and slowly but steadily established a wide and well-organized network of mosques, charities, and Islamic organizations.

Unlike the larger Islamic community, the Muslim Brotherhood’s ultimate goal is not helping Muslims be the best citizens they can be, but rather to extend Islamist ideology throughout Europe and the United States and infiltrate judiciary and legislative branches of governments.

Through four decades of teaching, grooming and cultivation paid off. The student refugees who migrated from the Middle East forty years ago and their descendants now lead organizations that represent the local Muslim communities in their engagement with Europe’s political elite, funded by diverted charity money and generous contributors from their wealthy members and others working in the Arabian Gulf States, they preside over a centralized network that spans nearly every European country.

These Muslim Brotherhood represent themselves as mainstream tolerant Muslims, even as they continue to embrace the Islamist radical views and maintain links to terrorists.

The Islamist grew their influence by maintaining false moderate rhetoric and well-spoken German, Dutch, and French, they have gained acceptance among European governments and media alike.

Politicians across the political spectrum rush to engage them whenever an issue involving Muslims arises or, the MB successfully started gaining positions in the political scene as aids and allies the political elite rely on to secure votes of the Muslim community.

But those tolerant and peace loving Islamist drop their facade and embrace radicalism when speaking Arabic or Turkish in front of their followers. While their “face” representatives like community leaders, future politicians and influential figures speak about interfaith dialogue and integration on television, their mosques preach hate and radicalized worshippers using the evil west analogy while they publicly condemn the terrorist attacks, they continue to raise money for Hamas, Hezbollah and other terrorist organizations.

MB capitalize on Europeans, eagerness to create a dialogue with their Muslim communities, political correctness forced politicians to overlook this duplicity in fear of cancel culture, that’s particularly visible in Germany, Sweden and the United Kingdom.

The MB capitalized on the victim card to retain and expand their place in Europe, the MB slowly but surely started to rebranding themselves distancing themselves from extremist groups and Islamist labels in public and sticking to it secretly.

What sets the MB apart from other political groups is their ability to adapt, circumvent, absorb crises and move towards new paths for it through their deep theoretical and ideological beliefs and its Machiavellian focus on the end that justifies the means.

From decline in Egypt and Syria in the 1960s to renewed activity in Europe and GCC states via old platforms such as the Islamic Group in Germany (GID) that was founded in 1958. The German branch of the Muslim Brotherhood in Europe founded by the MB Godfather in Europe the son-in-law of Hassan al-Banna, Said Ramadan in 1958, and was chaired by the German-Egyptian Ibrahim Al-Zayat.

The Federation of “Islamic” Organizations in France, which was established in 1989 and the existing formations as well as some new pocket organizations funded by the State of Qatar in the early 2000s and indirectly managed by the Brotherhood, such as the ANELD Fund which was established and funded by Qatar with a total of one hundred million euros in coordination with the French government, to finance entrepreneurship projects for “Muslims” in the most marginalized suburbs of Paris that successfully lured the children of immigrants from the second and third generations into the fold of the Muslim Brotherhood.

Now you know, now the truth is out, what will you do? 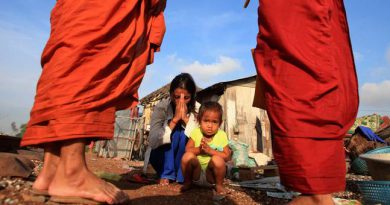 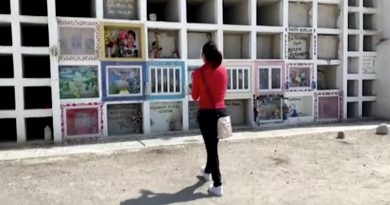 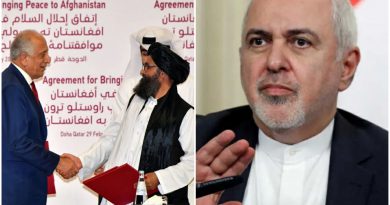