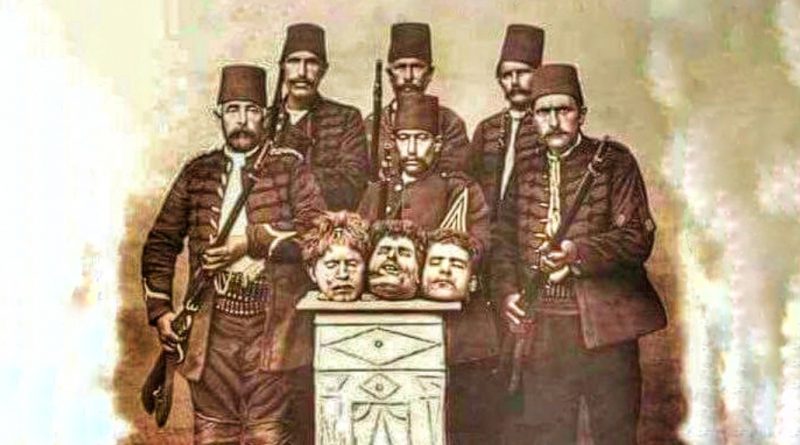 With the dust settling from a multitude of conflicts In the Balkans, Italian-Ottoman war, and the rise of the New Saudi state that started in 1902 and successfully gained more lands and support in the Arabian peninsula further aggravating the Turkish nationalist leading to internal turmoil the 1913 Treaty of London, signed between the victorious Balkan League nations and the Ottoman Empire, the Turks lost not only the Balkans, but also the Christians and Arabs living in the Middle East as well.

These factions had not been successfully assimilated to that of the Ottoman Empire for centuries, and following the successes of the new nation states, it was almost impossible for these Middle Eastern counterparts to the Balkan League to acquiesce the sultanate anymore.

The Young Turks were especially wary of Hellenism spreading from western Anatolia and the Black Sea regions to central Anatolia since the Greeks at the time were both economically stronger and more literate than the Turks.

Another significant minority within the Ottoman Empire with financial means were the Armenians.

The Young Turks believed these two Christian factions threatened the existence and power of the state, and their presence was a direct result of the tolerance of the previous Ottoman governments.

The Young Turks maintained that, with the influence of the Germans, the Christian minorities that were slowly becoming an economic and political power would eventually seize control of the state.

After the Second Balkan War, ended in 1913 a decision to destroy all Christian elements in Ottoman society and to seize and confiscate their wealth was made. A systematic plan to achieve this goal was implemented. Towards the autumn of 1913, local militias started to form.

While the militias were gearing up for possible clashes, the local inhabitants were subjected to intense propaganda against the Christian minorities. Journalists wrote inflammatory articles to radicalize the public.

Huseyin Kazim, a member of the pan-Islamist association, wrote:

“The existence of such infidels among us is an abscess for us and is a curse for our religion. Every relationship with them is a stain for us, and every connection is spiritual calamity.’

Every possible method was employed to incite hatred against Christians, especially the Greeks. The state spread propaganda that as long as these Christian elements remained, Turkish people were destined to be poor. Muslims were doomed to live without safety or dignity, and the Turkish state was under tremendous danger.

The counties that seceded were coloured black on maps, and those maps were hung on school walls marked with the word “revenge”. The clergy and government mouthpieces spread vengeful and hateful rhetoric across the country.

The attacks launched against the Greeks in 1914 would target the Armenians a year later.

For the Turkish Unionists, it was clear as day that the Arabs, who had resisted assimilation for centuries, could not be spared either. According to this mindset, Arabs, who evidently could not be Turkified, had to be humiliated with a huge blow to stop them from seceding.

The Arabs had never accepted Turkish rule and always demanded autonomy. They considered themselves as a noble race, being the proprietors of Islam and proud of the fact that the Quran was revealed in their language.

The abuses of Turkish officials who did not know Arabic or Arab culture angered many Arabs. Security forces suppressed all Arab protests with extreme force.

Among the Arabic-speaking regions, Syria stuck out like a sore thumb for the Turks. Syria had a wealthy class that was in correspondence with the politicians and business people of European countries.

Christians and Muslims living in Syria wanted to build and maintain a harmonious system for themselves in line with their multicultural past. The Turkish Unionists were bitter and annoyed of these attempts to secede and were waiting for an opportunity to implement their anti-Christian and anti-Arab policies in Syria.

The unionists had no intention of granting autonomy to the Arabs even at the expense of losing the hearts and minds of Arabs altogether. Lebanon, which had gained autonomous status with the support of the French, was the first target of the Turkish Unionists.

Lebanon’s autonomous status was abolished on Nov. 1, 1916, and the Christian administrator Ohannes Kuyumcuyan was removed to be replaced by Pan-Turkist Ali Munif. Istanbul deputy Salih Cimgöz said: “Lebanon become a part Turkey instead of being a cyst on (the Empire’s) body.”

The seizure of animals in Lebanon accompanied with a shortage of seed, resulted in mass starvation.

On March 10, 1917, during a congressional meeting, Lebanon deputy Emir Adil, speaking of the deaths of thousands, said: “We consider no difference between dynamite or bread when it comes to Lebanon and Beirut. For example, it is forbidden to transfer even one okka (about 1280 grams) of flour.”

Cemal Pasha, who played the leading role in the oppression of the Arabs, threatened bankers and merchants to keep the paper money and gold on par. When he rejected U.S. aid to the region, a large part of the population quickly vanished.

Abdulhamit Zohravi, a member of the delegation of Ayan, and former deputy, Sefik al-Mawyid, was among 36 people executed on the orders of Cemal Pasha during this period. The families and relatives of those convicted were exiled from Syria to Anatolia, hence, wiping out the local leaders of the Syrian people.

Their crime, according to the military courts, was “forming an underground organisation”. The activity of the organisation was determined to be establishing relations with British and French diplomats in order to gain autonomy for Syria.

Military courts were closed to the public, they did not allow defendants to bring their own counsel, and verdicts were immediately carried out.

When Mecca’s Amir Hussain Pasha’s son, Faisal, made a plea to Cemal Pasha on behalf of prisoners, Cemal Pasha not only declined the request, but also ordered the arrest of Faisal for constituting a danger to the state.

Following these events, Mecca’s Amir Hussein, a descendant of Prophet Muhammad, declared his independence in July 1916 and occupied a large part of the Hijaz region. Hussein afterward restated his commitment to the Caliphate and the Sultanate. His rebellion was against the Turkish Unionists and he cited Cemal Pasha’s atrocities, including the persecution of the Christians.

Because of the oppressive security policies and the atrocities of Ottoman Empire officials, Arab nationalists (Pan Arabs) ended up cooperating with the British in Syria and Mesopotamia. Thus, the empire lost control two of the Ibrahimic sacred cities, slashing the clout of the caliphate in the region and denying the Sultans the status of God representative on earth.

400 years of strict centralized, racist, nationalist and oppressive policies cost the empire the hearts and minds of the people before the lands, even when fading into obscurity the Ottomans adapted a policy of genocide against the Christians and Arabs (Arminian Genocide, Safr Burlik, Great Famine of Mount Lebanon and The Greek genocide).

History, tends to keep repeating itself. As the Neo Ottoman aimed to hide the horrors that plagued the Ottoman empire’s history employing Islamists and pan Arabs who find themselves pawns in the game of Neo Ottomans ambitious plans to dominate and control the region and restore the Empire. 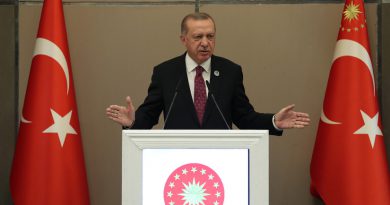 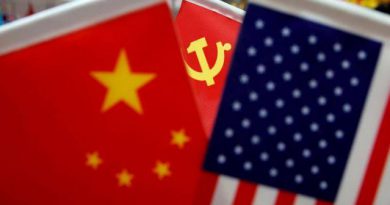 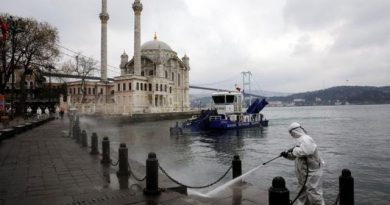