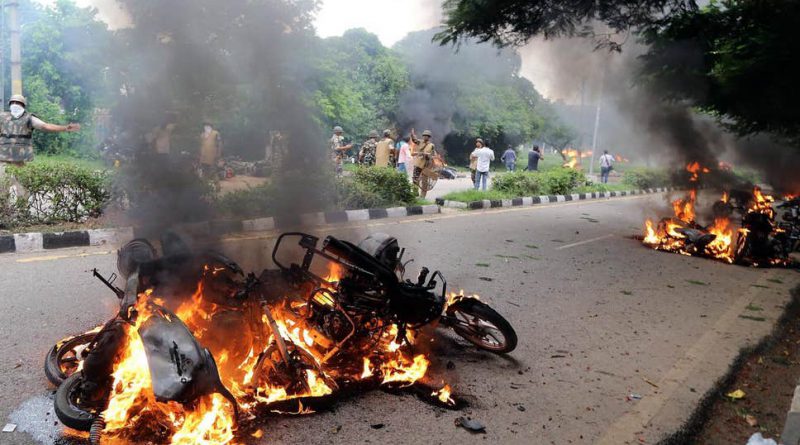 Through its worst slowdown in more than a decade India has had a constant positive to show investors: political stability. That no longer holds true.

Street protests and violence, which culminated in a riot that killed more than 46 in capital New Delhi during U.S. president Donald Trump’s state visit, have raised concerns about whether investors may need to further temper expectations for Asia’s third-largest economy.

India was the world’s fastest-growing major economy until about a year ago, when a slowdown took hold amid waning consumer demand, rural hardship and ballooning bad loans in the banking system. Yet, since his landslide re-election in May, critics say Prime Minister Narendra Modi’s government has prioritized measures that have stoked divisions between the Hindu majority and Muslims, triggering deadly protests that have started to hurt India’s image among foreign investors.

“There is disappointment with India and increasing caution among investors since the last election,” said John Lau, Hong-Kong based head of Asian Equities at SEI, which has $352 billion under management. “The recent political moves and laws have distracted the government from economic reforms.” Lau said the disruptions had led SEI to cut exposure to the South Asian nation to below benchmark levels. He’s not the only one sounding caution.

In February, as protesters blocked streets for the third straight month, WisdomTree Investments Inc., the U.S.-based fund with $64 billion under management — said it is concerned rising political and social tensions will delay the country’s economic recovery. Western Asset Management Co., the $453-billion investor and affiliate of Legg Mason Inc., said in January — less than a month after protests intensified — that it was reducing its Indian government bond holdings after tensions around a new citizenship law and the Kashmir region.

“If the Indian government came up with greater direct incentives to invest in India — such as greater economic reforms or specific plans on FDI — then they would be less minded to focus on the racial tensions, but all else being equal, yes, I would imagine the violence is off-putting to investors,” said Jim O’Neill, chairman at Chatham House, a London-based think-tank.

Calls to the prime minister’s office went unanswered while a spokesman from the office of Finance Minister Nirmala Sitharaman was not immediately available for comment.

Since December, tens of thousands across India have been protesting a new religion-based law that fast-tracks citizenship for religious minorities from neighboring countries but excludes Muslims. Taken together with a plan for a national citizenship register, the new law is seen by critics as a way for Modi’s Hindu nationalist government to discriminate against India’s Muslim minority — a claim Modi has denied multiple times.

The protests cement the view “that India remains too fractured and unable to rise above domestic cleavages,” Alyssa Ayres, who served as deputy assistant secretary of state for South Asia during the Obama administration and is now at the Council on Foreign Relations, said in an email. “People do worry about social instability and its significant costs.”

Home Minister Amit Shah has blamed opposition parties for provoking crowds and spreading rumors. Modi tweeted an appeal for peace and harmony. Yet, resentments are deepening: members of Modi’s party have called anti-government protesters “traitors,” and authorities failed to quickly rein in the Delhi violence. The riots started within days of the BJP’s resounding loss in local elections in the city, the third straight defeat in state polls since May.

Peace and harmony are central to our ethos. I appeal to my sisters and brothers of Delhi to maintain peace and brotherhood at all times. It is important that there is calm and normalcy is restored at the earliest.

“With key elections in the states of Assam and West Bengal looming next year, the government is likely to maintain focus on its controversial social agenda, risking more agitation,” said Akhil Bery, Washington-based analyst at Eurasia Group in a Feb. 28 note. Coupled with India’s “diminished outlook for economic reform,” the group downgraded the country’s short-term political trajectory to negative while remaining neutral on the long-term trajectory.

Modi won his first landslide victory in 2014 on the promise of growth and 10 million jobs each year. But now the headlines are dominated by religious tensions and deadly protests.

Although structural reforms started last summer raised hopes — tax cuts, opening up the country to more investment and privatizing industries — the economic slowdown took a turn for the worse this year. India’s economy slowed to a more than six-year low in the final three months of last year to 4.7%, according to government data released Feb. 28. The government estimates 5% GDP growth for the fiscal year through March, an 11-year low.

Rising religious tensions may make it easier for investors to turn their backs on India as the economy stutters, according to Simon Chauchard, Assistant Professor of Political Science at Leiden University.

“Investors don’t always care about regressive governments — Modi built a career as an economic genius on a riot,” said Chauchard by phone from Amsterdam.

“But investing in India remains difficult. The economy is doing badly and the mood is changing,” said Chauchard. “The narrative of Modi being a great economic reformer is dead — among the people who matter the tide might be changing.”

A global economic slowdown caused by the coronavirus outbreak, which is now starting to affect India, is expected to further complicate recovery amid supply disruptions of everything from automobile components to pharmaceutical ingredients. So too will India’s decision to raise trade barriers and its failure to complete an expected agreement with the U.S.

The violence in Delhi during Trump’s visit will have a lasting impact, according to Amitendu Palit, an economist specializing in international trade and investment at the National University of Singapore who has also worked for India’s finance ministry. “There will be reassessment, if not really a withdrawal of some investments,” he said. “Why would foreign portfolio investors not chose others over India?” 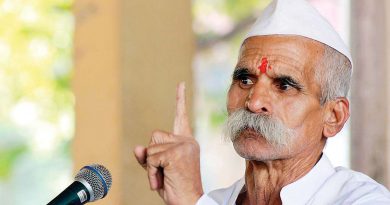 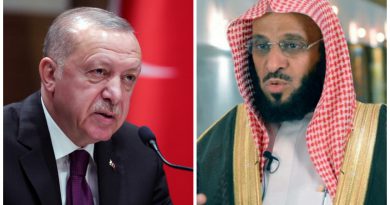 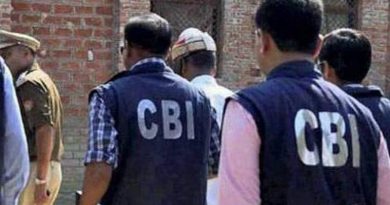