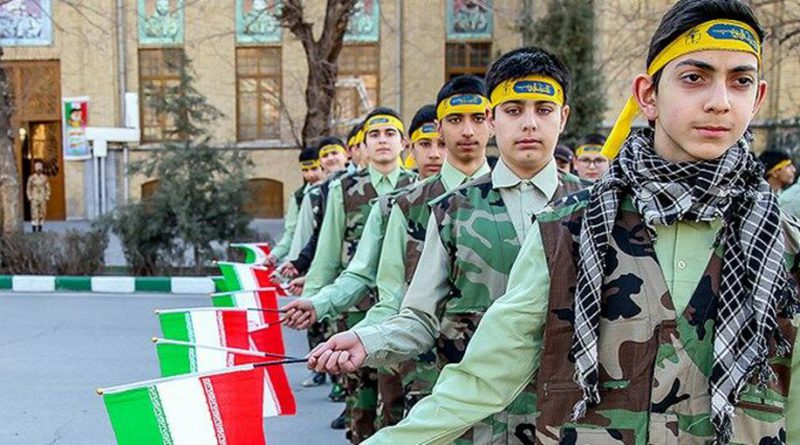 Iran has stepped up its operations to recruit young people to protect the Islamic Republic, many of them children, using some of the country’s most powerful resources, including sophisticated propaganda campaigns.

Significant work to bring in young fighters is done by the Students’ Basij Force, and Iran’s leader Ayatollah Ali Khamenei has praised young students willing to put themselves on the frontline, and the teachers who have encouraged them. He and other senior officials have publicly said that students should be regarded as a vital part of Iran’s able fighting force.

But statistics reveal that more than half of the student population are of elementary-school-age and are actually less than 12 years old.

Speaking to a group of teachers, Khamenei said, “Over 36,000 of our students were martyred during the sacred defense [the Iran-Iraq war, from 1980 to 1988]. If it wasn’t for the warm spirit of the teachers, it would not have been possible for the students to go to the frontline in all circumstances. This honor belongs to teachers.”

Former minister of education Mohammed Battaei has stated that the student population should be seen as a reflection of the country’s military capacity. Nine months ago, he said: “We now have 14 million students who, despite all the cultural invasions we have had, will be at the ready and, if necessary, will sacrifice their lives, just like the sacred defense.”

After his comments were met with negative reactions from some, Battaei claimed he had been misunderstood. However, even if it could be argued that he made such statements out of a desire to please the leader and his allies, it is clear that many Iranian leaders see children as potential soldiers with the mental and physical readiness for war or for emergency situations.

The Students Basij, which is tasked with most of the recruitment of boy soldiers, is part of the Islamic Revolutionary Guards Corps (IRGC) and was formed in conjunction with a legal initiative for the “Development and Formation of Student Mobilization” set up seven years after the end of the war in 1997. The cabinet of Iran’s ninth legislature (2012-2016) passed and finalized its executive regulations 11 years later.

Article 7 of the executive regulations defines the duties of the Students’ Basij Units as follows:

— Recruiting and organizing volunteers for membership in the Students’ Basij;

— Conducting educational activities to build a spirit of cooperation, responsibility, and defense-preparedness, and to develop and strengthen the Basiji culture and ideology;

— Organization of camps, conferences, and special training drills for members in accordance with the guidelines adopted by the council;

— Assistance with school programs and after-school activities with the agreement or invitation of the school principals;

— Participation in holy celebrations and extracurricular activities such as commemorating the Holy Defense Week [war commemoration] and the Students’ Basij Week;

— Carrying out necessary activities to strengthen the members’ scientific, cultural, and athletic skills.

Although most of these activities are of an educational and ideological nature, they are also regarded as an intrinsic part of a wider military strategy whereby children are trained to be mentally and physically able to contribute to war efforts.

Article 8 of the regulations states that “military training is absolutely forbidden in schools,” but is quickly followed by the proviso that such training can be “carried out outside the school in accordance with relevant laws and regulations.”

Are the Guards Getting What They’re Paying For?

The Students’ Basij Corps is funded by the state at considerable cost, with its facilities and activities supported by the education ministry and the armed forces.

Furthermore, special and extraordinary privileges are provided to students who join the Basij, including a reduction in the time required to serve in mandatory military service and more opportunities to take part in university education, including benefitting from quota systems earmarked for Student Basij members. These incentives make joining the forces attractive for many young people.

Currently the Islamic Republic makes huge investments toward transporting up to seven million students to pro-regime marches and sending them to Rahian-e Noor camps — tours to key battlefields from the Iran-Iraq War. It is difficult to calculate whether this output in benefits and training results in the military might and ideological commitment the regime is trying to secure, or what direction that investment will take in the future.

There have also been reports in recent years of the IRGC’s efforts to send non-Iranian children to the battlefields of the Syrian Civil War. In 2018, Human Rights Watch accused the Iranian Revolutionary Guard Corps of sending Afghan refugee children as soldiers to the Syrian war. The report said these Afghan children, sometimes as young as 14 years old, were deployed as part of the Fatemiyoun Brigade — which is comprised mostly of Afghan Shias who have often been told they will be given residency permits in exchange for “protecting Shia shrines” —  to fight alongside Iranian forces in Syria.

There is no evidence that Iranian children have been recruited to fight in Syria, but during domestic unrest, some younger Basij forces armed with light military equipment have appeared on the streets of various cities — a worrying phenomenon. In addition to the obvious dangers these children are being subjected to because they are being put into war zones, the long-term impact of these experiences pose a significant risk to their mental health, and jeopardize their ability to re-integrate into society, particularly those who experience military life before they have even reached puberty. But, as with older students, children can easily be seduced into military recruiting centers by a range of misleading promises.

For years, the IRGC has been “investing” in children. There are no official statistics regarding the number of Students’ Basij bases or the number of members who are underage. But journalists and activists have presented various pieces of evidence that outline the extent of the activities of the Basij organization. In one recent example, in November 2019, an army official in Khuzestan reported that there were 3,700 active Basij resistance bases in the province. At the same time, official statistics put the total number of secondary schools in Khuzestan province at less than 3000 schools. It would appear that, at least in some places in Iran, it is easier for children between 12 and 18 to join a Basij unit than it is to access their right to education. 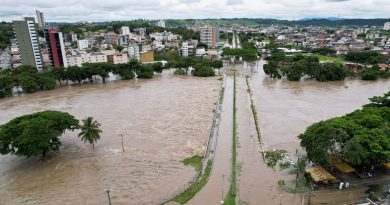 Dams burst in northeastern Brazil as region hit by floods 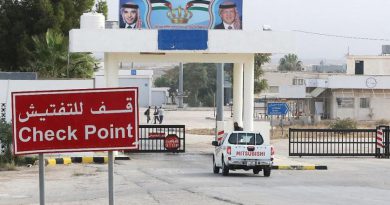