“Cops burned my hand, tried to throw me in fire in the street,” narrates the victim of Police brutalities in Uttar Pradesh-India.

“They (policemen) burned my hand by placing a hot rod, they also tried to throw me in the fire in the street, but two policemen saved me.” This harrowing account was provided by a 14-year-old boy from Muzaffarnagar (UP) — his name withheld. He was one of the victims of Uttar Pradesh police’s brutalities during the anti-CAA protests.

In UP, even children were not spared by the men in uniform, and disturbing accounts of them being brutally beaten by cops have been documented by the Karwan-e-Mohabbat’s fact-finding team which visited the worst-affected areas in recent days. Police stripped the minors inside police stations and several of them, heavily thrashed, received injuries on their back.

In Muzaffarnagar, Karwan-e-Mohabbat’s team said the horrors unfolded when they spoke to the 14-year-old boy. Frail and visibly shaken even after three weeks, he narrated experience he had in police custody. He said it all started when he was looking for his brother in the crowd. He landed in the hands of the police, who, after beating him mercilessly, used a hot iron rod to inflict burn injuries on his hands. He was then put in a car and beaten up. Kept in illegal detention in the barracks for two days, he was not given food. This was the story with all those detained in police stations.

The boy said he was beaten mercilessly in the first night as cops repeatedly asked him to “give them a hundred names”. He witnessed several other detainees being brutally beaten up by cops, particularly those wearing kurta pajamas and having beard.

He told the fact-finding team that police personnel were about to throw him into fire. ”They started beating me and tried to throw me into the fire. However two policemen saved me, they said don’t throw him in the fire, put him in the car.”

“They (police) abused us and our Holy Quran. When an official walked in, I asked for water. He first swore at me and then gave me water. We just sat all the day; they came many times and beat me up as also others. They didn’t give us food for two days. They didn’t allow us the detainees to talk to our family over phone or in person.”

The boy recalled that “he was returning home after namaz when he saw people running in the premises outside his home. “I went home and asked my mother where my brother was. He was not to be seen, I went out to find him out. There were police vehicles coming from all sides, they caught me and beat me up with sticks. They beat me very badly. I told them I was trying to find my brother but they didn’t listen. They started abusing me in filthy language, asking who else was with me. I said I didn’t even know anyone there. They beat for almost half an hour in the street. They made me sit in the car, beat me up again.”

One cop asked, “Will your ALLAH come to save you?” Cops beat us and made us chant slogans like Jai Shri Ram”.

Another grisly story is from Sambhal town where a boy was picked up by the police and subjected to brutal torture.

The boy’s mother told the Karwan-e-Mohabbat’s team, “He is my youngest son. He went out around four pm. He was with another child. We called him and said, come home, there was a fight there, and two boys had been killed. He said he was coming; he walked towards the police station near the Clock Tower to see the boy who had died. He was detained. He remained at the police station all night but we didn’t even know of this. We thought it was the Friday prayer, he might come home late. When he didn’t come at all, we also noticed that his phone was switched off. On the third night, we got to know from a doctor that my son was in Bareilly. The police snatched away his phone and kept it with them. He is 14 years old, but not very smart. He started crying. They scared him, he cries even now. It was no longer in our hands to do something, but we are doing our best to console him.”

According to the team, 19 minor boys are still in police custody in Sambhal. Another 14-year-old boy is from Sambhal town whose mother narrated her youngest son’s ordeal at the hands of the police.

The level of police torture in custody in the four towns (Muzaffarnagar, Meerut, Sambhal and Firozabad) was extremely high. Police did not even spare the children. In Muzaffarnagar, police arrested 40 minors from an orphanage madrasa and beat up the children.

The Jury of the People’s Tribunal on State Action in UP had made scathing remarks against the UP Police and the administration for the brutalities the cops exhibited. “The Jury is of the opinion that the UP Police and the state administration have violated every principle enshrined in the Juvenile Justice Act, 2015. Every single agency and mechanism that could have come to the rescue of children failed to do its duty.”

The tribunal’s jury consisting of eminent judges including Justice AP Shah, Justice Sudarshan Reddy, Justice V Gopala Gowda and academicians, also observed: “This also reveals that even the best of laws cannot be of any help to citizens if the executive machinery does not wish to see it being implemented in a judicious manner.” 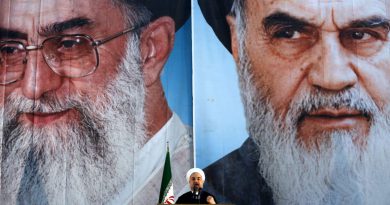 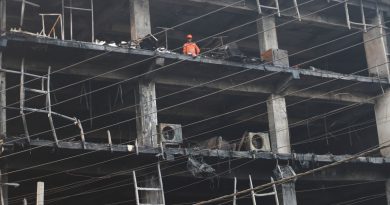 At least 27 killed in fire in western Delhi suburb 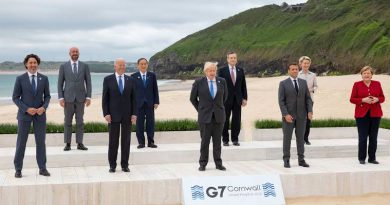