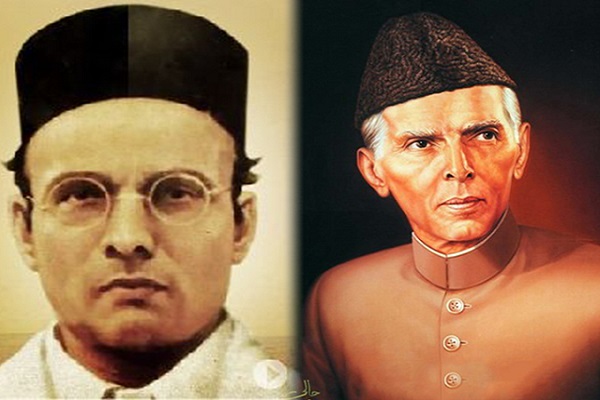 Savarkar had advised the Hindu leaders in the Muslim majority provinces to join ministries formed by the Muslim League.

The Hindu Mahasabha under the presidentship of VD Savarkar shamelessly aligned with the British masters to crush the Quit India Movement in 1942.

The ‘Responsive Cooperation’ with the British masters was not only a theoretical commitment. It soon got concretised in the ganging up of Hindu Mahasabha with the Muslim League too.

Savarkar defended this nexus in his presidential speech to the Kanpur session of Hindu Mahasabha, in the following words:

“In practical politics also the Mahasabha knows that we must advance through reasonable compromises. Witness the fact that only recently in Sind, the Sind-Hindu-Sabha on invitation had taken the responsibility of joining hands with the League itself in running coalition Government. The case of Bengal is well known.”

“Wild Leaguers whom even the Congress with all its submissiveness could not placate grew quite reasonably compromising and socialable as soon as they came in contact with the HM and the Coalition Government, under the premiership of Mr. Fazlul Huq and the able lead of our esteemed Mahasabha leader Dr Syama Prasad Mookerji, functioned successfully for a year or so to the benefit of both the communities.”

As explained by Savarkar, in the Muslim League Bengal ministry, the second-in-command of the Mahasabha, Dr Syama Prasad Mukherjee was Deputy to the Muslim League head of the ministry. Mukherjee also held the responsibility of suppressing the Quit India Movement.

Hindu Mahasabha and Muslim League, besides Bengal and Sindh ran coalition government in NWFP also during this period. It is to be noted that Savarkar had joined hands with the League when Congress opposed any dealing with the Muslim League.

Dhananjay Keer in his biography of Savarkar, which is hailed as the most authentic one by the fans of Savarkar, admits that Savarkar had advised the Hindu leaders in the Muslim majority provinces to join ministries formed by the Muslim League.

In fact, both had been working in tandem for several years. While addressing the Madura Conference of the Hindu Mahasabha (22nd session) in 1940, Savarkar admitted that his party had been aligning with Muslim groups in different provinces in opposition to Congress. His following words only corroborate the fact that Hindu-Muslim communalists had united against the Congress:

“At several places they [the Hindu Mahasabhaites] succeeded in inflicting defeats on the Congress candidates and today representatives of the Hindu Sanghatanist party form influential minority in the provincial legislatures and some of the local bodies as to be able very often to hold the balance so as to influence the formation of the Moslem Ministries themselves. In addition to that, there are two to three Hindu Ministers in the [Muslim] Ministry itself who are pledged to the Hindu ticket. ”

For a complete appraisal of his role in advancing the two-nation theory in pre-independence India, we must get acquainted with his words and deeds while he was guiding the Hindu Mahasabha from 1937 to 1942. These are available under one caption, Hindu Rashtra Darshan, published by the Hindu Mahasabha, Maharashtra.

While delivering the Presidential address to 19th Hindu Mahasabha session at Ahmedabad in 1937, Savarkar unequivocally declared:

“As it is, there are two antagonistic nations living side by side in India, several infantile politicians commit the serious mistake in supposing that India is already welded into a harmonious nation, or that it could be welded thus for the mere wish to do so. These were well meaning but unthinking friends take their dreams for realities. That is why they are impatient of communal tangles and attribute them to communal organisations. But the solid fact is that the so-called communal questions are but a legacy handed down to us by centuries of cultural, religious and national antagonism between the Hindus and Moslems…Let us bravely face unpleasant facts as they are. India cannot be assumed today to be a unitarian and homogenous nation, but on the contrary, there are two nations in the main: the Hindus and the Moslems, in India.”

Thus, Savarkar, long before Mohammed Ali Jinnah’s adoption of the two-nation theory in 1940 was preaching it. Both stood together against Indian nationalism.

Importantly, when the League passed its Pakistan resolution in Lahore (March 1940) Jinnah specifically referred to the above words of Savarkar in defence of his two-nation theory. Savarkar was not to be left behind in this thanksgiving exercise. While addressing a press conference in Nagpur on August 15, 1943, he went to the extent of saying,

“I have no quarrel with Mr. Jinnah’s two-nation theory. We, Hindus, are a nation by ourselves and it is a historical fact that Hindus and Muslims are two nations”.

Savarkar in the course of his presidential address to the 22nd session of the Hindu Mahasabha at Madura thanked,

“His Excellency the Viceroy for having deliberately and decisively recognised [sic] the position of the Hindu Mahasabha as…the most outstanding representative Hindu body and finally coming to the conclusion that the Moslim [sic] League represents the Moslem interests, the Hindu Mahasabha the Hindu interest…”

Dr B. R. Ambedkar, a keen observer and critic of the competitive Hindu-Muslim communal politics in pre-independence India, was candid in his belief that,

Strange as it may appear, Mr. Savarkar and Mr. Jinnah instead of being opposed to each other on the one nation versus two nations issue, are in complete agreement about it. Both not only agree, but insist that there are two nations in India—one the Muslim nation and the other Hindu nation. They differ only as regards the terms and conditions on which the two nations must live.

If Savarkar, with such anti-national ideas and practices to his credit can be awarded the highest national honour; BHARAT RATNA, who can stop Mohammed Ali Jinnah from claiming the same! 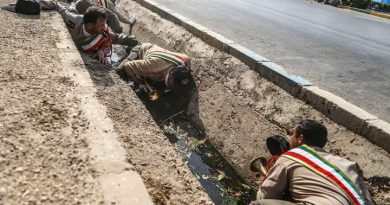 Why is ISIS’s responsibility for the attack on Iranian Military parade doubted? 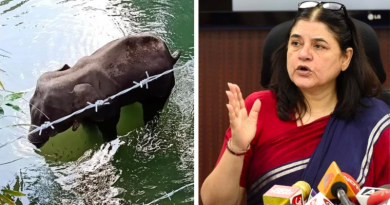 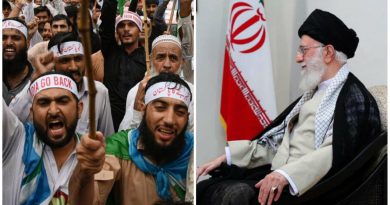