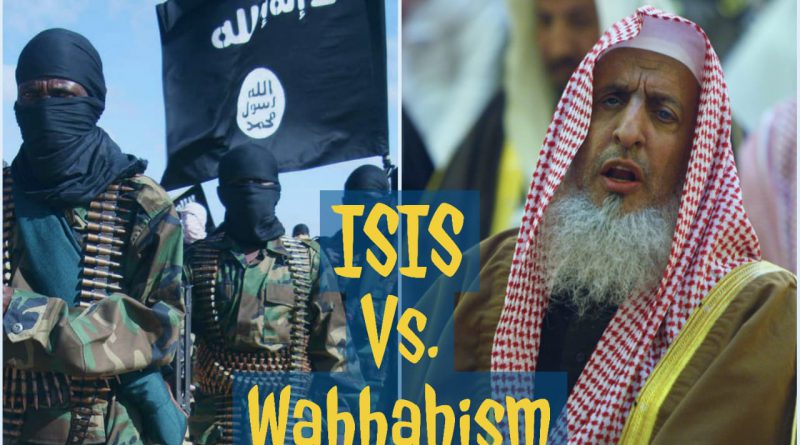 Osama bin Laden, the former Al-Qaeda leader, was at odds with the so-called Wahhabi scholars and the Saudi government.

I can’t help but to comment on the recent media rant that ISIS gets their ideology from Wahhabism—nothing could be further from the truth. Please bare with this longer than usual article—it is important for Muslims and non-Muslims alike.

Muhammad Ibn Abdul-Wahhab did not bring anything new, he only revived pure Islamic monotheism and cleaned up the polytheistic mystic Sufi practices and beliefs that were prevalent in the Ottoman Empire in general, and in the Arabian peninsula in particular, where grave and saint worship became the norm. He promoted adhering to the Sunnah, that is, Prophet Muhammad peace and blessings be upon him’s way, free from innovations in religion. He was not against modernity and technological innovation.

Muhammad Ibn Abdul-Wahhab and his followers did not revolt against the Ottomans nor was his mission to establish some sort of new leadership under them. In fact, it was Sherif Hussein who headed the Arab Revolt with the help of the British.

The so-called Wahhabis never labelled themselves as such. The loose label, which is only used to distinguish an orthodox practicing Muslim who frees himself form all partisanships, revolutionary ideologies, and mystical innovative groups, is Salafism.

Salafism is a methodology of following the religion, not an exclusive group with a membership or pledge of allegiance to a secret leader in a quasi-cult as some Muslims groups of today practice. The label Wahhabi was used by the West to negatively label the religious revivalist movement.

Unfortunately, certain Muslims, particularly those who adhere to mysticism, followed suit in the labelling game because this movement was against the practices of grave and saint worship in which extreme Sufis are immersed. Worshipping or calling onto anyone other than God is a form of major polytheism.

The so-called Wahhabi scholars, such as Ibn Baz, Ibn Uthaymeen, Albani and others, were the first to issue fatwas and bring forth solid evidence from Islamic texts condemning terrorism, whose source is the revolutionary group ideologies derived from Sayyid Qutb and Abul A’la Al-Maududi.

These groups promote violence and defiance of rulers, while Salafism promotes adherence the main body of the Muslims and obeying the ruler and keeping order, even if the ruler is an oppressor, for the evil of an oppressive ruler is much less than the evil caused by revolutions.

The Noble Quran clearly states in chapter 6 verse 129 in no uncertain terms that if the rulers are wrongdoers then the citizens are also wrongdoers – God says: “And thus will We make some of the wrongdoers allies of others for what they used to earn.”

ISIS, a revolutionary and defiant ideology, is the younger sister of Al-Qaeda. Osama bin Laden, the former Al-Qaeda leader, was at odds with the so-called Wahhabi scholars and the Saudi government. Yet, you find that Osama bin Laden is labelled a Wahhabi, when he was in fact on the opposite end of the spectrum from so-called Wahhabism, or more accurately, Salafism.

The word Salafi, like the word Islam, has been hijacked and used by different groups. Names don’t matter in reality, instead, the practices and action are what matter.

I advise Muslims to be conscious of God before letting their tongues or pens mention such terms and make such unfounded accusations whether directly or indirectly by posting articles on their walls by so-called Islamic experts.

Salafism calls to orthodoxy. If we claim that ISIS is following Salafism/Wahhabism, then we are saying that they are following orthodox Islam, which is anything but the truth, and is exactly what Islamophobes and haters want to try to prove.

Professor Wasim Ismail is of Palestinian origin settled in Canada. He earned Masters in Islamic Studies from Islamic Online University. 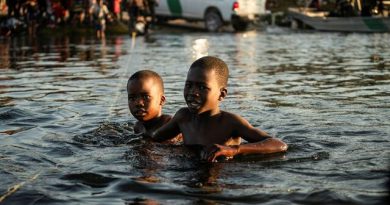 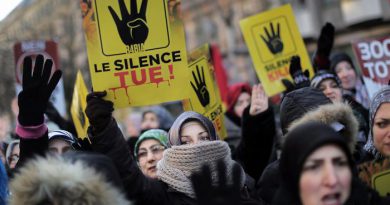