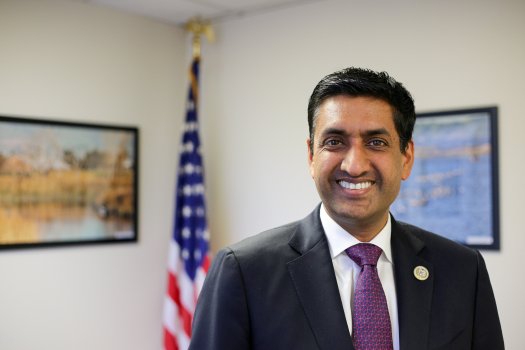 They want some powerful political personalities on their side, particularly in the United States. They believe Tulsi can be one of them.

“It’s the duty of every American politician of Hindu faith to stand for pluralism, reject Hindutva, and speak for equal rights for Hindus, Muslims, Sikhs, Buddhist[s] & Christians,” wrote Congressman Khanna on Twitter on August 29. “That is the vision of India my grandfather Amarnath Vidyalankar fought for.” Vidyalankar (1901-1985), who was repeatedly jailed for participating in India’s struggle for independence, later served as a Member of Parliament in the Republic of India.

Important article. It’s the duty of every American politician of Hindu faith to stand for pluralism, reject Hindutva, and speak for equal rights for Hindus, Muslims, Sikhs, Buddhist & Christians. That is the vision of India my grandfather Amarnath Vidyalankar fought for.

Referring to a profile of Congresswoman Tulsi Gabbard published by Caravan magazine in August, Khanna called it an “important article.” The 18,000-word cover story documents how Gabbard’s early congressional career was heavily financed by leaders and members in American affiliates of the Rashtriya Swayamsevak Sangh, an Indian paramilitary which promotes Hindutva.

Entitled “All in the Family: The American Sangh’s Affair With Tulsi Gabbard,” the article states, “By the end of her first term, one Indian paper was describing Tulsi Gabbard as ‘the RSS fraternity’s newest mascot.’ Few in the United States realize that Gabbard’s relationship with the RSS does not agree at all with the progressive image she cultivates.”

“The Sangh in America backed Gabbard because they understand that the international community is worried about the sectarian violent politics of the Sangh in India,” states Dr. Ashok Swain in the article. A Hindu professor working in Sweden, Swain claims, “They want some powerful political personalities on their side, particularly in the United States. They believe Tulsi can be one of them, who can provide them cover from international sanctions. Tulsi has also done that in the past.”

Discussing Gabbard’s interactions with Indian Prime Minister Narendra Modi, the article notes, “Gabbard emerged on the US political scene at a pivotal moment for the Sangh’s aspiration to see Modi as the Indian prime minister…. The greatest diplomatic triumph for the American Sangh was rehabilitating Modi’s tainted reputation in the United States. Gabbard played a significant part in that project.”

The article identifies nearly 60 executives in Sangh organizations — including the Hindu Swayamsevak Sangh (international wing of the RSS), Vishwa Hindu Parishad of America (international wing of VHP, the religious wing of RSS), and the Overseas Friends of the Bharatiya Janata Party (international wing of the BJP) — as donors to Gabbard’s congressional campaign between 2011 and 2014. It states that over 20 percent of Gabbard’s campaign financing came from “Sangh and pro-Modi sources” during 2013, her first year in office. It discusses how she met with then BJP President Rajnath Singh and then RSS spokesperson Ram Madhav in Washington, D.C. in 2013, the year before Modi was elected. Additionally, it discusses how she spoke at multiple HSS, VHPA, and OFBJP events as well as worked against legislation and hearings opposed by her American Sangh donors.

“Congressman Khanna’s courage in denouncing Hindutva is an example we hope all will follow,” comments Arvin Valmuci of Organization for Minorities of India. “As recent documentation published by Caravan shows, the RSS is not only involved in pogroms and massacres against Christians, Dalits, Muslims, and Sikhs in India, but it is also trying to cultivate politicians in America. Last year, Illinois State Senator Ram Villavalam took a similar courageous stand against supremacy. We hope to see words translated into action.”

Villavalam, a Hindu-American, had in 2018 stated, “I do not support any group and/or an event arranged or led by organizations that intimidate minorities, incite discrimination and violence, commit acts of terror based on race or ethnic background, promote hate speech, and/or believe in faith based nationalism. As a Hindu American, I stand with my brothers and sisters in the Hindu, Muslim, Jewish, Christian, Sikh, and other religious and ethnic minority communities against hate, discrimination, and persecution.”

“The American Sangh is especially hard at work in California right now, where they are trying to elect BJP activist Rishi Kumar to US Congress,” added Valmuci. Kumar is a Saratoga, CA city councillor who is challenging incumbent Congresswoman Anna Eshoo (D-CA) for the 18th congressional district, which borders the 17th congressional district represented by Khanna. Valmuci, however, remarks, “Kumar has a long track-record of working with the OFBJP to interfere in India’s elections from America. He joined HSS leaders Khanderao Kand and Chandru Bhambhra in 2015 to organize Modi’s ‘rock-star reception’ in San Jose. Kumar is an example of a politician who rejects pluralism and embraces Hindutva.”

Article first published on Organization for Minorities of India. 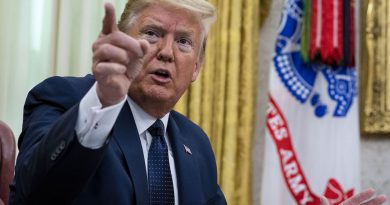 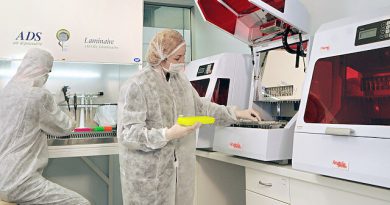 Exclusive: In Russia, a black market for HIV drug to try on coronavirus 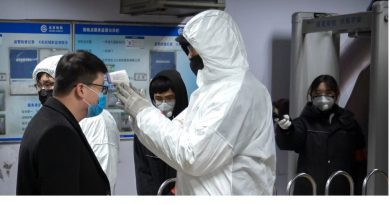