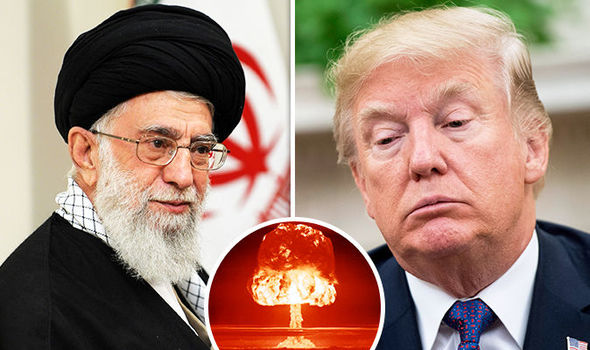 Iran is a paper tiger. Their war equipment is decades old, their armed forces are poorly trained, and their air defenses are unfit to stop the most formidable military machine the world has ever known. We know it and they know it.

Everywhere I go, people ask: What’s up with Iran? Is America serious, this time? Are the mullahs bluffing, as usual? Is it going to be war?

People are worried. War is not our piece of cake. Our region has had its fair share of wars. Iran and Iraq fought for eight years from 1980-1988. Then came the Iraqi occupation of Kuwait for over a year (1990-1991). And lastly, we had the American invasion of Iraq to topple Saddam’s regime under the pretext of the need to destroy weapons of mass destruction. Not to mention the war in Yemen and Syria, initiated by Iran and its proxies.

During these wars, millions were killed or injured. They cost the region hundreds of billions of dollars and missed development and investment opportunities. Therefore, I understand the concern about yet another conflict, with a trigger-happy, missile-ready, potentially nuclear state, like Iran.

However, I tell them to forget the threats and bravados; Iran is a paper tiger. Their war equipment is decades old, their armed forces are poorly trained, and their air defenses are unfit to stop the most formidable military machine the world has ever known. We know it and they know it.

Iran knows that it is out of allies. Russia is not going to help. Moscow has allowed over 200 Israeli air strikes against Iranian forces in Syria, because they want them out. And Russia is the last country in the world that wishes for a military conflict with America. China is even further away. Turkey is a member of NATO. Iraq has stood on the sidelines and stopped trading with Iran. Even Qatar, after all of its statements of support for the Islamic Republic, has allowed a US base to be used as the main launch pad.

In addition, Iran’s treasury cannot sustain another war. US economic sanctions are starving the beast. The Iranian economy has for ages been run by incompetent and corrupt mullahs, revolutionary guards and politicians. They overspent on their militias in Lebanon, Syria, Iraq, Afghanistan and Yemen, as well as their military adventures in Iraq and Syria. The so-called “Resistance Economy” has reached a point where a third of the population is living beneath the poverty line, and the government that intervenes in dozens of countries cannot provide shelter, food and medicine to its own victims of natural disasters.

For all of the above reasons, I do not believe Iran would dare to provoke a US military response. Not after they have seen the stark difference between the wimpy Obama and the cowboy Trump. The days when they could kidnap American marines and humiliate them on TV, then receive billions of dollars in cash delivered in person to release them, are over.

Still, mistakes can happen. Iran may use a militia in Iraq to kidnap an American diplomat or attack a US military base. A revolutionary guard may try a mine trick in the Strait of Hormuz. A zealous follower may decide on his own to avenge his Supreme Leader by blowing himself up outside a US embassy. American B52s and cruise missiles may provide a strong response to Tehran. Iran may fire a barrage of ballistic and land-to-sea missiles toward American bases and warships. The gates of hell may open.

Unlikely scenario? Yes, but it is possible, even if only remotely. On 18 April 1988, the US Navy waged a one-day battle against Iranian forces in and around the strait. The battle, dubbed Operation Praying Mantis, was launched in retaliation for the USS Samuel B. Roberts striking a mine laid in the channel by Iran on 14 April. US forces sank one frigate, one gunboat, and up to six armed speedboats, as well as seriously damaging a second frigate. Some 550 revolutionary guards were killed in the line of fire.

It seems that the mullahs in Tehran haven’t yet realized that there is a new “sheriff in town.” With all the changes in the White House, some captains in the Iranian Mother Ship still push the envelope and attempt to try American resolve. The weak response of Europe and Russia only serves to encourage them.

They also seem incapable of learning from recent miscalculations. A few months ago, Iran threatens the US, its neighbors and the world … the US responds stiffly … Iran backs down! The Iranian president makes a big stand; his military commanders pronounce their support and declare their readiness to turn words into actions. Then, as swiftly, his office clarifies that he doesn’t mean what he says, and he says what he doesn’t mean! However, his commanders still insist otherwise. That is typical Iranian bravado and contradiction – empty threats and sneaky actions.

Countries like Iran only understand the language of force. If they sense a weakness, they will take advantage. If you retreat, they attack. But if they face a true and determined force, they back down! Let’s hope they do. 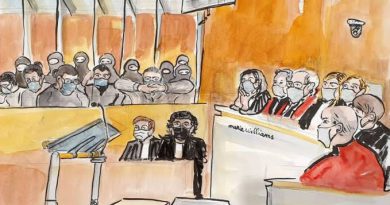 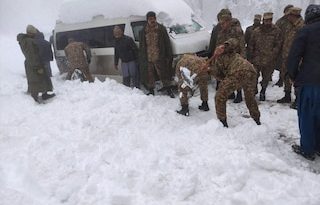 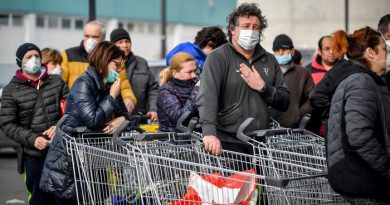