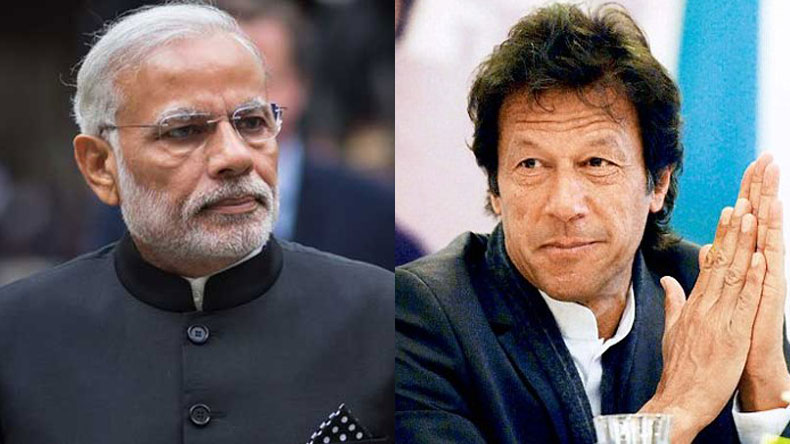 In a move pitched as a de-escalation measure, Prime Minister Imran Khan on Thursday told Pakistan’s parliament that Abhinandan Varthaman, the Indian Air Force pilot who was captured on Wednesday, would be released as a “gesture of peace”.

The announcement came hours before India’s Cabinet Committee on Security under Prime Minister Narendra Modi was scheduled to meet and about an hour before the three military services were set to address the media. The briefing was rescheduled to 7 pm.

Many Indian TV channels promptly portrayed Khan’s announcement as a victory for the Modi government. For much of the day, they had been reporting, quoting sources in the foreign ministry, that India would not negotiate for Varthaman’s release. This was because, they claimed, Pakistan was trying to create a “Kandahar-like situation” to extort what it wanted by using Varthaman’s release as a bargaining chip. After Khan’s announcement, however, the headlines shifted. “Blackmail falls flat,” screamed a headline on Times Now. “No deal, Pak folds in fear,” said News X.

Sab TV channels waale seem to get their weed from the same source. pic.twitter.com/QcUUvhagT3

Which country now has the tactical advantage is a matter of debate. However, despite the narrative of a diplomatic coup by the Modi government being pushed by the news channels, it is clear Pakistan and Khan have taken an innings lead, to use a cricketing metaphor, in the perception battle.

For India, there was irony in Khan’s “gesture of peace”. Pakistan is often derided by critics as a “military state” or a “failed democracy”. Yet, the country’s prime minister announced the release of the Indian pilot on the floor of the parliament.

There was a stark difference in how the prime ministers communicated after the Indian Air Force hit a suspected Jaish-e-Mohammad camp in Balakot on Tuesday.

Khan chaired a meeting of Pakistan’s National Security Committee. In a social media post afterwards, he said the air strike was done “for domestic consumption, being in election environment, putting regional peace and stability at grave risk”.

Another statement put out on Twitter said the National Security Committee had concluded “India has committed uncalled for aggression to which Pakistan shall respond at the time and place of its choosing”. The government also decided to call a session of the parliament, the tweet said.

Forum concluded that India has committed uncalled for aggression to which Pakistan shall respond at the time and place of its choosing.

To take the nation on board, the government has decided to requisition joint session of the Parliament.

On Wednesday morning, Pakistani fighter jets crossed the Line of Control and, as per a statement from the Indian foreign ministry, targeted military installations. Indian aircraft were scrambled. They reportedly shot down one F-16 jet of Pakistan. In this aerial battle, Varthaman’s jet was shot down. He ejected and fell inside Pakistan Occupied Kashmir, and was arrested. In what India described as a violation of the Geneva Conventions, Pakistan released videos of the pilot being taken into custody and being interrogated.

A few hours later, Khan addressed his nation, calling for peace. Invoking the danger of a nuclear war, he asked India if the two neighbours could afford a miscalculation and offered talks.

I ask India; with our weapons capability…on both sides, can we afford a miscalculation? It will neither be in my control nor Modi’s. The hurt that has been caused due to the Pulwama attack, we want to come to the table and talk about terrorism that effects us both.

Soon after, the media reported that India had handed over a dossier on the Pulwama attack to Pakistan and conveyed that it expected strong and verifiable action from the neighboring country.

On Thursday, there were signs that the international community was getting into the act to calm the battling neighbours down. In Vietnam, United States President Donald Trump said: “We have been involved in trying to help them stop and we have some reasonably decent news.”

In the morning, Saudi Arabia’s ambassador in New Delhi, Saud Mohammed Al-Sati, met Modi. It was a significant development since diplomats are generally briefed at the level of the foreign ministry. In the meantime, Pakistan’s media reported that the Saudi foreign minister was visiting Islamabad on Friday with an “important message” from his government.

At around 4 pm, Khan addressed Pakistan’s parliament and announced the Indian pilot would be released on Friday as a gesture of peace. In the same breath, he said this decision should not be seen as a sign of Pakistan’s weakness.

"Our efforts to de-escalate should not be considered our weakness. We are indulging our efforts to maintain peace in the region."

In contrast to the hands-on approach with which Pakistan’s prime minister dealt with the fast-moving developments, Modi let foreign ministry officials deal with the media. Even Defence Minister Nirmala Sitharaman, who was at the forefront defending the government against allegations of corruption in the Rafale deal, went silent.

On Tuesday, just hours after the Balakot strike, Modi chose to address a rally at Churu in Rajasthan, where he broke into poetry, drawing loud cheers from the audience. “I swear on this soil that I will never allow the nation to perish,” he said.

In the evening, Modi took a ride on the Delhi Metro and unveiled a copy of the Bhagavad Gita at the ISKCON temple in New Delhi.

Here are some images from the Gita Aradhana Mahotsav at Delhi’s iconic ISKCON temple.

Unveiled a Bhagwad Gita that is 2.8 meters high and weighs over 800 kg.

The Gita’s prolific teachings have touched the lives of millions of people across the world. pic.twitter.com/QENuLnF7C9

On Thursday, despite criticism from the Opposition, Modi addressed a Bharatiya Janata Party programme.

A study in contrast

It is nobody’s argument that the government should reveal all details of its military operations. That would be out of sync with the country’s strategic interests. It is also true that India was put in a difficult position by Pakistan’s capture of the pilot. This required mature handling and given Trump’s statement, it was clear that backdoor diplomatic initiatives were ongoing.

There is still no justification for Modi choosing not to address the nation even when tensions with Pakistan were rapidly escalating. As the Opposition pointed out, Modi decided to not even chair a meeting of all political parties. Making matters worse was the triumphalism of BJP leaders. Former Karnataka Chief Minister BS Yeddyurappa said the strike on Pakistan would benefit the BJP in the upcoming Lok Sabha election. BJP chief Amit Shah invoked it to take potshots at the Opposition in Uttar Pradesh. “Who can ensure security of the country?” he asked. “The people of the alliance or Modi ji. Who can give a fitting reply to Pakistan? Who can wipe out terrorism?”

The government’s reluctance to field senior ministers to face the press put the three military services in a precarious position of answering questions that are strictly in the domain of the civilian administration. For example, the first question to the Air Force official on Thursday was whether the attempt by Pakistan to target military installations in Jammu and Kashmir amounted to an “act of war”. The official tackled the question diplomatically but, in any responsible democracy, it is for the civilian government to determine what constitutes an act of war.

Had the prime minister taken the initiative to communicate proactively, it would have added heft to India’s attempt to pin Pakistan down, not least because it used weapons systems the United States had barred it from using in any circumstances other than fighting terrorism. By not taking the initiative, Modi allowed Pakistan’s prime minister to steal a march in the perception stakes. 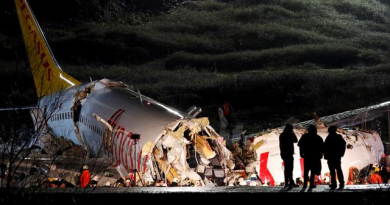 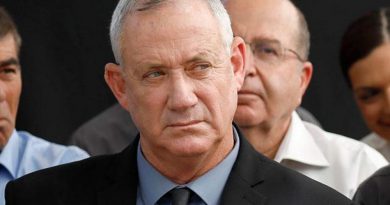 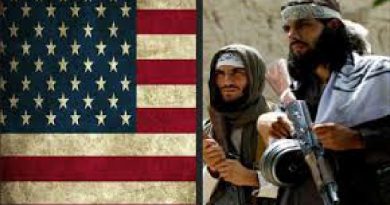 U.S., Taliban plan to sign accord after planned week-long ‘reduction in violence’