The report revealed that the number of single women has increased to more than 2.25 million, out of a total of 4.9 million females in the country. This has increased from only 990,000 in 1994, with spinsterhood the highest among females age 25-34.

A group of Tunisian women have used social media sites to call for a protest demanding polygamy.

Polygamy is a taboo issue in Tunisia and a crime punishable by law, under Article 18 of the Personal Status Code. However, a group of women have taken to social media to call for a protest to be held in front of parliament to demand polygamy.

The news was announced by President of the Forum of Freedom and Citizenship, Fathi Al-Zghal, who confirmed that “the demonstration is spontaneous and comes within the framework of advocacy to solve the problem of spinsterhood in the country”.

Al-Zghal said in a statement to Al-Khaleej Online that he did not call for the demonstration himself, but supports the idea because he believes there is a need to find a solution to the dilemma of spinsterhood.

He added that he is also calling for a review of all articles of the Personal Status Code – a set of laws that stipulate the rights and freedoms of women in Tunisia – and not only the article relating to polygamy. This includes reviewing unfair divorce procedures and abolishing the principle of adoption because it is contrary to Sharia law.

Al-Zghal has stressed in previous press statements that the women will participate in the demonstration to express their anger at the failure of Tunisia to allow polygamy. He added that “the protest is not linked to any political entity and is not led by any associations”.

The calls for a demonstration have sparked debate about the issue of polygamy, which is rejected by the majority of Tunisians but supported by a minority on the pretext of following Sharia law.

In this context, researcher of Islamic civilisation, Sami Braham, wrote that: “Unmarried women who missed a wedding opportunity believe that opening the door to polygamy will enable them to get married.” He added however that “in my estimation, and according to my knowledge of the male gender to which I belong to, the opposite will happen because the crisis will be exacerbated by men looking for younger women, unless they accept marriage as an act of charity and kindness”.

A number of activists believe the call for polygamy was motivated by political parties in order to target the Islamic Ennahda movement and distort its image before the upcoming elections. Activist Mohammed Nur Musa described the demonstration as a “Satanic idea” which “aims to mobilize supporters of the regime and its partners to distort the Islamic Ennahda movement”. “It is a failed plan which will not deceive the smart Tunisian people,” he added.

Another activist, Raouf Al-Guizani, described this demand as “electoral begging” aimed at distorting Ennahda. He pointed out that political parties close to Tunisian President Beji Caid Essebsi supported these moves and called on people not to follow these calls.

Meanwhile the Head of the National Union of Tunisian Women, Radhia Djerbi, said in a statement to Alkhaleej Online that the articles of the Personal Status Code were approved by the Tunisian Constitution and cannot be amended through protest.

Djerbi considered calls for protests demanding polygamy to be “a form of madness, a pathological phenomenon. She claimed that it also “indicates a lack of awareness of those who demand it,” adding that “this will not affect the lifestyle of Tunisian society or the achievements of Tunisian women”.

According to the latest report published by the National Office for Family and Population in December 2017, Tunisia is one of the countries with the highest rate of reluctance to get married, with figures standing at 60 per cent – much higher than the ratios of other Arab countries.

The report revealed that the number of single women has increased to more than 2.25 million, out of a total of 4.9 million females in the country. This has increased from only 990,000 in 1994, with spinsterhood the highest among females age 25-34.

According to an international study conducted in December, Tunisia ranked fourth in the Arab world and first in north Africa in the percentage of single women. However, sociologist Salahuddin Ben Faraj does not see polygamy as the solution to the problem. Ben Faraj told Alkhaleej Online that “polygamy will open the door to the emergence of new social problems that do not exist today,” pointing out that “the implementation of this idea is almost impossible in Tunisia, as polygamy had not exceeded 5 per cent since it was allowed centuries ago”. 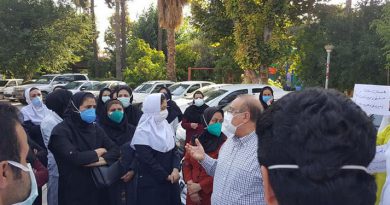 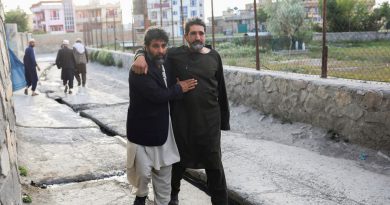 Blast kills more than 50 at Kabul mosque, its leader says