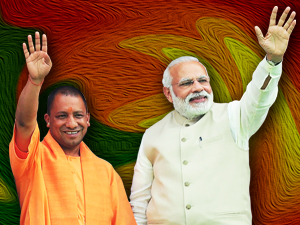 In our politics today, it fits Uttar Pradesh Chief Minister Yogi Adityanath. He is going around giving speeches in other states as the BJP’s Grand National Polariser.

He fires the imagination of the faithful and entertains them. But they are going to vote for the Bharatiya Janata Party (BJP) anyway. His inability to swing the vote in any place else is now evident.

So far, I’d maintained that Narendra Modi’s biggest blunder as prime minister was demonetisation. I have changed my mind.

Demonetisation continues to be a blunder. Even if it paid rich dividends in the Uttar Pradesh elections soon after, Modi erred in gifting away that incredible success to Adityanath, whom no one had voted for.

The first issue with Adityanath isn’t that he is doing anything different from what he was handpicked for. It is just that he’s doing that job much too well. He was supposed to polarise not just Uttar Pradesh but also the rest of the country, especially the Hindi heartland. He is doing that with aplomb.

It’s just that he is defying two presumptions of two of his party bosses. One, that they will be able to control him. And two, that as he goes around the country as a communalising para commando, he will make sure that his state will be properly governed, and he will deliver the seats there.

Now he looks incapable of either. He can’t deliver seats in Uttar Pradesh, and isn’t swinging elections elsewhere. That’s why, a disaster in Lahore and a disaster in Peshawar.

It was also said that if Modi could keep Gujarat in control while campaigning nationally, so could Adityanath. But Modi had already been entrenched in Gujarat for 12 years, and Adityanath isn’t Modi. Modi left Hindutva behind in Gujarat in 2013-14 and took a more inclusive idea of the growth-driven Gujarat model of governance to the rest of India.

Adityanath is exporting his Gorakhpur-style gau-bhakt Hindutva, Uttar Pradesh’s completely broken governance model, and a divisive discourse. His rise is enabling a new lumpen class of semi-literate, unemployable saffron power to rise across the country. I’m not sure even he knows how to rein in the emotional and physical malevolence he is unleashing.

His Ali versus Bajrang Bali, Hanuman-is-a-Dalit, Owaisi-will-have-to-leave-India, Hyderabad-will-become-Bhagyanagar, who-killed-the-cow after his police inspector was murdered in a mere “accident” etc, may not have embarrassed his leaders.

His brief, or KRAs (Key Result Areas, as HR people prefer to say), included saying what others would rather not. But he is going too far and too fast. And solo.

If his language doesn’t embarrass his leaders, why should they complain?

For two reasons. One, it is not translating into votes. Yet, it is just that he has now emerged as his party’s most sought-after campaigner. In recent travels through poll bound states, we found that he’s the campaigner BJP candidates wanted most of all.

As India’s Greatest Polariser, he has begun to overshadow his bosses. You could call him the BJP’s Navjot Singh Sidhu, except that he has India’s largest state under his belt.

And when it comes to his party’s basic ideology, he is even more a “native” than any Modi or Shah. He’s the inheritor of one of the biggest Hindu seats of power.

Narendra Modi had firmly put down Pravin Togadia when he was doing some of this. Adityanath isn’t so easy to tame. He isn’t just a shaven-headed, saffron-robed Togadia.

He’s the reigning spiritual and temporal head of a huge Hindu temple sect. His following is rising among his party’s faithful. On his own ambition, he hasn’t said much yet.

Just note that at the Dainik Jagran conclave, he did let slip a boast that, left to him, he would settle the temple issue in 24 hours.

He isn’t an immediate threat to Modi. But he’s becoming big trouble. Unlike when Modi ventured out of Gujarat, Adityanath’s own state is slipping out of his grasp.

Unemployment and frustration have ruined the optimism Modi’s campaign generated, and remember, no one voted for Yogi except in Gorakhpur.

His party will probably overlook cow-related violence. It suits them. It is his diminishing political control that would worry them. In the general elections due within six months now, how many seats does the BJP expect to win in Uttar Pradesh?

Modi and Shah have created Frankenstein’s monster in their front yard. He can divide, his own state and the rest of the country, but can’t deliver the seats anywhere.

Yet, if the party fails to get sufficient numbers in 2019, he will become a key player. Given a free rein for another six months, he will damage social cohesion across the country.

For a weakening Modi, therefore, Yogi is now a lose-lose-lose proposition: Bad optics, worse governance, and the worst politics.

Which is the reason we now elevate him, the third most powerful man in the BJP, above demonetisation, as Modi’s greatest blunder. 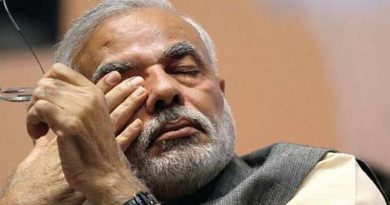 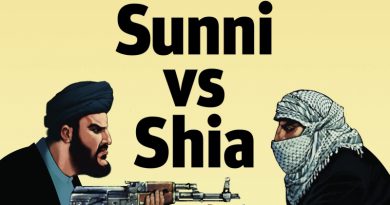 OPINION: The Dangerous Flaw in the New Israeli Government