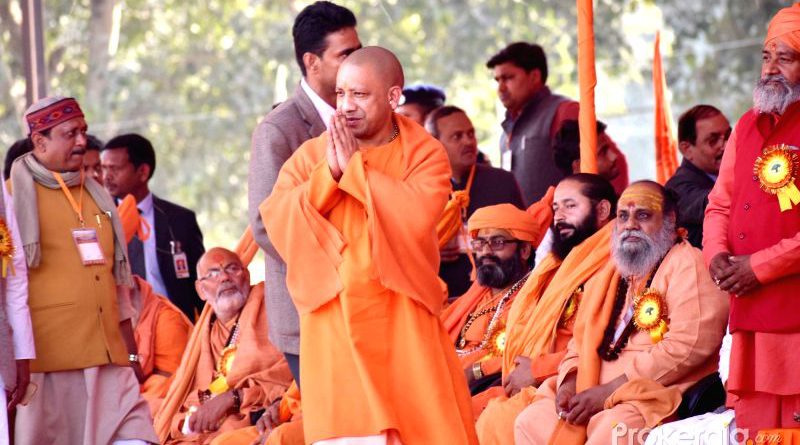 It feeds on a deep-seated inferiority complex among Hindus that the symbols representing India largely bear a Muslim identity, thereby making India look like a Muslim country.

We fail to see in the excitement generated by the incessant renaming of towns and railway stations in India that the past, which these new old names allude to, is an imagined land that we are being invited to inhabit. We are not exactly recovering lost ground, because as the Hindi poet Bodhisattva wrote, there never was a Prayag that the Rashtriya Swayamsevak Sangh and the Bharatiya Janata Party (BJP) claim to be restoring now. What is being sold in the defence of capturing the glory of the past is an ideological construct.

This was clear when a nativist and “vulgar” name like Gurgaon was elevated to Gurugram. The defence used for the change was the myth of Gurugram having been the abode of Dronacharya. Gurgaon has been flaunted as a futuristic city. However, there was no protest from the citizens of this postmodern city to the name change. No question was raised about why the tradition of Dronacharya, who had tried to disable his student, Ekalavya, by cutting his thumb needed to be celebrated.

Why is the BJP getting away with this? Simply because, for a long time, we have been fed with nostalgia about an India that was “taken away” from us 1,200 years ago. We have been told — and we believe — that Bharat was once a “Sone Ki Chidiya (a golden bird)”. The era of the Guptas is referred to as “Swarna Yug (golden period)”. This historical imagination leads us to believe that the golden age ended with the coming of the Muslims and all we have to do now is go back to that period. When I heard an old, seasoned socialist lament the cowardice of the Indian people which kept them under different forms of slavery for more than 1,000 years, I realised that this is so deeply ingrained in us that it has almost become a part of our subconscious. This can also be the reason for Prime Minister Narendra Modi not facing censure in Parliament when he said, while speaking after the debate on the motion of thanks to the President for his address, that the slave mentality of 1,200 years continues to trouble us.

The subconscious feeling is that nothing new was created in this period, especially during the time of Muslim rule. It is that everything new was created before these rulers came here, and what they did was break what was created, distort them, or simply defile them by giving them new names, their names. So, the Babri Masjid could not be a new monument; it had to necessarily be built on the ruins of an earlier existing structure. Nor was the Taj Mahal; it was built on a Hindu temple. This feeling is of ownership as well as authorship. It feeds on a deep-seated inferiority complex among Hindus that the symbols representing India largely bear a Muslim identity, thereby making India look like a Muslim country. We take comfort in the so-called fact that nearly 95% of Muslims in India were originally Hindus who were later converted, and it is therefore possible to restore them to their Hinduness. It is the same belief that plays out in the quest to rename places and monuments — they don’t need to go, they only need to be renamed and rehabilitated.

It has been argued that even after centuries of “Muslim rule”, neither Prayag nor Ayodhya vanished. Ayodhya coexisted with Faizabad, and Allahabad kept Prayag alive in it. But the “originalists” will rest only after erasing Muslim or “alien” names which have covered the original Hindu names. But Indian culture presents a unique challenge for them. For example, how should Patna be rechristened? As Pataliputra, Bankipur or Patna Sahib? How do you deal with Sheikhpura? It has Sheikh, a Muslim-sounding name, plus Pura, which comes from a Sanskrit ‘pur’ or ‘puri’. What do we do with mohallas?

This brings us to the real intent, which is something else. In some villages in Haryana, Muslims live disguised under Hindu-sounding names. This is seen as their willingness to assimilate into “Indian culture”. Culture is manifested in names, clothing, food habits, etc. Muslims are constantly asked to adopt so-called Indian ways, which means accepting Hindu norms in all aspects of their life. It is now being argued that even mosques are not essential for their religious identity.

The renaming of places and “reclaiming” of monuments are part of a large and long process of cultural genocide. The term might be extreme for some people, but for Raphael Lemkin, the man who coined the term genocide in his book Axis Rule in Occupied Europe, the cultural destruction of a group is as important as the physical annihilation of its members. According to Lemkin: “The world represents only so much culture and intellectual vigour as are created by its component national groups. Essentially the idea of a nation signifies constructive cooperation and original contributions, based upon genuine traditions, genuine culture, and well-developed national psychology. The destruction of a nation, therefore, results in the loss of its future contribution to the world… Among the basic features which have marked progress in civilization are the respect for and appreciation of the national characteristics and qualities contributed to world culture by different nations — characteristics and qualities which… are not to be measured in terms of national power or wealth.”

We need to stress on original contributions, on the genuine traditions that Lemkin mentions. A community feels diminished if it is made to think that it has not made any genuine, original contribution to the life of a nation of which it is a part. The drive to free India of Muslim influences is a clear message to the Muslims that this nation is not the result of cooperation between them and other religious communities. It is a message that they have made no contribution to India’s cultural life.

In The Discovery of India, Jawaharlal Nehru describes India as an ancient palimpsest on which layer upon layer of thought and reverie have been inscribed, and yet no succeeding layer has completely hidden or erased what had been written previously. Nehru understood the way cultures grow. They are not ordered from above. He does not propose that we go back to our origins to feel authentically Indian because there is no original point as such in the life of a nation. In the same vein, Kwame Anthony Appiah, in The Lies That Bind, says a nation is a “fabric to be woven, not a mineral to be mined.”

We must be clear that the present regime is not interested in culture. It is interested in capturing the nation by making Hindus feel that they have conquered this land and taken it back from “aliens”. A drug is being generated and it is putting people on a high. It is the drug of victory.

The nationalist project of the present ruling party is based on the idea of making invisible and subjugating an entire population to keep the majority in a permanent state of dominance. This renaming is part of a cultural genocidal project.

The article first published on The Hindu.

Apoorvanand is a professor at Delhi University. 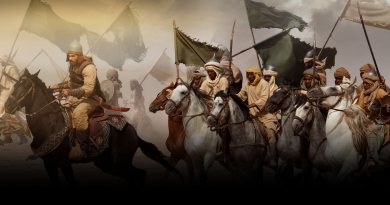